GreeceBusinessGreece and Europe: In Or Out of the EU? ...
BusinessCommunityFeatured

Greece and Europe: In Or Out of the EU? By Christos C. Evangeliou Professor of Philosophy 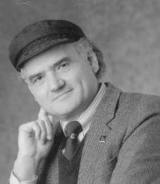 Greece and Europe: In Or Out of the EU?

The spectacle of a miserable Greece sinking in dept and begging the other countries of the European Union for help is too painful for many Greeks in Greece and the Diaspora to witness and to bear without breaking their hearts. It shows that Greece perhaps was not ready to join the Eurozone, and certainly that it is not capable at the present to handle the difficult financial situation by sustaining successfully the pressures of the unfolding European economic crisis.

The situation is so critical that affords the opportunity for reflection regarding Greece’s place and its possible future in or out of the EU. The time has come for the Greeks and their political leaders especially to face reality and to decide whether they wish to remain in the EU and play with its rules of engagement as the poorer of poor relatives of the South; or whether they prefer to remind themselves of their traditional Greek pride (philotimo) and act accordingly.

In the latter case, they must be honest with themselves and try to get out of the Eurozone and even out of the European Union all together. They may leave Europe to Germans and keep Greece for the Greeks as its citizens. They may then learn to live like their Spartan ancestors with little money and material means, but with much precious freedom, dignity, pride, and glory.

In retrospect, the late Andreas G. Papandreou was right, when he rhetorically declared that “Greece belongs to the Greeks,” and not to Europe or to the West, as his political opponents claimed. It is rather unfortunate that he did not mean it, but used it as a political ploy to get more concessions from the EU thirty year ago. The sums that he got from Europe he distributed to his political friends unwisely, instead of investing them to educate the fellow Greeks and improve their competitiveness economically and otherwise in the EU. However, the policy that tells the Greeks or any other people, that they may “borrow and spend money that they do not have,” is a recipe for disaster. He should have known it as “the distinguished economist” that he was.

It is ironic that the PASOK of Andreas Papandreou, which has morphed into SYRIZA and won the recent Greek election under the leadership of Alexis Tsipras, is called upon to pay the price and face the unprecedented humiliations in the centers of power of the Eurozone.

Anyway, times of serious crisis can also provide great opportunities for responsible decisions and possible changes of direction. The decisions, which the New Greek Government and the Greek political leadership in general will have to take soon, perhaps should be based on the following four fundamental traits of the Greeks, of Greece, and of their historical Hellenism.

The first reality is the fact that, by any possible measure, Greece is and will remain for the foreseeable future one of the most beautiful countries on earth. Her clear blue skies, her clean Aegean islands, her sandy and sunny beaches, have been the preferable destination for high quality visitors, who know how to appreciate the glorious history hiding behind the physical beauty of Greece. It has been divinely placed in the middle of the Mediterranean Sea, at the point where West meets the East and North meets the South, and this meeting has been culturally the most fertile ground of all in the last three millennia. The warm sun of Hellas and its Aegean breezes can become valuable sources for renewable and sustainable clean energy at the present and more so in the future.

The second reality is precisely the fact that Greece or Hellas has the most glorious history of any nation on earth, not only in Europe and the West, but also ecumenically. From the Persian Wars in the distant past to the recent two World Wars, Greece has fought vigorously and victoriously on the side of freedom. No other country can claim so many great heroes (Heracles, Theseus, Jason, Odysseus, Achilles, Oedipus, Hellen, Macedon, etc); or so many well-known poets (Homer, Hesiod, Aeschylus, Sophocles, Euripides, Aristophanes, Cavafy, Kazantzakis, Elytes, Seferis, etc); or even great philosophers (Thales, Pythagoras, Anaxagoras, Democritus, Socrates, Plato, Aristotle, etc.). Greece was present as a protagonist in the historic drama as it unfolded in the Classical times, in Byzantine times, or in modern times in the fight for freedom

The third reality is the Greek people itself. As history has shown, the Greek people diachronically have proven to be very intelligent, creative, generous, proud, passionate, and very competitive. They thirst for knowledge and strive to succeed and excel in every task they set their minds and their hearts on. That may not be so evident these days, of course, when historical circumstances have conspired to keep Modern Greece artificially small, weak, and dependent on the so-called European powers, which deep in their hearts do not really want to see the Modern Greeks prosperous, so that others can claim that they are the real inheritors of past Greek glories. One has to look at the Greeks abroad to see what they are capable of accomplishing indeed.

The fourth reality is precisely the fact of the present greatness and of the future greater potential of the Greek Diaspora. It is a fact of life for Greece today that almost as many Greeks live outside Greece as they live in Greece. They live and work, thrive and excel in every field and in every inhabited corner of the earth. As a rule, they are aware and proud of their Hellenic heritage and really concerned when they see the Fatherland to be treated with the kind of contempt that we have witnessed lately in the news media in Europe and beyond. It is time therefore, that this other “Greece outside Greece” becomes better organized, politically aware, with its economic muscles more flexed, and its appealing image more visible internationally.

Based on these Hellenic traits and realities, the political leadership of Greece, especially of the two ruling political parties, should be able to find a way to cooperate sensibly in order to accomplice the following tasks and preserve the honor of Greece and the dignity of its people:

These measures do not promise to make the Greeks rich easily and quickly by borrowed money, as previous Greek Governments did, unwisely and irresponsibly. But, if adopted and applied prudently, they have the potential to make Greece a model of modesty, honesty, and happiness, as Aristotle defined happiness, “an activity of the soul in accordance with virtue.”

Alternatively, the Greeks may continue to promise the Europeans what they know that they cannot do, that is become like the Germans, and allow Greece to be the joke of the Europeans and of the whole globe. Greece, its people, and its historic heritage deserve better.

Dr. Christos Evangeliou is Professor of Philosophy, Honorary President of IAGP, and the author of several books including the most recent, Themata Politica: Hellenic and Euro-Atlantic.