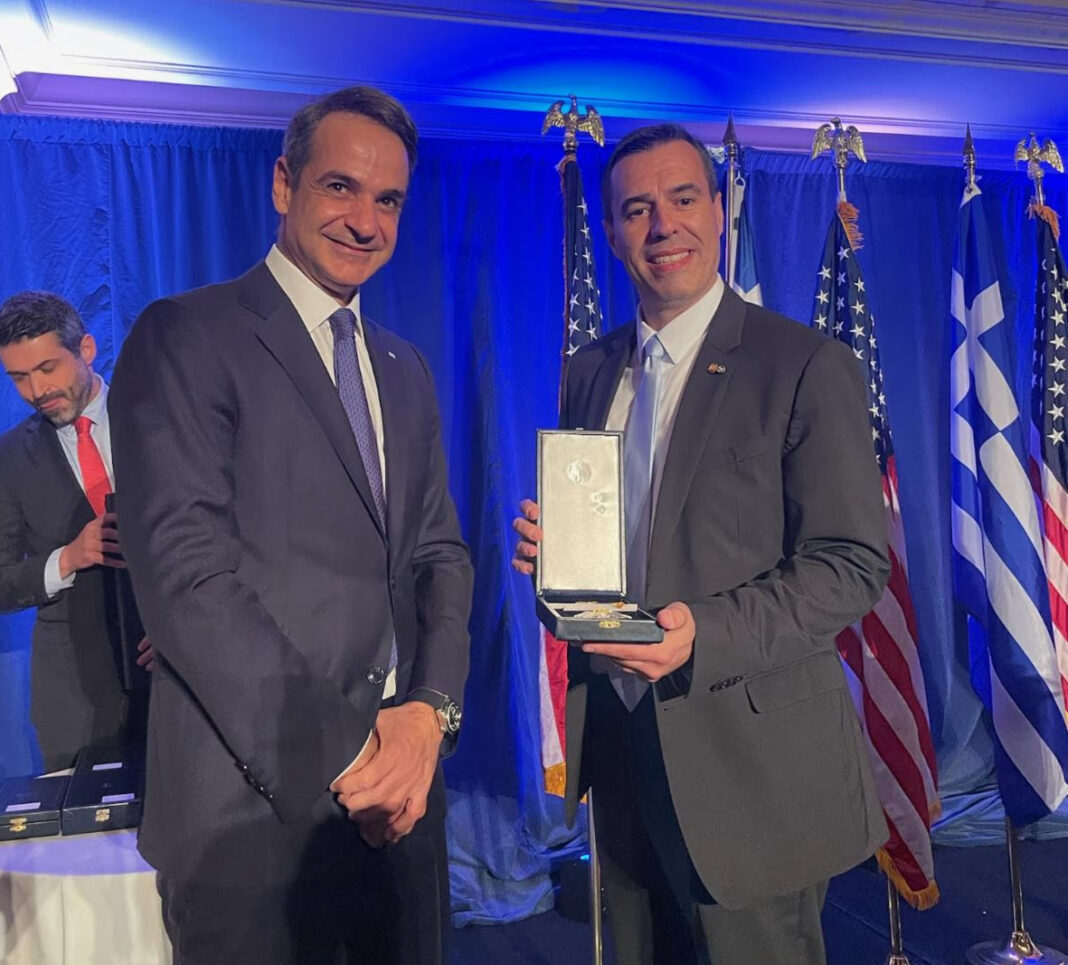 Prime Minister of the Hellenic Republic Kyriakos Mitsotakis presented the Order of AHEPA with the Grand Commander of the Order of Phoenix, the highest honor Greece bestows, at a dinner held in concert with the prime minister’s visit to Washington, D.C., May 17, 2022.

“It is with an immense sense of awe, weight, and responsibility that I accept the Order of the Phoenix on behalf of the Order of AHEPA because this significant recognition is earned on the blood, sweat, and tears of generations of Hellenes, many of whom immigrated to the United States in search of a better life,” Supreme President Jimmy Kokotas said.

Supreme President Kokotas conveyed the Order’s sincere gratitude to Prime Minister Mitsotakis and asked that he extend AHEPA’s appreciation to President of the Hellenic Republic Katerina Sakellaropoulou, and the people of Greece, for the incredible honor bestowed to AHEPA.

He also congratulated the prime minister for a successful historic visit to Washington where the prime minister met with President Joe Biden (remarks) Speaker Nancy Pelosi, and delivered remarks to a Joint Meeting of Congress, a first for Greek premier.