GreecePoliticsGREECE: The strategy against COVID-19
Politics

GREECE: The strategy against COVID-19 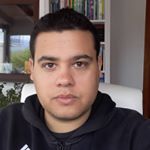 The extension beyond the quarter of the contracts that will be signed by the assistants (except doctors) who will be called to replace the unvaccinated employees of the NSS who are suspended and the extension of the contracts of the assistants who work in the health system and expire during this period, in order The Ministry of Health is studying to fill the gaps that are being created, while it is also proceeding with temporary staff transfers, as Deputy Minister of Health Mina Gaga stated during the meeting with the journalists.

He reiterated that procedures are underway to hire 500 permanent doctors in the system, as well as 4,000 nurses.

Regarding the pandemic, Ms. Gaga said that special emphasis will be placed on informing the public about the vaccination against covid-19, saying that “we must persuade them to be vaccinated for their own safety”. We will move, he noted, in all directions and we will work with all stakeholders to explain the right information in the best way to the citizens.

Regarding the death rates recorded in Greece, the Deputy Minister of Health said that in our country doctors put in the ICU and elderly patients with extremely burdened health status, “making a last effort to save them. “This is not happening in all countries.” And so, he explained, it seems in some individual 15 days that these patients will receive in the COVID ICUs to show higher death rates. This, however, he clarified, does not concern the general picture. “We stand firmly next to highly developed countries with rich health systems like Germany,” he said.

He also noted that at present more than 90% of patients treated with covid-19 carry the “Delta” mutation, “there are cases of 50s and 60s as well as younger ages, but the majority of patients are older and unvaccinated.” However, as he said, today things are better, as although high incidence rates are recorded, we have fewer hospitalizations.

He spoke of a “flexible NSS” as -as he said- the pandemic is constantly changing the data, emphasizing that there is a plan to deal with increased cases that will require hospitalization.

Ms. Gaga also stressed the need to take protective measures, especially the use of a mask, to reduce the spread of the virus, but also to prevent seasonal viruses such as the flu.

He also referred to the reorganization plan of the NSS. The health system, he said, is unified, from the PHC to the tertiary, and on this basis is based the planning for good Health services.

He spoke about the creation of centers of excellence, where every patient has the help he needs and utilization of telemedicine.

Regarding the involvement of the private sector, he said that for many years now the private sector has been involved with the public and there are ways of interconnection, at low cost for the citizen for better health services.