GreecePoliticsGREECE: Vaccination and easily accessible tests for more effective treatment of the...
GreecePolitics

GREECE: Vaccination and easily accessible tests for more effective treatment of the pandemic 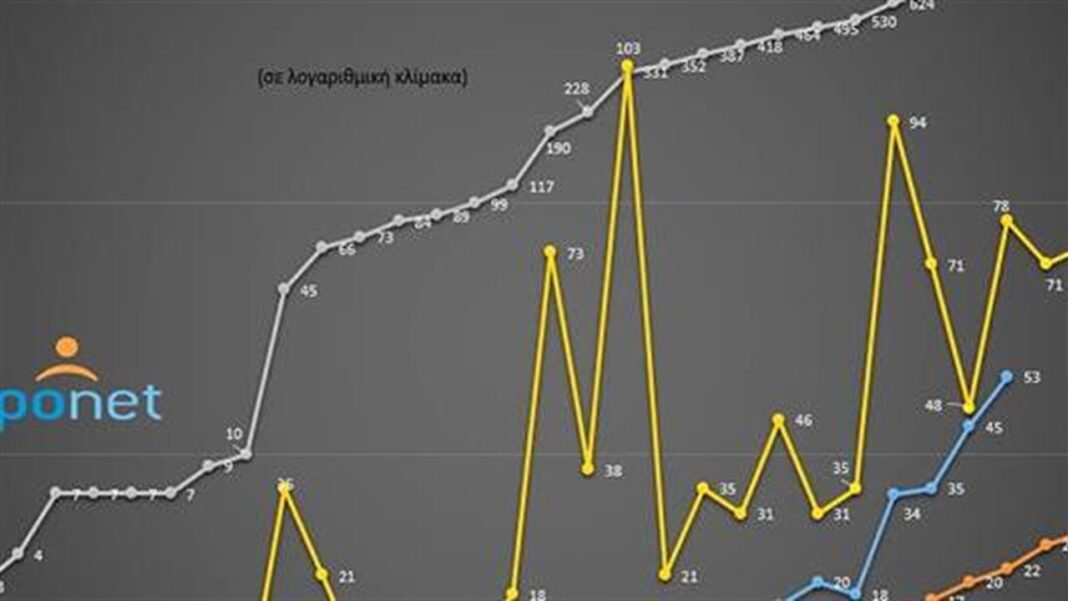 With the vaccine as a “weapon” and the easily accessible and fast tests this fall, we have the opportunity for a more effective treatment of the pandemic with less social costs, underlined the assistant professor of Epidemiology and member of the committee of experts, Gikas Magino, during the briefing on the course of the pandemic. He even clarified that any citizen who has symptoms of Covid-19, has access to the Health system, either vaccinated or unvaccinated. “No citizen has been excluded from the health system, if he needs it,” he stressed. He added that someone who has a positive self test can contact the TOMY for confirmation, but can not use the positive result for specific activities. He also clarified that the asymptomatic unvaccinated person cannot take a test to present it at work or anywhere else, as from September 13, the unvaccinated person must submit a rapid test from private centers, which they pay in the amount of 10 euros.

Mr. Majorkinis noted that with the increase of tests it is natural to have an increase in diagnoses and spoke of a “transitional period”, emphasizing that we should be very careful with the numbers of diagnoses. “The picture will be clearer by the end of September, when we expect an increase in transmissibility, due to an increase in indoor time.”

Regarding the Public Health intervention for screening with antigenic self-tests, to date about 50.3 million devices have been distributed to approximately 4.7 million citizens. We have 33.6 million online applications on the online platform. The total number of positives that have been confirmed in the test by health professionals is 98,000.

Asked about the reduction in vaccine protection over time and administration to the general population of the third dose, he said it was still an issue and according to the data, “a percentage – not too large – of protection may fall. “The most important part of the vaccines, however, seems to be preserved, namely protection against hospitalization and death. This does not seem to have such a significant impact on the general population,” he said. He added: “We may be stuck with the vaccine, but we know that vaccines do not provide sterile immunity. “Now or not. It may be more useful in a pandemic outbreak, to reduce Rt,” said Majorkinis, stressing that the issue of boosting doses is of concern to scientists.

Course of the pandemic in Greece

The total number of new diagnoses in the country showed a significant decrease for the third week, the epidemic is in a phase of contraction, which is reflected in the pressure on the health system, which is “slightly but significantly improved”.

Specifically, 12% fewer diagnoses were recorded. The number of deaths showed a significant decrease with about 18% fewer deaths than the previous week.

The number of people being monitored in the Intensive Care Unit over the past week has dropped by about 6%, while the number of new admissions with Covid is falling to less than 250 per day and approaching 200 per day. The ticket – exit balance shows signs of decline, below the unit.

The course of the pandemic worldwide

To date, more than 227 million infections and nearly 4.7 million deaths from Covid-19 have been reported worldwide. The rate of new diagnoses is declining, by about 9% in the last week. Approximately 550,000 diagnoses per day were recorded. The death rate also fell by 6% to about 8,600 per day.

The epidemic in Europe shows a recession with a 5% decrease in diagnoses, but a 3% increase in deaths, but less than last week.

More specifically, the rate of new diagnoses is at the level of 119,000 diagnoses per day, while the rate of deaths increased to about 1,590 per day. Of the 47 European countries, 26 showed an improvement in the epidemiological situation.