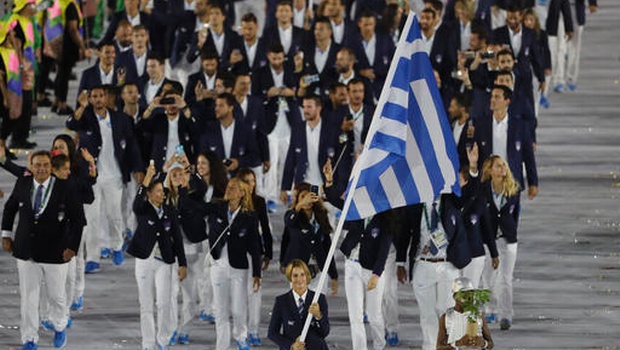 Rio De Janeiro – The 2016 Olympic Games at Rio de Janeiro have come to a close, and Greek athletes have earned three medals for their motherland, Greece.
Shooter Anna Korakaki had won the first medal for Greece, which was bronze in the Women’s 10 meter air pistol competition. In the Women’s 25 meter pistol, she triumphed after winning the gold medal. She is the sole Greek female athlete to win multiple medals in a single Olympiad.
Eleftherios Petrounias
Fernando Frazão, Agência Brasil

In the still rings, as Digital Journal reported, on August 15, gymnast Eleftherios Petrounias took home the gold, after delivering a flawless routine on the rings, where Petrounias emerged as the new “Lord of the Rings.”

Katerina Stefanidi was crowned the new queen of pole vault in Rio de Janeiro, after clearing 4.85 meters, on August 19, in a tight race with American pole vaulter Sandi Morris.

After a very tight race, which resulted in a tie in timing, long-distance swimmer Spyridon Gianniotis,the oldest competitor in the event, won the silver medal in the Men’s 10 kilometer open water marathon swim on August 16.