GREEK-AMERICAN ACTOR / MUSICIAN JAMES PRAVASILIS ON THE CUSP OF GREATNESS 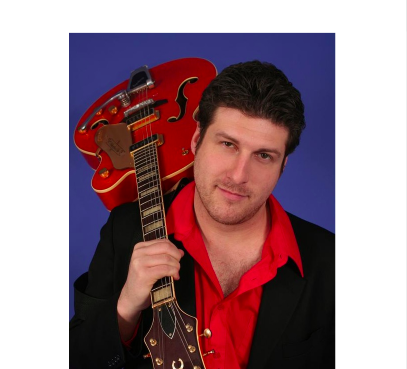 It was a humble event that brought James out to the Long Island Independent Film Festival. His shorts “Prime” and “Sexual Healing” were being presented there. Joining James at the LIIF was his band-mate,

Award-winning actor Danny Aiello, who was there to receive a Lifetime Achievement Award. For James being a part of the festival was an honor and he has already been featured in 18 festivals so far.

James first received the acting bug at eight years old when he went to a show with his mother at Radio City Music Hall.  While they waited for the show to begin they were munching on candy that they snuck in. They were then approached by security and James thought they were busted for smuggling in candy.  But something unexpected happened. His mother was asked if her son would be interested in taking part in a skit prior to the show. She said sure and he was escorted to the backstage and was instructed on what to do.

The show was based on the character Lassie, the dog. It was a fun experience for young James and the acting bug would fester for some time.  His first real love was music and he jumped into it head first. He was inspired to learn the guitar after he heard the classic song “Black Dog” by Led Zeppelin.  It was then that he told his mother that he wanted to lean the instrument.  He would pick it up quickly and decided he wanted to attend a music school.

“I do feel my Greek culture and its contributions in music and the arts has been passed on to me and I have embraced it wholeheartedly.”

James applied to the Manhattan School of Music and Brooklyn College but was not eligible. At the time he was working for an air conditioning company and dreaded it. But working there was the reason he discovered Mannes College of Music and ended up being accepted and majored in Jazz Performance.  After graduating he would end up playing with four or five bands and teach guitar. In his 30 year career he played with many groups. But things were rough for him and he needed to find another avenue to earn. He had his own band called Groove Assault which disbanded in 2003. They were a fusion of genres the best review they received was – “Miles Davis meets Parliament at Black Sabbaths’ house.”

This is when the acting seed began to sprout. He was playing guitar for Danny Aiello and mentioned to the famous actor he would like to return to acting. Danny thought it was a great idea and told him to pursue it and not give up. James was in his 30’s at the time which was around the same time that Danny himself approached acting.

He met Danny through drummer Joe Geary who James was jamming with. Joe was married to Tracy Miller who was Danny’s publicist. James has been playing in the Danny Aiello Band for some time now. He began acting in 2005 and did many plays and films. Working on films is what he enjoys more but also loves theatre or TV.  James has done many documentaries and was on the show “Billions”.

Currently, he has one of his shorts “In Silence” on the festival circuit which is receiving good feedback. As mentioned earlier his own project “Prime” has already been nominated four times and has two wins under its belt. It is a sci-fi film with an interesting story that he is hoping to create a series. The project was produced by ImPravisation films in association with JAG42 Films.

“The film is based on an Orwellian narrative a sci-fi drama project.  I have always been into sci-fi from my love of “Star Wars” to “Battlestar Galactica”. Besides sci-fi I have always enjoyed comedies one of my favorite comedies was “Bosom Buddies” with Tom Hanks.”

On the horizon he is working on a new project entitled “3 Grand Souls” he has already set up the cast and crew. He is searching for a director and of course the funding. James is on a serious mission to achieve the most he can as an actor and producer.  To follow him on this journey visit him at

Previous articleAHEPA Grand Banquet Honors Community Excellence
Next article“We are Sons and Daughters of Light,” says Archbishop Demetrios, on the Feast of the Transfiguration of Christ