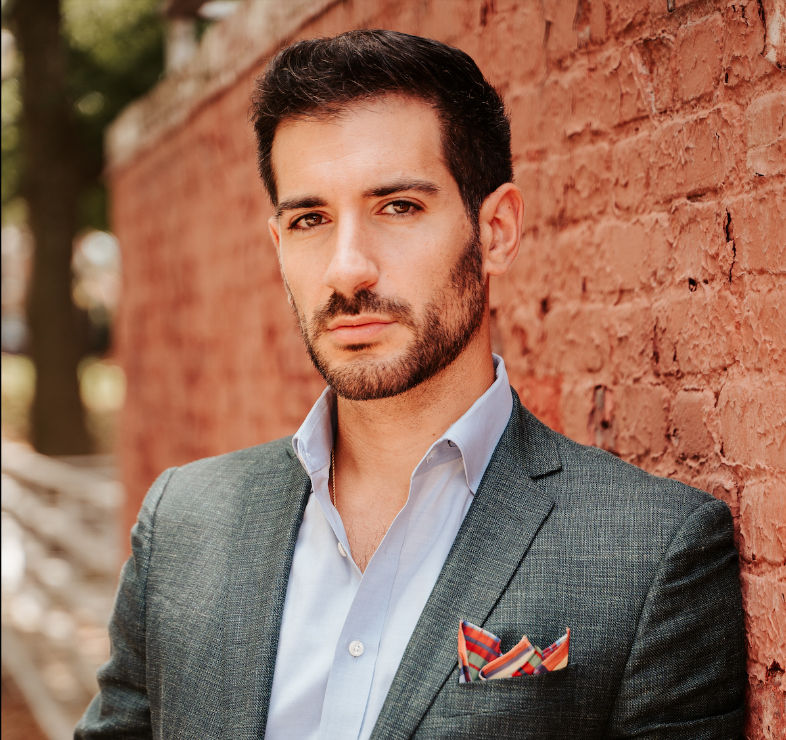 Greek-American entrepreneur Anthony Orisses chatted with HNA about being the founder of RARE CUT, and he opened up about his heritage and being an entrepreneur in the digital age.

On his new business venture with RARE CUT, he remarked, “I invented a pocket square that holds its shape no matter how you bend, twist, or fold it, it stays up. The magic comes by infusing a soft, paper thin memory metal in between the sheets. We did a randomized survey through Surveymonkey and found that 93 percent of men who wear a pocket square experience it falling or losing its shape.”

“The most common makeshift solutions have typically been using tape, cardboard, or other secondary holders to try to solve this issue. With RARE CUT, we’ve make folding and shaping easier than ever and you no longer need an additional accessory for your accessory. We are launching on Kickstarter on Wednesday, September, 23.”

When asked about the idea of RARE CUT, he stated, “One night, I was at a work awards dinner where everyone was dressed up and looking their best. My coworker told me that his wife bought him a $100 pocket square for the event. I didn’t even know they made $100 pocket squares. As the night went on, he kept taking it out to fold and refold it but it wasn’t holding and kept falling apart. I remember him saying what a pain they were to fold into the specific shape he wanted.”

Orisses continued, “The next day we got our pictures back from the event, and we noticed that his expensive brand name pocket square was nowhere to be seen in any of the pictures, it completely sunk and disappeared! Then I started noticing this problem everywhere –guys wearing suits and blazers on the streets of New York City, in pictures on Instagram, even grooms and groomsmen at weddings. I realized how common this problem was and knew there had to be a better way, so it sparked an idea and I decided to take action.”

On being an entrepreneur in the digital age, Orisses said, “All in all, it makes life and putting together a business a lot easier to stay organized. I can’t even fathom how people were able to build a startup years ago without access to this technology. There are countless tools at our disposal designed to make our lives easier but sometimes trying to keep track of the multitude of apps and resources available can sometimes feel a bit overwhelming. I still like to write down my notes and ideas in a notebook to stay organized.”

Regarding his use of technology in his daily routine, he shared, “I pretty much always have my headphones on, listening to entrepreneurial or self-development podcasts to learn on the go or music as a soundtrack to my day. I have Siri set reminders for just about everything – reminders to send texts, calls, or making appointments. Of course, I use social media as a means of staying in touch and keeping updated with friends.”

“I just recently started using Sleep Cycle to monitor my sleep and to schedule waking up during a time frame when my body is outside of REM stage sleep and feels most refreshed,” he said.

Orisses noted that each day, he is motivated by his family. “Making people smile and brightening their day. Being a better version of myself than I was yesterday. Growing and building my business while having fun doing it,” he admitted.

For Orisses, he revealed that being Greek-American is a very significant part of his identity. “I’m very proud of my heritage and of my roots. My family on both sides are from Chios, Greece and I am a second-generation Greek-American. I attended day school at St. Nicholas and continue to be in close contact with many of my classmates,” he said.

“My grandfather, Costas Parthenis, was the dean at St. Demetrios in Astoria for 40 years,” he said. “He was very well known and highly respected because he cared so passionately about teaching his students about our rich history. He and I were very close and I would love listening to him tell stories about ancient Greece, mythology, philosophy, and his own personal experiences growing up in a small village. I make it a point to visit Greece as often as possible and to get involved in the local Greek community.”

For young and aspiring entrepreneurs, he encouraged them to model a person or a company who has already done what you are trying to do. “Learn from their successes and failures. This will save you a tremendous amount of time, money, and will be your road map to growth,” he explained.

He defined the word success as follows: “To me, success means winning the day by fulfilling your own true potential in all areas of your life. Oftentimes, people look towards the distant future to when they think they will consider themselves ‘successful’.”

“If you moved the ball forward today, if you truly feel like you are an improved version of yourself compared to yesterday’s you, then you had a successful day. It’s really just a matter of compounding good day after good day until you form routines and winning habits. Every single one of us has control of our efforts and our attitude,” he said.

“When your head hits the pillow at night and you know you gave your all that day, that’s a win, do it again the next day and you’re already on a winning streak,” he added.

Orisses also shared his heartwarming remarks and thoughts on the Greek-American community. “I have made countless Greek friends throughout all different stages of my life and I wouldn’t be where I am today without the help of the Greek American community. I think it’s a beautiful thing to be born into something larger than ourselves and we are lucky to have that,” he said.

“I have been humbled by how generous and helpful so many Greeks have been in assisting me throughout my life and career. I thank everyone for their continued support and I make it my mission to help those in need of guidance or an opportunity as well,” he concluded.