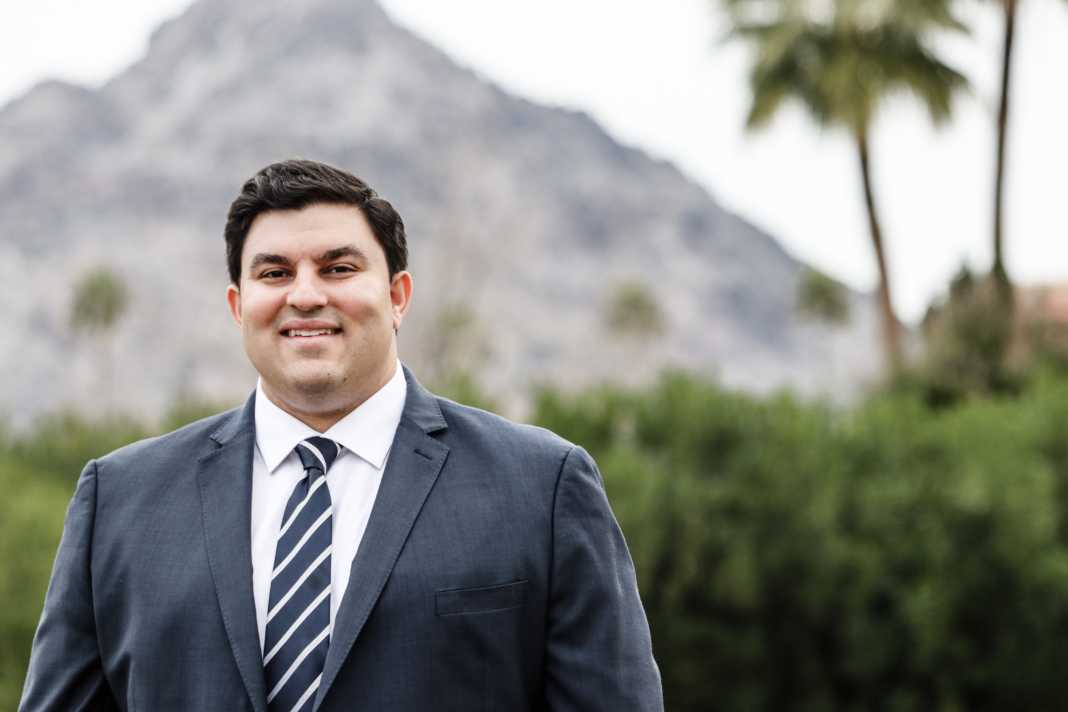 Alexi Panagiotakopoulos can’t help but think of his father when he talks about a new investment strategy he and his partner, Chis Burbach, CFA, recently launched.  His father was a Greek entrepreneur, a restaurant owner in Phoenix, Arizona for 33 years who also helped investors through his private finance and real estate work.

“He is the main reason I am what I am. That’s where my entrepreneurial background and drive came from,” Panagiotakopoulos says.

The Index targets publicly traded Net Lease Real Estate Investment Trusts (REITs). These are the companies that lease single tenant properties for 10 years or more to businesses all over America.

“You’re investing in the backbone of America,” Panagiotakopoulos says. “When you look at who’s renting these properties, it’s [firms] like FedEx, Starbucks, Walgreens, Home Depot, Tractor Supply and Taco Bell.

The index tracks 24 public net lease real estate investment trusts. Investors receive dividends based on the rent collected. In Net Lease, you essentially know what the return is, making the return more predictable and sustainable over a long-term investment. That makes the index simple enough for mom and pop investors, yet sophisticated enough for an institutional investor.

The journey to co-found Fundamental Income and create this new strategy was filled with exploration, opportunity and self-discovery. Always in the background were the Greek values instilled in Panagiotakopoulos by his parents—honesty, hard work and not taking anyone for granted.

Panagiotakopoulos was born in Phoenix, Arizona. His father is from Athens, Greece; his mother from Queens, New York. “They are both 100 percent Greek. They raised us Greek,” he says. His parents, now retired, stay involved in the church and in the Greek festivals. His mother was director of Greek dance at their church for more than 15 years.   Panagiotakopoulos grew up as one of four, attending Greek school. “My first language was Greek in the house and I learned English later on,” he says. For six months out of the year, his grandparents visit from Athens and live with the family.

His father was a soccer player from Greece who came to America to play at George Washington University and study electrical engineering. He met Panagiotakopoulos’ mother and ended up moving to Phoenix, Arizona. His father transferred to Arizona State University and eventually opened up two restaurants in the Phoenix area, Christo’s Ristorante and Alexi’s Grill.

“He played soccer in Greece while at school but he was always a business owner and entrepreneur,” helping people finance their properties.

Panagiotakopoulos started working with his dad when he was 15, learning about the world of commercial real estate lending and the stock market. He enrolled at an all-boys Jesuit school, Brophy College Prep, one of the most prestigious all-boys schools in the country.

“My dad always wanted the best for us. He worked very hard to put us through school,” Panagiotakopoulos says.  For that sacrifice, he demanded equal effort from his children. “He said there’s no reason for you not to succeed because I’ve done everything in my power to give the necessary foundation so you owe it to me and to yourself to make the necessary sacrifices to take advantage of the opportunity you have.”

Panagiotakopoulos took that to heart and poured himself into study and his work. He loved it. “I’ve always been a numbers guy and a tangible thinker. I was able to look at a business, or a piece of real estate and understand the numbers behind it.”

More than the numbers, though, he loved the creativity, ingenuity and critical thinking that went with the real estate deal and the stock market.  It’s a way to help people be part of the American Dream.  You sacrifice and work hard to save money, then invest that money prudently to benefit from those sacrifices.

For his 18th birthday, he asked his father for a stock brokerage account at Charles Schwab. “He let me trade stocks with a small amount of money and I learned how the stock market worked,” Panagiotakopoulos says. “What I really learned was that I knew nothing.” That lesson hit hard and humbled him, when, after watching his stock in the National Bank of Greece double in value, he woke up one morning in Greece in 2008 and saw it collapse completely in the financial crisis.

That experience, plus working as an intern at Goldman Sachs in 2011 during turbulent times in the stock market, has made him a cautious investor and strategist.

During college, he worked for six months as a Global Procurement Finance Analyst for Bristol Myers Squibb, but realized his heart was in investments, not corporate finance.

In 2012, he had an opportunity to work for Deloitte, a large accounting firm, but then was approached by his future partner, Chris Burbach. They had met playing in a basketball league. Chris had gone to work at STORE Capital a year earlier and thought Panagiotakopoulos would be a perfect fit for his team at the startup.

STORE, a leader in the industry, specialized in Net Lease transactions. “I got my start working for those guys and learned the real estate space with my current partner as my boss and mentor,” Panagiotakopoulos says. He would end up being the youngest person they had hired to that point. He stayed for 15 months and since has watched the private firm go on to be publicly traded on the New York Stock Exchange with a worth of $8 billion.
After STORE, he moved over to SMS Financial in 2013 and stayed until 2018, acquiring distressed commercial bank loans secured by real estate and businesses. Another challenge. Another opportunity to fix a problem.

He stayed in touch with Chris, his best friend. Then the time came over a steak dinner at Durant’s, a Phoenix staple. Chris wanted to own his own business and had an idea to start an index strategy focusing on Net Lease Real Estate Investment Trusts. They formed a partnership and in late 2018, and Fundamental Income was born.

“I couldn’t have found a better partner,” yin to his yang, Panagiotakopoulos says.

Chris, although not Greek, possesses many of the characteristics most admired in the Greek culture. He’s also an expert in the Net Lease business, “much smarter than me,” and “one of the most talented, honest and trustworthy people he knows.”

Panagiotakopoulos continues to bring the best parts of his Greek heritage to his family and to his investors. This proud Greek has a Greek wife, Alexia, (who he says is his strength behind it all) and two boys; Christo, 2, who was named after his father; and Theo, 11 months.

“I always remember where I came from–my parents and my grandparents who made me who I am today,” he says.

To find out more about Fundamental Income and the new Net Lease Index, visit www.fundamentalincome.com.