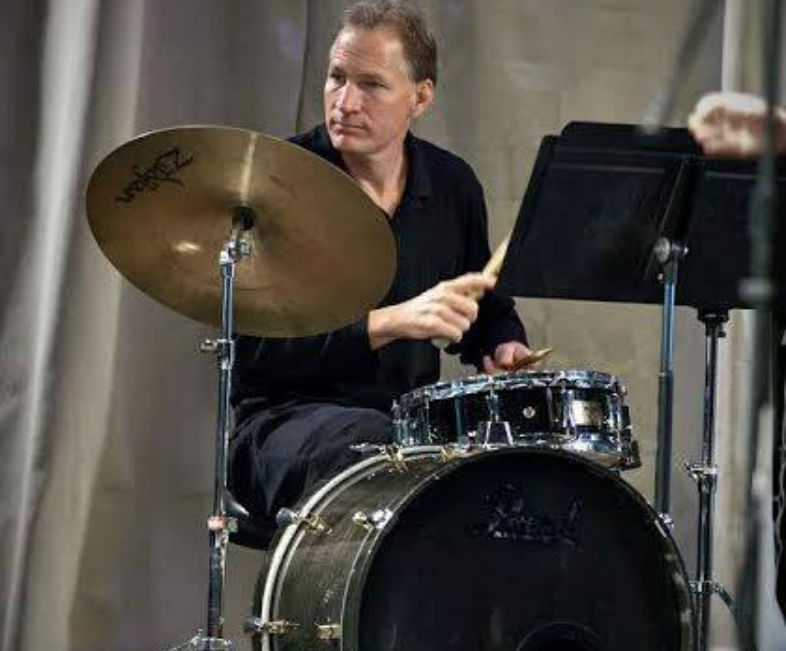 Greek-American musician and drummer Steve Stockmal chatted with HNA’s Markos Papadatos recently about his latest endeavors in music — and life in quarantine this past Spring.

On what his life was like during the general coronavirus lockdown, he said “The first month or so it was all about watching the news, following schedules, setting goals, keeping my exercise routine going, keeping to my list so that I continue moving forward with my students, music and recording projects. Then came the ‘reality.’

“At one point I became the ‘I got nuttin’ guy. Didn’t feel like moving, just sat around watching TV, reading, and sleeping. That went on for about a month and a half (thank goodness for the dogs because we had to take them out at least once a day for their walk).

“Finally,” the musician says, “at one point around May I said to myself ‘enough of this, let’s get something going.’ So I started doing my daily workout again — slowly at first. I started really focusing on my students and making my lessons my top priority, and I started recording again,” he says.

“This time I decided to start at the very beginning of my song list that I have written and I recorded them as good as I can,” Stockmal relates. “Out of 240 songs, and 25 albums written, I’ve now finished the first album, I’m waiting for the master tapes to be ready for release, and I’m about halfway through the second album. So, in one word, I’m inspired.”

He acknowledged that he has lost several friends to the virus. “It has been very difficult to see the great divide that has become so obvious in government. Although not easy, it could have been much better, especially here in the U.S. I have tried to focus on the blessings that I have: my family and friends, our health, my students, our home, and food on my table. We all need to adapt during these times, and if we do so with a positive attitude, we will come out of this experience stronger,” he said.

On being a musician and music instructor during the pandemic, Stockmal says “Adaptation and acceptance of changing circumstances is the name of the game. I feel really blessed that my students have adapted with me and we are sharing our passion for music through technology and video communication. Imagine if this horrible pandemic had occurred a short 20 years ago? No online platforms to communicate, to keep sharing knowledge, nothing.”

“It’s also great because we can record music and share our ideas instantaneously. That makes a big difference in the creative process. Remember when we had to check everything by burning a CD, then sending that through the mail? Wow, times have changed,” he says.

Stockmal also opened up to Greek Reporter about being a musician and instructor in the digital age. “The digital age has its challenges, but also its merits,” he muses. “I keep my students inspired, it breaks their boredom being stuck at home, and my motto has always been to have fun while learning. The one thing that I do miss is being able to actually play along with my students, because of the slight delay. So, what I’ve been doing is having them play along with me.”

He continues “I play a song from my computer, and I play along with it on my end while they jam on their end — that way everything that they hear is normal, and I hear my student about 1/2 second later. Perfect for them, amusing for me. And in the recording world, we really are in the Golden Age.”

“With just a computer, the right software (in my case Pro Tools), and a good interface you can do a heck of a lot of great stuff. In my case, I play Drums, Trombone and Trumpet, and Vocals at my studio downtown, and literally everything else I can do here at the house. So, I’m the late-night recording guy and I don’t bother a soul. A true blessing,” he notes.

When asked if there is a silver lining to this pandemic, he says “It’s difficult to say. The bad side is that it pains me that common sense and protecting each other has become a political issue. I try to imagine motorcycle riders with no helmet, mountain climbers without backup carabiners, walking out into the desert without water, what can I say?”

“On the good side of things, we’ve all become closer to our families, we’ve all (hopefully) learned about ourselves and become better people because of it. I have friends who have used this time to study, change careers, get their degree online, so that’s fantastic,” he tells Greek Reporter.

Regarding his plans for the future regarding music, he says, “These past months have given me ample time to sit and really focus on my life, goals, and what I want to accomplish. With 25 albums written, I’m now starting the process of releasing my music and getting it out there. My first album (“First Base”) is ready, and as soon as I get the mastered version back, I will put those out.”

“The second album is well underway and will follow suit, and on and on. The lyrics, melodies, chord charts, and Pro Tools sessions have all been prepped, and now it’s just a question of time and focus,” he explains.

“For me, and this is just a personal statement, there is nothing like listening back to a song that you’ve recorded and it just sounds awesome. It’s hard work, mentally taxing, often frustrating (broken strings, computer freezing, can’t play the part correctly on take 47) but it is so worth it in the end,” he adds.

On his feelings about the Greek-American community in the United States, he says “I always loved the Greek culture and people. Remember that I lived there for seven years (1991 to 1998) and that I was much like the character in ‘Dances with Wolves’ in that I not only learned the language but really absorbed much of the Greek culture and mannerisms. Also, I married an amazing and formidable Greek woman so we are very much in touch with our friends and family in Greece.”

“My thoughts for Greece and for the Greeks here in the States as far as COVID-19 goes are the same as my thoughts for everyone everywhere: Stay smart, wear a mask (and more importantly be aware of who’s around you, how they are breathing, are they coughing, etc.). Don’t ‘be normal’ and think that you have to get the family together for birthdays, or go to clubs, or whatever you might usually do,” he emphasized.

“Just stay at home and stay healthy, keep inspired, eat well, study and keep mentally alert, exercise, relax, and most importantly, keep in touch with your friends and loved ones. They are the ones that will help you ‘keep it together,’ and you’ll do the same for them. I see the passion, I see strength, and I see hope for the future,” the lifelong musician added.

Stockmal offered the following inspiring words to his fans during this pandemic: “Keep your positive attitudes. Be good to yourself, be good to others. Take a step back and reflect on what you have instead of what you lack.”

To learn more about Steve Stockmal and his music, check out his Facebook page.