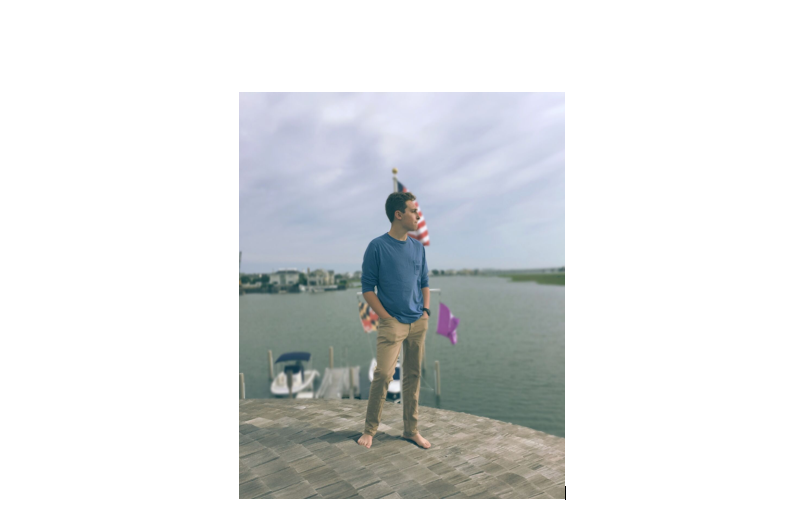 When he was about 4 or 5 years old, Luke Sabracos aced his audition to sing in the choir in his church’s performance of “Jesus Christ, Superstar.”

“It was kind of a light bulb moment,” he says.

From that moment on, he hasn’t looked back, performing whenever he can in school musicals, choral groups and the Gilman School acapella group, “the Traveling Men.”  Now, the 17-year-old Baltimore, Maryland resident is flying out to LA next summer to sing one or two selections in a live broadcast concert with Ethan Bortnik, his prize for being one of the best singers in Maryland. 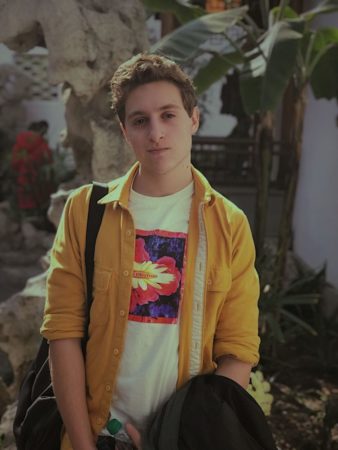 His recent claim to fame started when his school music director shared some contest information with his students. It was a relatively new venture from PBS, a nation-wide talent contest featuring young musicians called “A Celebration of Music.”

“I thought it was really cool, a chance to be on TV. That would be really awesome. So I sent a video.”  His song of choice? Jackson 5’s “I Want You Back.”

From those hundreds of videos submitted, a small group of finalists were chosen.  The folks at the Maryland PBS station liked what they saw in Sabracos’ video and he was invited to compete on stage against 14 other finalists. For that performance, he gave them Bruno Mars’ “When I Was Your Man.” Those performances were broadcast in March and posted on the PBS station website, where on line voters chose their favorite performer.  Sabracos says a lot of promotional canvassing on his behalf, much of it from his grandmother, gave him the win in Maryland.

“She’s probably the sole reason I won the competition. She really pushed hard to get people to vote for me,” Sabracos says.

Growing up, Sabracos sang whenever he could, mostly in school. It was a middle school audition for the musical, “Joseph & the Amazing Technicolor Dreamcoat,” where the second Tenor discovered his love for musical theater. “I decided that would probably be fun and from then on I really fell in love with it myself,” he says. Since then, he’s performed numerous roles from musicals in and out of school as varied as “Legally Blonde,” “Into the Woods,” “Pippin,” “Chicago,” and, most recently, “Barnum.”

He’s a student at the Gilman School, a private boys’ school, and he hopes to study musical theater when he starts college in 2019. He’s got his eye on Carnegie Mellon, NYU and University of Michigan at the moment with an ultimate goal to make it on Broadway. Leading him on his journey is voice teacher Dr. Alyson Sherk with the Bryn Mawr School of Girls, who has been instructing him for about six months.

“I really just love being on stage. I find it’s my comfort zone and I’ve always had an affinity to performing and being in front of people, and singing is the best way to present that,” Sabracos says.  “I’ve been told I have a really great stage presence which is nice to hear. I love singing. I hope that translates to my audience that is watching.” 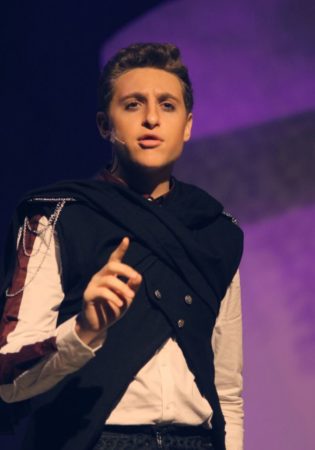 Sabracos grew up in a Greek American family. His grandmother, Georgia Vavas, came from Chios, an island of Greece and moved to the United States when she was young. His maternal grandfather was born here, with his paternal grandparents meeting in Canada after moving there from Greece. His mother, Stella Sabracos, owns a Title company. His father, Michael Sabracos , works for an urban redevelopment firm. His sister, Eleni, is in college studying television and film production. Alas, there’s no musical talent in the immediate family, but his Great Uncle and his uncle were both good singers and his paternal grandfather was a great dancer.

“It skipped a generation,” he jokes.

There were Greek influences everywhere. “People were getting together, speaking Greek to you, not exactly understanding what they were saying but kind of getting the gist of it. My grandmother always fed me Greek food,” he says. The culture is a huge part of his life. He’s involved with GOYA and tries to go to church whenever he can.  “There’s always constantly an aspect of Greece that follows me throughout my life,” he says, and mentions a bracelet his sister gave him when she was in Greece. “I’ve never taken it off.”

He carries the pride inherent in the Greek people to himself and to the nurturing and caring nature of Greek culture. “I think it’s very important to be very aware of the people around you and how they feel. I think it’s important to think that way a lot of the time and that’s how it was growing up.”