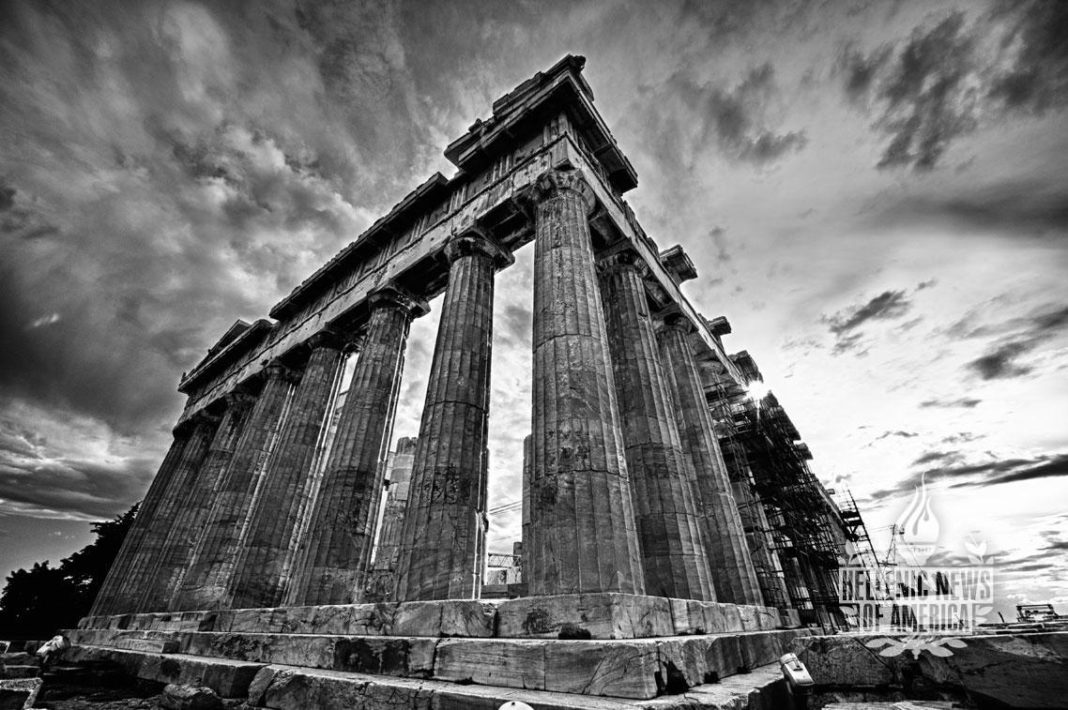 In the years 1987 and 1991, Martin Bernal, professor of government at Cornell University, published two hefty volumes of “Black Athena.” The purpose of this audacious if problematic account was no less than dethroning the Greeks from the primacy they have had since the Renaissance – that Western civilization has Greek foundations in science, politics, literature and the arts.

Perhaps influenced by the rosy African picture of Bernal, in 1988, Jesse Jackson, the black preacher with presidential ambitions in late 1980s, joined Stanford University black students demanding the end of courses in Western civilization. Shamelessly, Stanford University complied. It set aside texts and classes exploring the wisdom not merely of Greek thinkers like Homer and Plato, but European intellectuals like Voltaire, St. Augustine and Marx. Stanford replaced Western thought with thoughtless exercises in multiculturalism and pseudohistory.

The 1980s and 1990s raged against the Greeks and other old dead white men. In fact, an industry of anti-Greek and politically correct academics became vociferous. The historical fantasies of Bernal were a symptom of a countrywide malaise with reason, history and democracy.

But first of all, some one had to demolish the mythology of Bernal. That person was Mary Lefkowitz, professor of the humanities at Wellesley College. The “Black Athena” books of Bernal outraged her. In 1996, she wrote “Not Out of Africa” where she demonstrated Bernal was wrong about ancient Egypt and ancient Greece. She denounced the misuse of evidence by Afrocentrists in building their fictional ancient Egypt and its alleged influence on ancient Greece. Socrates and Cleopatra and, of course, goddess Athena were not black but white and Greek.

Nevertheless, American blacks wanted to believe their history was as great as that of white Europeans. Afrocentrists cooked the books and gave them a glorious if manufactured past. But in addition to the demand of blacks for subverting the Greek past, the ruling elite of America and its academics also manipulated the Greek past. They distanced the country from the virtues of the Greek tradition embedded in America’s political culture.

Democracy, after all, has always been the most difficult of all politics. And since America has traveled deep into the realms of plutocracy and oligarchy verging on tyranny, it has made official democracy almost undemocratic but, in popular speech, all-inclusive. It means all things to all people. An American billionaire like Donald Trump running for president, for example, can proudly say he is living in a democracy. And the real President, Obama, in charge of nuclear bombs and private armies also proudly proclaims he is the head of a democracy.

This behavior has remade American society, including intellectuals and academics. Philosophers, for example, have become the enemies of real philosophy. They have cleansed themselves of the Greek passion for the truth. They are largely footnote builders, adding mountains of largely meaningless commentaries on Plato, other thinkers, and other phenomena of their own making. However, they remain silent on what is happening in their own society.

Robert Frodeman and Adam Briggle, professors of philosophy at the University of North Texas, bemoan the metamorphosis of philosophy into a science-like entity bereft of the skills of science. Philosophy, they say, “fell prey to physics envy and feelings of inadequacy.”

The aping of science by philosophy took place within the modern research university. Philosophers became specialists and, like scientists, they divorced knowledge from virtue. This made philosophy a technical enterprise manipulating “words rather than genes or chemicals…. The point of philosophy now [in 2016] is to be smart, not good. It has been the heart of our undoing,” they write.

Scientists also stay clear of what is happening in America. Nevertheless, they work furiously in coming up with formulas and molecules for new drugs and new chemistry as well as gadgets for entertainment and enrichment of the industry and weapons for the military.

Certainly, this America is not merely the result of not reading Homer or Plato. And neither did Afrocentric myths bring deformed politics. But working in the absence of virtue and documented history makes the road to ruin all the more slippery and attractive.

The manipulation of the Greek past is not a small thing. Two academic classicists, Victor Davis Hanson and John Heath, thought it had seismic effects on the American mind and society. In 1998, they were compelled to write “Who Killed Homer?” This is a book about the “murder” of Homer at the hands of elite philologists and theorists who prefer “therapeutics, moral relativism, blind allegiance to progress, and the glorification of material culture” to Greek ideas and values.

The murder of Homer in America has got to cease. The Western world’s greatest minds have written hundreds of books on the values and virtues of Greek thought. We must pose for a moment and think of our children and grandchildren. What exactly are we leaving them for inheritance? A ruined world full of toxins? Is that enough? Should we not change course and, like the Greeks, mix knowledge with the good, the livable and the beautiful?

Rereading the classics might just be the perfect medicine for remaking this violent era.

Right now Stanford students want Western civilization reinstated at their university. This could be a spark for another dose of sanity at the universities and the rest of society.