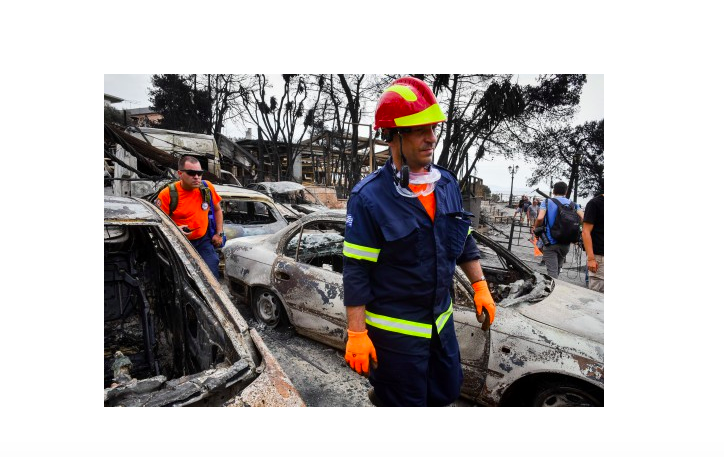 to Support the Hellenic Fire Department

and Prevention and Training Initiatives

ATHENS – July 30, 2018 – Following the recent announcement issued by the Stavros Niarchos Foundation (SNF) to express its great sadness for the tragic losses suffered by so many families and individuals in the recent catastrophic fires, the SNF’s Board of Directors has decided to support once more the work of the Hellenic Fire Department which is of national importance,  with a €25 million grant, in order to contribute to the difficult work of the men and women of the Fire Department fighting for the protection of the country’s residents and its natural resources.

The grant will cover the maintenance and the potential procurement of equipment for the Hellenic Fire Department, as well as training programs, aiming to contribute towards the prevention of and immediate response to emergency situations.

This new grant, which is unfortunately, announced in the wake of the recent tragic events, is not without context or precedent. Since the beginning of its grant making activity in 1996, the SNF has supported the Hellenic Fire Department through a series of grants totaling more than €19 million. Among these, during the last 20 years, the SNF has provided a Super Puma helicopter, which was heavily used in combating the recent catastrophic fires, 15 vehicles to cover the Department’s needs and has funded the construction and operation of a training center for the Catastrophe Management Unit. The SNF has also supported the work of volunteer firefighters in the islands of Cephalonia and Samos. Furthermore, the SNF has previously supported firefighter education by funding a multi-year training program in forest fire prevention in collaboration with the British Columbia Fire Service in Canada. Upon their return, program participants were able to train their colleagues in Greece.

This national tragedy, which has cost the lives of so many and destroyed the households of thousands, requires that all of us, as a society, find ways to provide a collective remedial response. Even more importantly, it requires a collective effort to prevent the future recurrence of these tragic events that have marked the lives of many of our fellow citizens.

Through this grant initiative, the SNF hopes it can contribute towards the response to a grave national matter—one that transcends politics—in a manner that unites the country’s leading forces against current and widespread polarization.

In line with the SNF’s commitment to adhere to full transparency in its grantmaking activities, the background of the discussions that preceded the SNF’s decision to proceed with this grant follows:

In the wake of the devastating fires, the Leader of the Main Opposition Party, Mr. Kyriakos Mitsotakis contacted the SNF Co-President Mr. Andreas Dracopoulos to propose that the SNF supports the repair and maintenance of the Hellenic Fire Department’s aircrafts over a period of five years.  Mr. Dracopoulos agreed in principle to support this important work, especially given the SNF’s long-standing support of the Department. Mr. Dracopoulos suggested that Mr. Mitsotakis discusses the idea with Prime Minister, Mr. Alexis Tsipras, and if both agreed that the project is a priority for the Greek State, the SNF would be willing to support it. In addition, the Minister of State, Mr. Alexandros Flambouraris, also contacted Mr. Dracopoulos to suggest that the SNF participates in a state effort to support rehabilitation projects in areas affected by the fires, to which the SNF was pleased to learn other foundations had already contributed. On July 27th, 2018 Mr. Dracopoulos met with the Minister of State at the Maximos Mansion, followed by a meeting with the Prime Minister. During the meeting  with the Prime Minister, the parties discussed in detail current State needs in terms of fire protection, both in a financial and operational context, prevention and rehabilitation of the affected areas. Both parties agreed that the SNF will collaborate primarily with the Hellenic Fire Department as well as the Ministry of Citizen Protection to determine how the SNF can effectively contribute to their work.

The SNF’s commitment to provide a €25 million grant for the support of the Hellenic Fire Department is a given. A series of meetings with relevant authorities will follow to further specify the framework within which the grant will be implemented. As always, any news and updates concerning the SNF’s grants and initiatives will be announced in detail on the Foundation’s website and social media.

As a philanthropic organization, the SNF cannot and does not seek to replace the work of the State. Rather, the SNF strives, to the best of its abilities, to contribute towards it.

The course the SNF follows in implementing and monitoring its grants allows it to ensure, to the extent possible, that the projects funded by the SNF will be implemented according to a specific budget and timetable and in full transparency. This has been the SNF’s prior experience with the construction of the Stavros Niarchos Foundation Cultural Center, the launch of the recent Health Initiative, and the procurement of 143 ambulances to the National Center for Emergency Care that took place a few months ago, indicative of the SNF’s support to the Greek State.

According to the SNF’s Co-President, Mr. Andreas Dracopoulos, “Our decision to support the men and women of the Hellenic Fire Department in their important work comes on the heels of a national tragedy that we all wish the country does not go through again. The new grant follows a series of previous grants to the Fire Department, as well as other organizations, whose work has at its core the importance of prevention and timely response to emergency events. The fact that the new SNF grant is based, in essence and in principle, on political and social consensus holds a special meaning for us as citizens. Disaster thrives in polarization. Our hope, our only hope, ultimately lies in our humanity.”