CommunityPeopleGREEKS:  THE RACE OF POWER AND INSPIRATION
People

GREEKS:  THE RACE OF POWER AND INSPIRATION 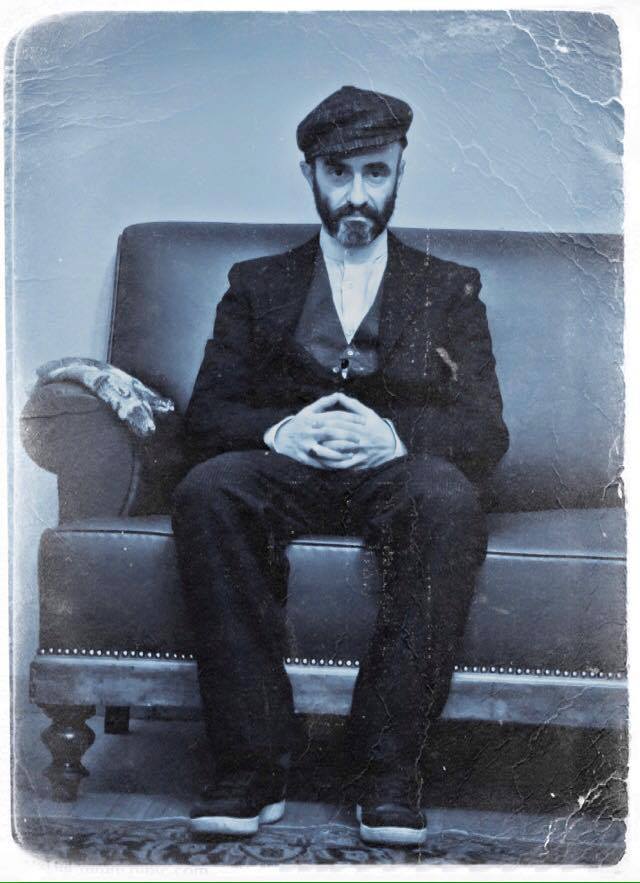 SPEAKING WITH DIRECTOR AND ACTOR APOSTOLOS FRAGOS IN ATHENS

Greetings!  Already, our new year is in its second month.  Yes, it’s been cold, but, so far, a relatively mild winter for us here, thankfully without the paralyzing snows or floods other parts of our country have sustained.  Of course, “lame February,” as we Greeks call it, is a month of surprises.  But, after that, we’ll have the month when spring flowering begins.

Our beloved Greece is having its winter too, and one once again marked by the suffering of the Greek people themselves no less than the refugees they’ve been called upon to care for.  For them, our warmest wishes for Spring, and for happier times ahead.

Like so many of us, I feel my connection to Greece is constant, wherever I am physically at the moment.  Roots do not fail us.  And, even in the midst of poverty and privation, the Greek spirit is still alive in our Motherland, and the arts continue to flourish—they always find a way, especially in the land of Aeschylus and Praxiteles.  I will look forward as always to my summer travels to Greece, where last year I was happy to see, among other things, a striking and innovative production of Samuel Beckett’s modern classic, Waiting for Godot.  It’s a play about hope, the quality that never fails the Greek people.

While in Greece, I interviewed several prominent artists, among them Theodoros Terzopoulos, the distinguished director of the Attis Theater, whose comments appeared in a previous column of mine.  This month, I would like to present my discussion with Apostolos Fragos, a rising writer, performer, director, and teacher of the new generation.

LILI:        It’s my great pleasure to be with you here today.  Can you give us some idea of how the arts survive in the midst of a crushing economic situation? 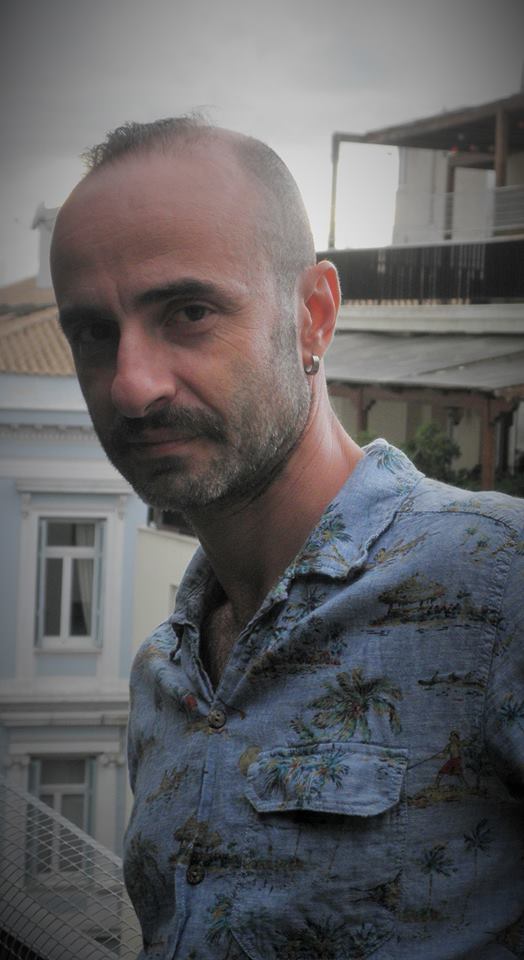 APOSTOLOS:      It’s my pleasure to be with you.  Poverty is a hard teacher, but we in the arts have been learning its lessons for a long time.  As you know, the arts, and culture in general in Greece, have been very little supported for some time.  Of course there are exceptions, and patrons who’ve endowed museums and helped construct new theaters.  For most of us, though, creating and performing our art has been a matter of determination and ingenuity.  It’s also meant what art has always meant from the most ancient times, dealing with the live issues before us as a society.  For example, several years ago I participated in a play called Unemployed, which examined the effect of economic depression and joblessness on ten different people, each of whom told his or her own story of challenge and coping.  Many people in the audience could have told their own stories as well, and to make the event possible we put it on at the cheapest prices we could afford, or in some cases at no charge at all.  In other cases, we’ve resorted to smaller, more economical productions, where more is left to the imagination of the audience.  The wonderful thing about theater is that when you appeal to people that way, they invariably respond.  This makes theater much more of a shared, community experience, and even, you might say, a genuinely collaborative effort.

APOSTOLOS:      I’ll go back a couple of years and bring you up to date.  I directed a work called Fourth Floor, the monologue of a cultivated woman who climbs from floor to floor, trying to maintain a house—you could call it Greece—that’s dilapidated, dangerous, and badly in need of repair.  The woman talks to us as she works and climbs, more and more exhausted as she goes on but determined not to quit.  When she reaches the upper storey she slips and falls into an abyss, whether through accident, exhaustion, or despair:  the audience must decide for itself.  Obviously, it’s not a very cheerful work, but it’s also one that pushes us to go on, even if our comrades fall.

More recently, for a change of pace, we put together a suite of stories by our great modern writer, Alexandros Papadiamantis, under the title of Christmas Number and directed by a very gifted colleague, Irini Margariti.  Papadiamantis, of course, lived in Athens, and he worked as a cantor.  So we took the production not only to theaters but to some of the churches where he’d sung in his honor.  It was a very moving experience for us, and it was a major production too, three hours long.  The stories were wonderful, and just as relevant to us today as when they were written.

LILI:  Have you anything in production now?

APOSTOLOS:  We’re putting up a play simply called Playhouse, by a contemporary English playwright, Martin Crimp, who may not be so well known in America but who’s received a lot of attention in Europe and is famous for his caustic wit.  The play deals with a young couple, a man and a woman, who play different roles that expose a variety of stereotypes about relations between the sexes.  It’s very sharp, but also a lot of fun.

LILI:  You certainly have an ambitious repertoire.  What future plans do you have?

APOSTOLOS:      We are planning to revive a modern play by another Greek author whom you’ll know well, Stella Violanti by Grigoris Xenopoulos.  It’s a love story set on your own island, Zakynthos, at the turn of the last century, and like many stories of the period it’s about how class separation divides two lovers and leads to tragedy.  Every Greek knows it.

LILI:        Yes, we’re very proud of Xenopoulos, and he even has his own museum in Zakynthos.  We’ll all be wishing this production great success l, and all your future work too.  What you’re doing is an inspiration to us all.