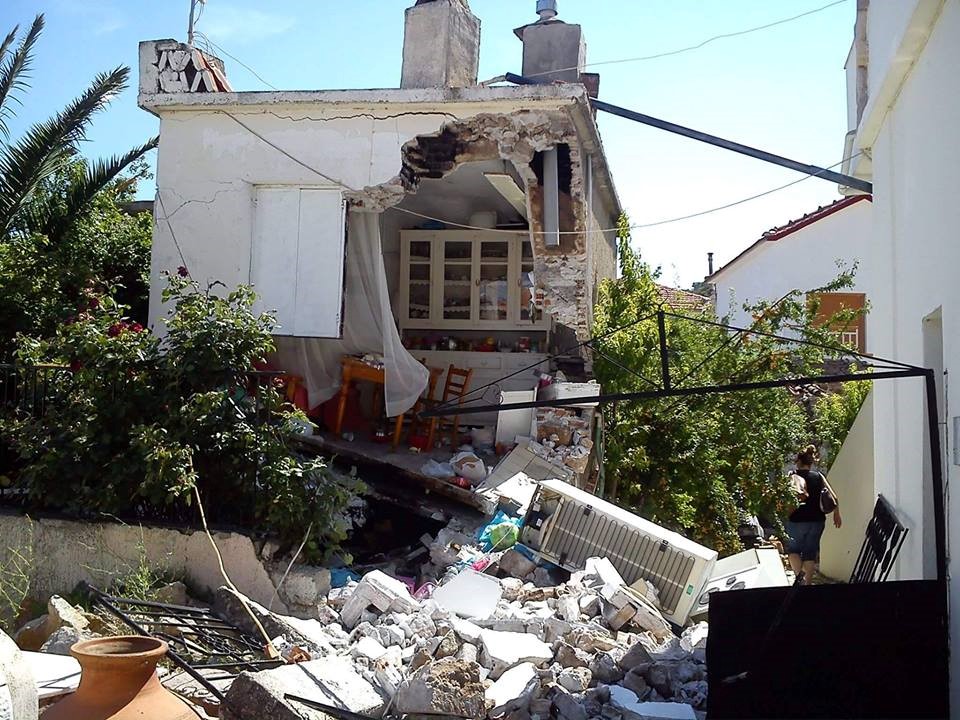 Publisher’s Note:  We are more than honored to have partnered with Karen Wrege and her team from the Disaster Relief Fund: Lesvos Greece, to help raise funds for the victims of the earthquake that occurred on June 12, 2017 on the island of Lesvos in Greece.  Hellenic News of America through its nonprofit the Mid Atlantic Greek American Foundation, will donate proceeds raised from its paddle raise at its 30th Anniversary on November 12, 2017.  We congratulate Karen and the entire Disaster Relief Fund: Lesvos Greece team on their wonderful initiative in lending a hand to to the victims.

On June 12, 2017 a 6.2 Richter earthquake hit the island of Lesvos in Greece and left the village of Vrisa in ruins. Immediately after the earthquake eighty percent of the homes in the village were destroyed. In the week that followed, government officials have been assessing the damage deeming even more houses and other public structures uninhabitable. The one casualty survived cancer only to be crushed to death weeks later. Her husband is currently devastated, in a hospital in Athens, and her son who pulled them out of the rubble of his former home is still on the island living with another family. 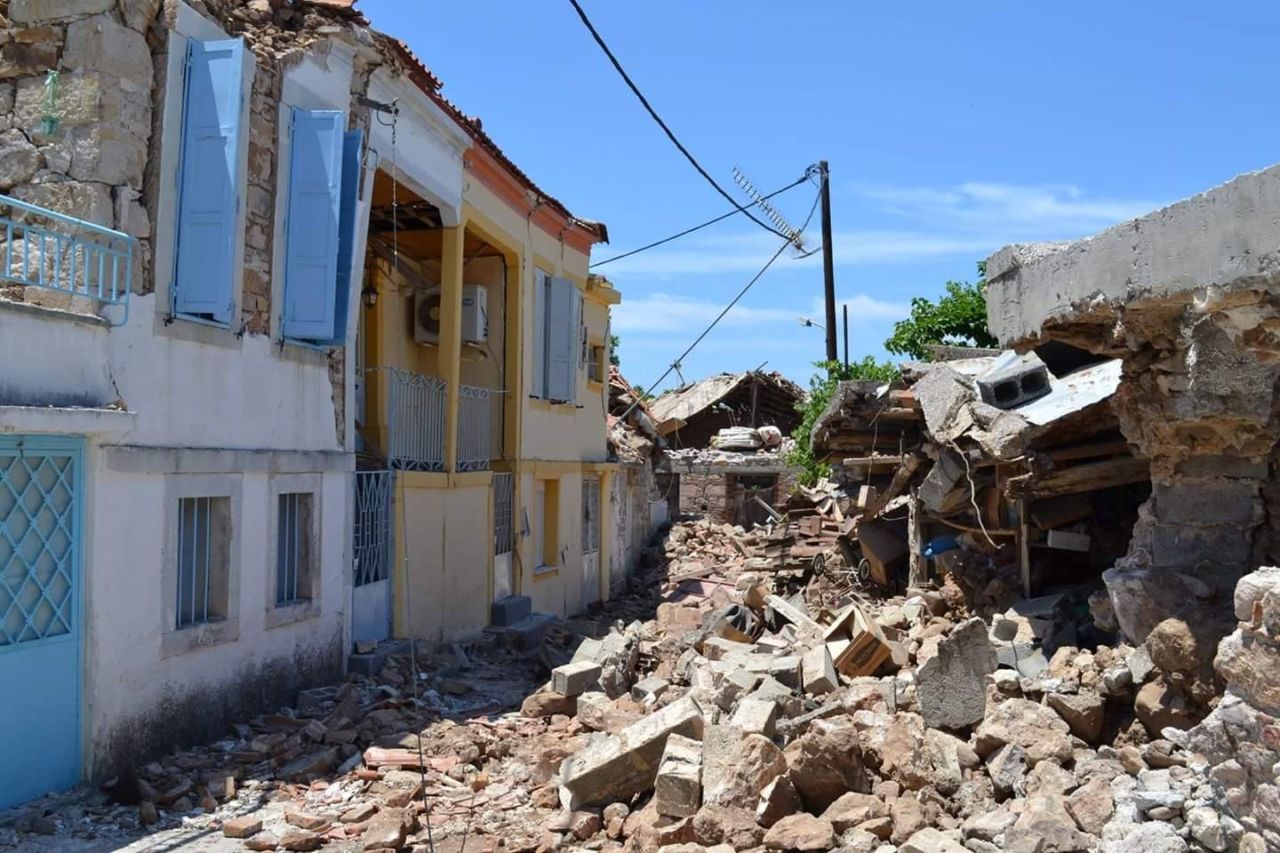 The village of Vrisa is of historical significance, as it has existed since ancient times. Cape Vrisa (currently known as Agios Fokas) was where early Christian relics were found and are thought to be part of early Byzantine times in the 5th century A.D. For centuries the Vrisa villagers were forced to rebuild. The pirate raids that shook the Byzantine Empire throughout the course of the Middle Byzantine and the Late Byzantine period, forced the inhabitants of Vrisa to seek a safer location further from the sea. Modern day Vrisa is inland from Agios Fokas and managed to survive the difficult and dark times of the Middle Ages and the Ottoman Empire. In the early 19th Century, the Christians of Vrisa with meager resources built their historic church at the highest point of the village within a year beginning in 1803. On October 11, 1845 a similar earthquake destroyed most of the 60 houses in Vrisa. In 1909, 480 families resided in Vrisa where two steam mills produced oil, grains, anise and figs. After the 2nd World war, many inhabitants of Vrisa moved to Athens or to foreign lands; while many others remained and fought the Axis powers that tried to take control of the island. While the village of Vrisa is well-known for its resiliency the cost of reconstructing the village today is one that many of the inhabitants will have trouble affording without any outside help. Currently, Vrisa has a population of about 800 people, all of whom were forced out of the village to stay with relatives or in tents. 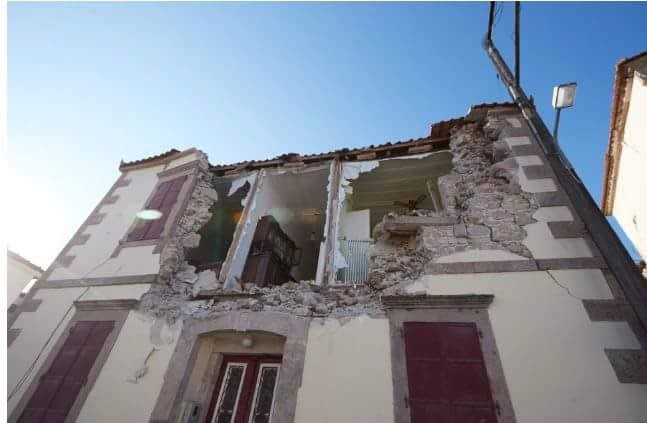 Over the last four years, the populous of Vrisa and other villages and beach communities in Lesvos have taken in thousands of Syrian refugees; welcoming them on the island and providing them with food, shelter, and medical resources. In June 2015 it was estimated that about 4,000 refugees arrived on the island of Lesvos each day then transported to refugee camps. According to NPR, in October 2015, 210,000 migrants have crossed the Aegean Sea from Turkey to Greece, most of which arrived on Lesvos. Since the start of the refugee crisis the Mayor of Lesvos, Spyros Galinos, has been an advocate for the refugees, asking for more resources such as food and medicine for the refugees who have made the island their temporary homes. Recently, the people of Lesvos received global recognition when they were nominated for a Nobel Peace Prize in October of last year for their kindness and willingness to help those in need. 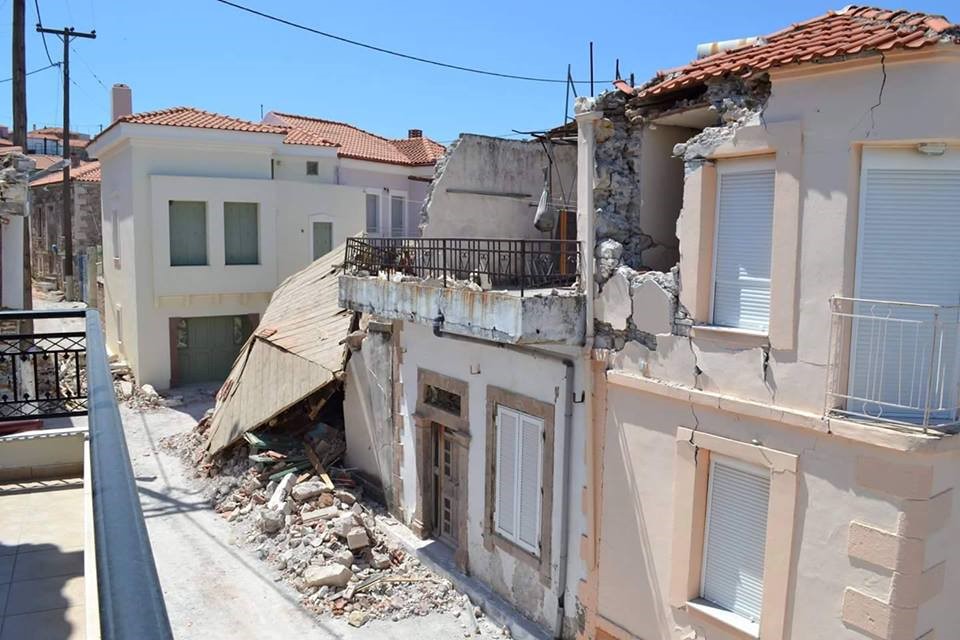 After the earthquake, Efstratios and Emmanuel Tsamouras created a Facebook page and YouCaring page to raise necessary funds to help the earthquake victims and rebuild Vrisa.  So far, the brothers and their families have raised over $14,000. Their goal is to raise $25,000 by December 1st to help victims continue to live on the island through the winter and begin rebuilding in the Spring.

For more information, the facebook page is at https://www.facebook.com/drflesvosgreece/

To donate, please visit the YouCaring page is at https://www.youcaring.com/lesvosgreece-857185

Previous articleAudit Committee Appointed by Archbishop Demetrios
Next articleThe Call For Unity, Love, and Forgiveness was Expressed at the 64th Annual Chrysanthemum Ball