Hellenic News of America Celebrates 34th Anniversary At a Historic Moment in...
Featured 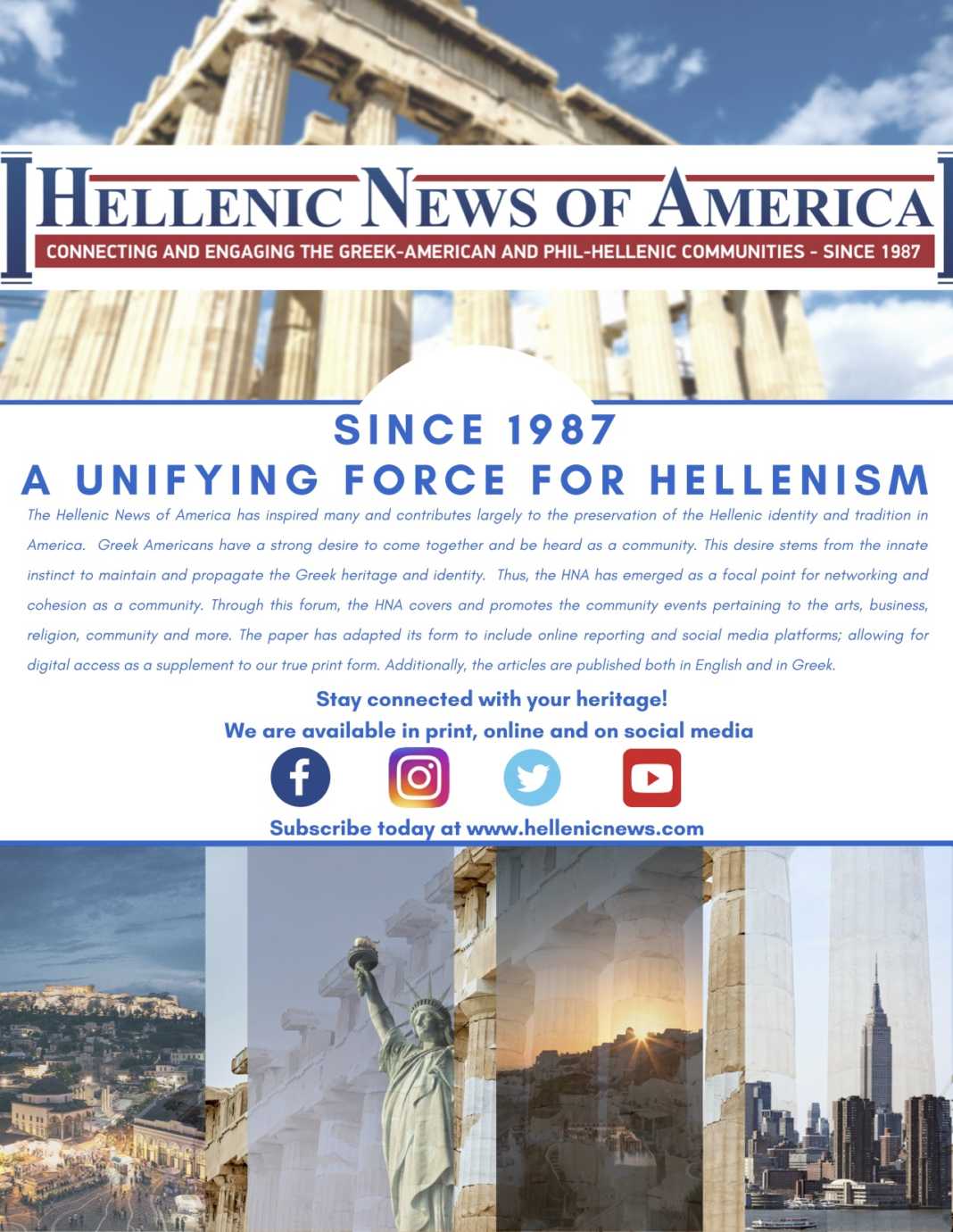 The Hellenic News of America (HNA) has spent 34 years presenting facts on Greek news. In 2021, HNA has featured articles on the uniqueness of the 200th Anniversary of the Greek Revolution. Paul Kotrotsios founded the newspaper in 1987.  Aphrodite Kotrotsios, the 2nd generation is the publisher, continuing Hellenic News of America’s mission: to inform, educate, connect, inspire, engage, and perpetuate Hellenism in America. Greek Americans and supporters of Hellenism are the fuel in his continuous effort to mainstream Greek news.

HNA is the premier network for Greek and Greek American news and the Greek diaspora. It is a monthly print and daily online newspaper. Hermes International Expo, sponsored by HNA, has opened opportunities to businesses here and abroad. Ms. Aphrodite Kotrotsios, the publisher since 2018, founded the Hermes Young Professionals Initiative as an outreach effort to preserve Greek heritage and traditions amongst the younger generation. In addition, the Hellenic News of America promotes higher education through scholarships to promising youth in the Hellenic-American community. The inspiring force since 1987 is Paul Kotrotsios, a creator of opportunities.

“When you help and uplift your community, you help yourself,” believes Ms. Aphrodite Kotrotsios. “My first mentor is my father, Paul Kotrotsios, who helped me succeed,” She is a leader of a cultural shift. The publisher has used her digital experience to overcome the catastrophic Covid 19 pandemic that destroyed the USA with economic lockdowns. Ms. Kotrotsios is a digital native that grew up in a digital world, comfortable with it.

The 2020 Hermes Expo was saved by virtual presentations open to all through their computers. Virtual Hermes Expo opened the trade show to an expanded audience. HNA is one of the few businesses that survived the covid 19 pandemic. Ms. Aphrodite Kotrotsios was born into the newspaper business. She has seen it change from hard print to digital edition. Factual reporting is her mission. She is one of the few journalists in America and internationally who have a master’s in biomedical science degree and journalism background. Her Greek is fluent. She is loyal and believes “to have a friend one must be a friend.”

This year, Hermes Expo will be back in person on October 20th at the Grand Marquis in Old Bridge, NJ.  It will feature a booth exhibit, education seminars, Greek wine, and food.  Hermes Expo is a unique networking platform that brings together businesses and professionals seeking network expansion.

During the 2020 pandemic, she began broadcasting podcasts with singer Kalomira, and business leaders. The publisher has a natural gift of interviewing persons, catapulting her as a major news interviewer.  Ms. Kotrotsios’ kind, sensitive personality is evident. Her dynamic “synergy” has brought a fresh, new approach to Greek American podcasts.

The Hellenic News of America is offered in digital format, as an alternative to hard print. “In its 34th year, we are aspiring to meet the professional demands of the 21st century,” the publisher explained. “Our publication is bilingual, reaching Greeks overseas. We connect, interface, and learn. We are the next generation. It is up to us to keep the flame alive. We will pass on the torch to the next generations. It is our duty to promote our Hellenic heritage. HNA is helping one another prosper, grow, and make a difference in our communities. This is our mission during the 34th Anniversary of the Hellenic News of America.”

The publisher continued by saying “in our 34th year, the HNA strongly advocates Hellenic American interests, strengthen connections with the Hellenic Americans and Phil-Hellenes about current national issues pertinent to our communities.”

Hellenic News of America presented news on Armenia, covering their major issues. The strong ties between the Hellenic and Armenian people were strengthened in coverage of the catastrophic defeat of Artsakh. HNA has strong bonds with the Armenian American communities from the east to the west coasts.

To stay connected with the Hellenic News of America and Hermes Expo visit their websites and sign up for their newsletters. Visit www.hellenicnews.com or www.hermesexpo.com