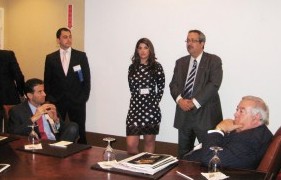 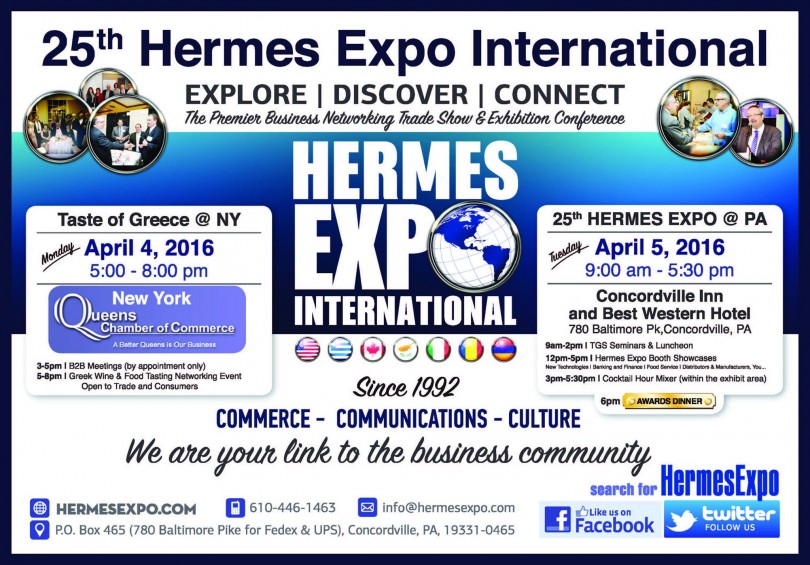 Celebrating its 25th anniversary on Tuesday, April 5th at the Best Western Plus Concordville Hotel in Philadelphia, the Hermes Expo International has proudly hosted its acclaimed trade show for a quarter of a century, annually hosting events in New York, Chicago, Atlantic City and Philadelphia and serving the Greek-American community and beyond by providing an opportunity to network, attend professional seminars and grow their businesses.  Started by Greek magnate, Paul Kotrotosios, the Hermes Expo provides an outstanding platform for business owners to participate in executive- and exclusive-level networking opportunities, professional development seminars, educational panels and trade show exhibitions in order to grow their business, learn from one another and showcase their unique products and services. 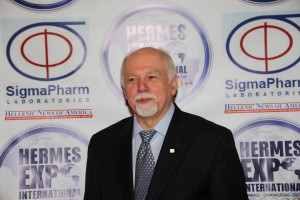 Kotrotsios is the Founder and Publisher of Hellenic News of America, a publication available in print and online that reaches millions of readers and serves as a cultural hub for various Greek-American communities including the Greek diaspora (also known as Omogenia). Kotrotosios’ impressive contributions to the Greek community led him to expand his influence further, beginning the Hermes Expo in 1992 with the purpose of creating a trade show environment to promote commerce, communications and culture in America and Europe.  The Hermes Expo has done that and much more, bridging the gap between Greece and America through an open market and exchange atmosphere where bargaining, marketing, selling and buying takes place leading to many entrepreneurs winning more business while strengthening professional ties with related industries. 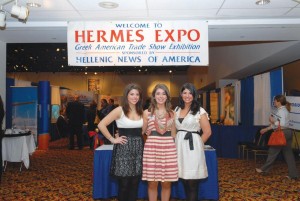 Hermes Expo’s 25 years of success can be attributed to its excellent networking platform which makes it a truly invaluable trade show.  The expo subscribes to the belief that, “it’s not about who you know, but how well they know you,” encouraging attendees to create strong relationships with each other all with the goal in mind of creating real interactions between business owners and potential customers or investors. 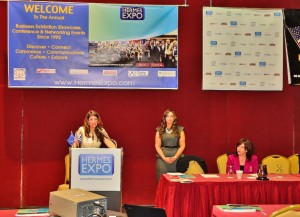 For many nationalities abroad, the Hermes Expo has served as an excellent bridge to the United States marketplace.  Many foreign dignitaries and U.S. politicians have praised the event for its commitment to growing businesses and connecting diverse marketplaces.  The Hermes Expo website features testimonials from U.S. Senator Hillary Clinton, various state governors including, Rudy Giuliani and Christine Whitman and various Ambassadors of Greece.  Whitman states, “The Hermes Expo contributes to the vibrancy of Jersey’s economy and helps to underscore the energetic involvement of the Greek community in Garden State life.”  Nicholas Burns, Ambassador of the USA, Athens, Greece states, “Hermes Expo reflects not only the importance of our trade relations, but also the continuation of an even greater period of U.S. – Greek cooperation (that is) strong and mutually profitable.” 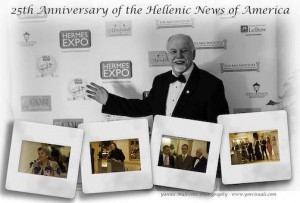 Kotrotsios’ deep commitment to the preservation of Greek life and his loyalty to business and culture translates throughout all of his endeavors.  The entrepreneur remains an integral part of theHellenic News of Americapublication, a popular, informative and cultural news magazine that he founded in 1987.

The publication has served the Greek community well for the past 29 years, making news available to them in English as well as native Greek text, in print and online, including a section for business and featuring creative and entertaining interviews, profiles and news that have served the purpose of attracting a large audience to the well-known Greek publication.  Kotrotsios’ decorative career has included interviews with luminaries such as Greek American Heritage Society founder, Mary Creticos and Anthony Kouzounis, the founder of the American Hellenic Education Progressive Association.  The publication is known for its commitment and preservation of the Greek-American experience, its journalistic integrity and its riveting, relevant content.

Kotrotsios’ daughter, Aphrodite, serves as the paper’s Co-Publisher and, along with her sister, Stavroula, founded the Hermes Young Professionals Initiative, which is annually featured at the Hermes Expo and serves as a popular program for the younger generation as it provides support and resources for young Greek-American entrepreneurs.  Among Hermes Expo’s popular seminar series, the Theodoros Syropoulos Seminar Series is particularly featured for this year’s 25th-anniversary celebration.  The seminar was aptly named after Ted Syropoulos, the late Greek American philanthropist and offers attendees an opportunity to hear from leading business and political leaders on relevant and trending issues that are important to the Greek community. 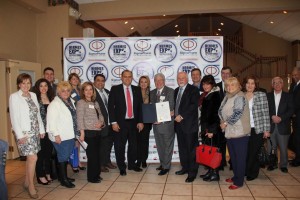 Attendees are promised an intellectually invigorating and constructive day where they can expect to establish new leads, display their products and services, launch or promote new concepts, advertise their business and brand, learn about trends affecting their business, attend professional development seminars, discover technologies, products & services that will help their business grow, network, and share unique experiences with other business professionals. 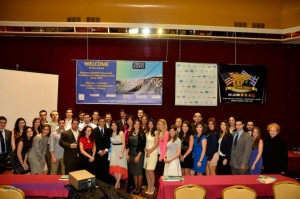 The Hellenic News of Americaleverages its influence and involvement in the expo by attracting a large international audience and providing various programs.  Among those programs is the Eleftheria Scholarship, an opportunity provided by the news publication, the Hermes Expo International & the Mid-Atlantic Greek-American Foundation.  High school or undergraduates in the Mid-Atlantic States are eligible for the scholarship with award money ranging in value from $500 – $5,000.  This year, awards will be presented on April 5th at the 25th Hermes Expo International Awards Dinner. 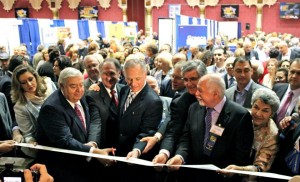 The past 25 years for the Hermes Expo have been very productive in creating a space for entrepreneurs and business professionals to foster creativity, share ideas and grow their businesses exponentially.  Hermes Expo will continue to serve as the premier business networking trade show & exhibition conference due to its model of commerce, communication and culture and thanks to the passion and talent of its founder, Paul Kotrotsios, the hard work and diligence of its affiliates and the continued interest and commitment of attendees who are sincere about growing their businesses.