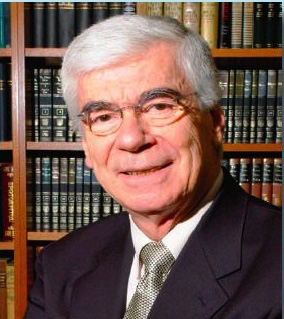 I believe, employment’s foundational place in our individual and national psyche, to Americans’ collective anxiety about the future, and to the political possibilities for any skilled demagogue who seeks to bluster his way to election and re-election with promises of “getting this country back on track.” Name one politician of either major party who does not promise to get this country back on track. The American public will run a gauntlet—this election year and into the foreseeable future—of politicians lined up on either side ignoring truths that make voters uncomfortable, unfriendly, or even angry—truths such as industries maturing, becoming efficient, and shrinking their workforces . . . or the impossibility of continuing to manufacture obsolete products or products that can never again be made profitably in this country . . . or the fact that cities and regions that don’t diversify, no matter how many “hard-working Americans” live there, can somehow avoid a radical, unexpected shift in fortunes.

These kinds of truths routinely get trumped at the ballot box when laid-off voters, or voters afraid of being laid off, or voters with a misconstrued idea of why their friends were laid off, see a political commercial featuring video of a closed factory, an unemployed worker, and an alleged connection—however tenuous or even fictional or even outrageously skewed—to a demagogue’s political opponent. That is one tough room in which to be trying to explain the unstoppable and irreversible tide of technological advance, the futility (and wrongheadedness) of trying to sidestep global competition, and—do you want to give this one a try?—unavoidable casualties. That is, however, exactly the kind of political honesty we need right now. Have you seen any?

I ask the question no matter what, if any, solutions that politicians might go on to offer. One does, after all, attack problems first by defining them. Let’s imagine a politician who believes all our problems could be solved by nationalizing every American business, right down to your local dry cleaner and 7-Eleven, and by handing some kind of federal transfer payment to every U.S. citizen. In other words, let’s imagine a delusional candidate for office whose 100 pounds of problem-solving do not contain half an ounce of valid ideas. I would still give this guy credit for prefacing his delusions with a clear and accurate statement that new technology and a new global economic paradigm—not an evil entrepreneurial class—have been laying the groundwork for a shrinking, restructured workforce. Most everything this candidate had to say would strike me as silly in concept and utter disaster if executed. And I would say, “Well, he’s crazy, but at least he knows what problem he thinks he is trying to solve.” Much of the political rhetoric and media commentary we hear these days is even more delusional than this mythical politician.

Everyone who cares about these matters has seen numbers from unimpeachable sources—in academia and in government bureaucracy and in think tanks—stating the percentage of federal income tax paid by affluent Americans. One can wiggle such numbers a fraction of a percent in one direction or another, depending on the definitions and parameters one chooses to use. But it is undeniably true that many Americans (at least 40 percent) pay no federal income tax at all, and that top earners pay a lot of federal income tax (one estimate says the top 10 percent of earners pay more than 70 percent of federal income tax revenue). It is also undeniably true that soaking the rich would not solve this country’s fiscal problems even if the Treasury sent armored cars around to empty bank accounts belonging to the top one percent. And still, various sellers are finding buyers for T-shirts that proclaim: We Are the 99 Percent. God bless the marketplace.

A lot of money has been fairly earned in the last few decades. Meanwhile, a widening income disparity has emerged among Americans. The misguided and misinformed have set those two facts down side by side, added one plus one, and come up with the demagogic numbers du jour—one and ninety-nine. Other facts we have been discussing here seem meaningless to those who seem stridently intent, blinders in place, to substitute class warfare for public discourse. It is as if entry-level detectives had entered a room, spotted two clues, and closed their case Clouseau-like without looking at a large-caliber smoking gun on the table. My experience and views regarding free markets, entrepreneurialism, the need to create new wealth, will tell you that governments are unable to handle the job. I’m game for a spirited debate on that.