IOCC SUPPORT FOR COOPERATIVES CREATES JOBS FOR FAMILIES IN GREECE 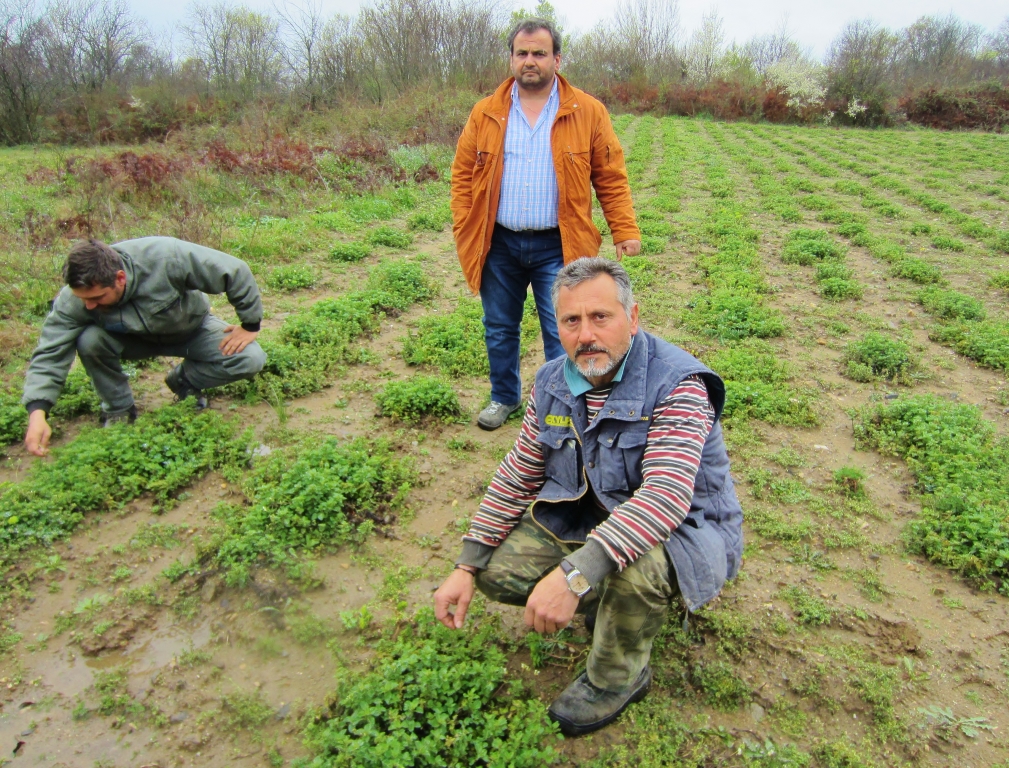 May 25, 2016  (Baltimore, MD)  — For more than a decade, Christos, 38, made a living selling sweets and newspapers at his busy Athens kiosk. But his business took a drastic downturn along with Greece’s economy, making it harder each month to pay rent and grocery bills. With few job prospects in Athens, Christos moved his family of four back to his grandfather’s village of Kato Poroia – Serres in northern Greece. He joined a farming cooperative of 30 families growing oregano for Europe’s culinary market.

Worker cooperatives, or co-ops, benefit small farmers and other trades by providing support networks, training to improve their yields and profitability, and helping small producers bring products to market on a larger scale to create meaningful, sustainable jobs and income for underserved families. As part of the “Give for Greece” program, International Orthodox Christian Charities (IOCC) is providing assistance to co-ops made up of farmers, fisherman, bakers and agricultural product producers who play a pivotal role in revitalizing Greece’s rural communities.

One of the biggest obstacles to their success however, is the lack of funds needed to expand their businesses and employ more people. IOCC and Apostoli, the humanitarian arm of the Church of Greece, are helping 24 co-ops in northern Greece succeed with assistance to increase their production and profits. They are receiving agricultural and business training, as well as funding to buy supplies, equipment and machinery needed to sustain and grow their operations. In return, participating co-ops donate a portion of their products to local social welfare institutions such as orphanages and elder care homes.

So far, more than 850 rural families are benefitting from the assistance, including Christos with his wife and two small children. He’s learning quickly alongside the more experienced farmers in his co-op, some of whom are also former urban dwellers, and has little time to think about the life he left behind. “It is hard work,” said Christos, “but here I know I can build a better future for my family.”

Since 2012, IOCC, in cooperation with Apostoli, Greek national ministries, and the Greek Orthodox Archdiocese of America, has responded to the country’s economic crisis with more than $23 million in food, medical support, heating fuel, agriculture development, and job assistance to Greece.

HOW YOU CAN HELP

IOCC is the official humanitarian aid agency of the Assembly of Canonical Orthodox Bishops of the United States of America. Since its inception in 1992, IOCC has delivered $580 million in emergency relief and development assistance to families and communities in more than 50 countries. IOCC is a member of ACT Alliance, a global coalition of more than 140 churches and agencies engaged in development, humanitarian assistance and advocacy, and InterAction, the largest alliance of U.S.–based secular and faith-based organizations working to improve the lives of the world’s most poor and vulnerable populations. To learn more about IOCC, visit iocc.org.

CAPTION:  Christos joins other farmers for a daily check on their oregano crops. The profits earned from the harvest and sales of the oregano help support 30 families in the Greek village of Kato Poroia. IOCC is helping agricultural cooperatives like this one succeed with support for training and purchase of equipment and supplies. photo: Rada Tierney/IOCC