Island Music Enjoyed by All at the Andros Society Dinner Dance 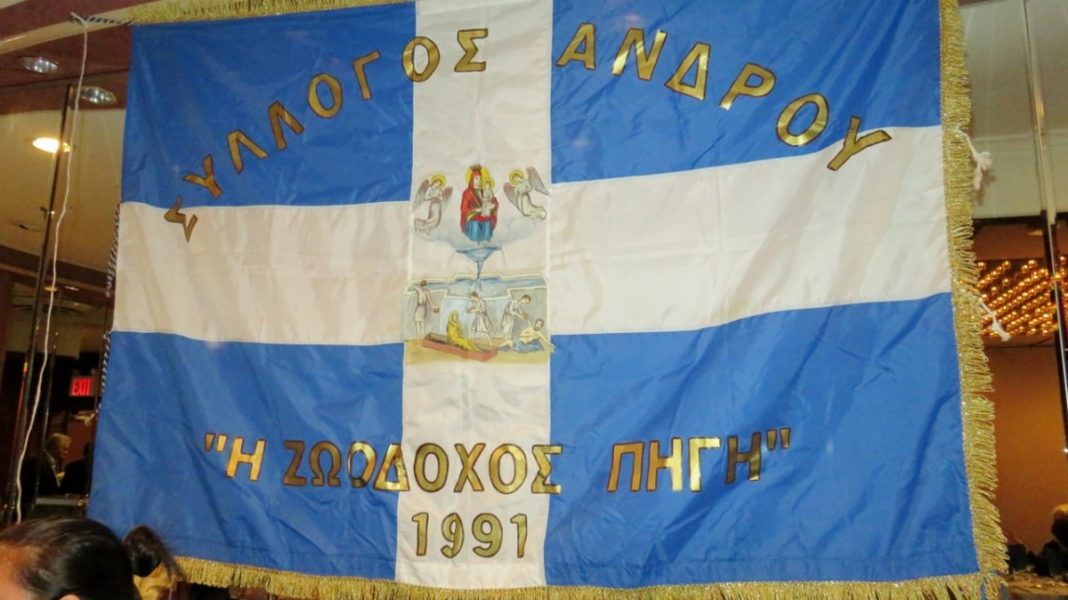 The Nisiotika (Island Music) light, catchy songs echoed through Riccardo’s  by the Bridge catering hall, Astoria on Sunday, November 13th evening. The “Zoodohos Pighi of Andros Society Inc.” celebrated its 25th anniversary. The Society was formed by unification of all the local Andros villages into one society in 1991. Excellent cuisine and live music entertained members and their friends. Over 90 persons attended from upstate New York, New York City and Long Island. The Greek Teachers Association “Prometheus” supported the event. President Anthony Trigonis thanked all for backing the Andros Society in their goal of keeping island culture alive in New York.

The Andros Society adopted its name from the largest monastery ZOODOCHOS PIGI at Batsi. It is not known when it was built. According to unverified information, during the Byzantine era it functioned as a school and transformed into a monastery in 842 by Empress Theodora. The monastery is mentioned for the first time in a document dating back to 1400.An icon dated from 1325 is in the church. Renovation in the 16th and 20th century changed its Byzantine architecture. It became a woman’s monastery in 1928.1 On my way to Tinos on a Kapogiannis Tour, our Blue Line Ferry Boat stopped by Andros. Fifty percent of the passengers disembarked. Andros is a popular stop by Greeks during the tourist season. It is the northernmost of the Cycladic islands. Sandy beaches, rocky coastlines, mountain ranges make up the island.2 A strong naval tradition exists, with museums and monasteries. Andros came alive in the hearts of all who attended.