The International Coordinating Committee – Justice for Cyprus (PSEKA) mourns the passing of Demetrios Zemenides, one of its long-time collaborators in Chicago.

The “A” in PSEKA stands for “Αγώνα” or Struggle.  The long standing Αγώνα/Struggle for Cyprus was and is made possible only by “Αγωνιστές”.  This past Thursday we lost Demetri Zemenides – one of our longest standing Αγωνιστές.

Originally from Komi Kebir, Demetri joined EOKA at age 14 in Nicosia.  After his role in Cyprus’ anticolonial liberation struggle, he pursued studies in architecture first in Athens and then at the University of Illinois at Chicago, where he met his wife Irene.  In Chicago, he continued his αγώνα as an anti-junta student activist.  His eldest son – Endy, the Executive Director of the Hellenic American Leadership Council (HALC) – was born in February 1973, and in June 1973 Demetri and Irene relocated their family to Cyprus. 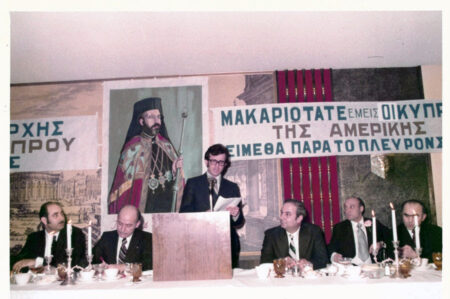 Demetri and Irene had established strong roots in Cyprus – both working as architects and expecting their second child – when Turkey invaded Cyprus in 1974.  Demetri put his pregnant wife and his son Endy on a boat that was evacuating Cyprus, put on his National Guard uniform and went to battle to defend Cyprus.  After several months, and the birth of his second son Foti, Demetri reunited with his family in Chicago.

His αγώνα picked up again in Chicago.  He played a leading role in Chicago’s Cyprus Relief Fund.  He became one of the leaders of the Cyprus Brotherhood and worked closely with UHAC and Andy Athens and with PSEKA.

Maybe the most important part of Demetri’s αγώνα was his making sure that it continued past him.  When President Jimmy Carter was working to remove the embargo placed on Turkey because of its invasion of Cyprus, Demetri took his 5-year-old Endy along with him door to door as he gathered petition signatures against the move.  All three of his sons took part in the annual PSEKA Conference.  His son Foti worked at UHAC.  And Endy continues Demetri’s αγώνα every day with HALC. 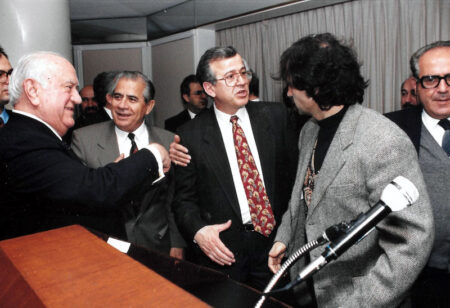 He is survived by his wife Irene, his sons Endy, Foti and Peter, daughters in law Vicky, Joanne, grandchildren Demetri, George, Irini and Demetri, and in Cyprus by his brother Sozo, his sisters Alkisti and Maro and many loving nephews and nieces.

Demetri’s funeral will be on Wednesday, August 12 at 10:00 a.m. central time and will be live-streamed from St. Haralambos Greek Orthodox Church in Niles, Illinois.  In lieu of flowers/wreaths, people can make donations to:

He shared our dream of a free Cyprus, he fought and risked his life, and he never gave up the fight.  Cyprus honored him in 2002 with a medal for his service to EOKA, and he honored Cyprus by making sure the Zemenides family will continue his αγώνα for decades to come. 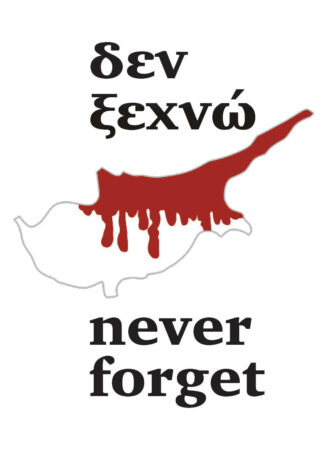