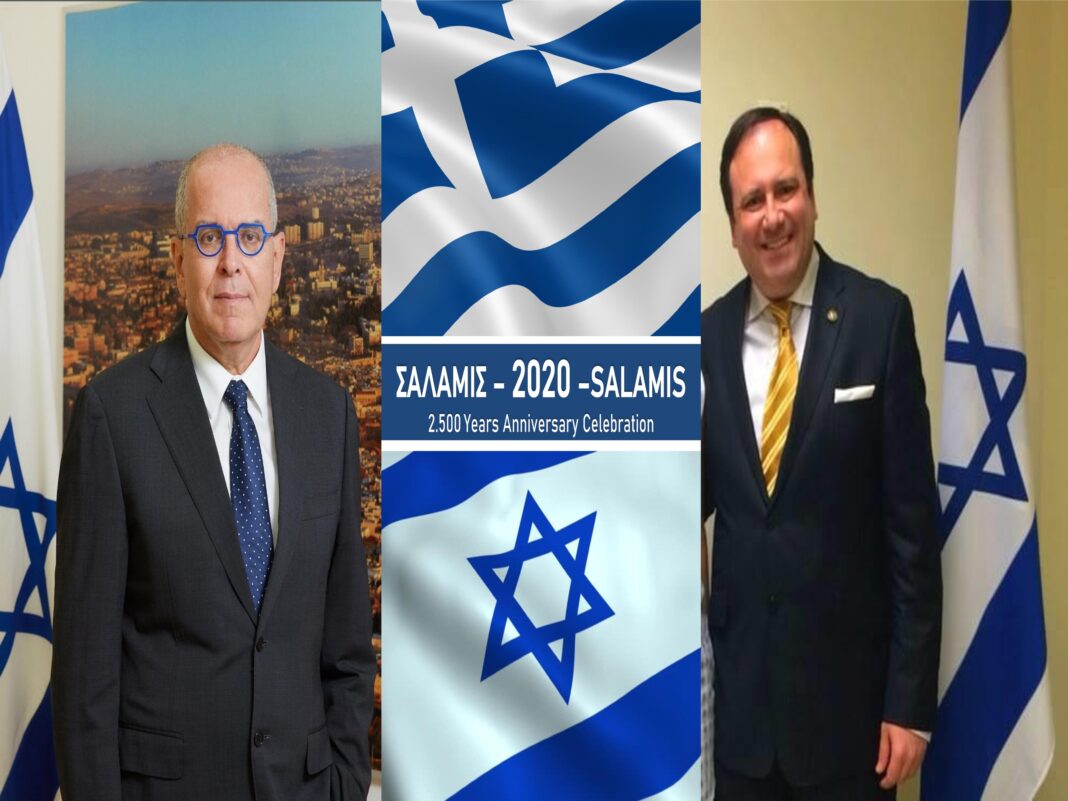 Greece and Israel are two historical countries with a common history, culture, principles, and values

President of the Hellenic Republic Katerina Sakellaropoulou and Israeli President Reuven Rivlin, issued a joint declaration in May to mark the 30th anniversary of diplomatic relations between the two countries and to “celebrate the past, present, and future of bilateral ties.”

The declaration hails the progress made since Greece recognized the State of Israel on May 21, 1990, and particularly the deepening of ties in recent years in the areas of investments, energy, tourism, defense, technology, and culture.

On May 21, 1990, Greek Prime Minister Konstantinos Mitsotakis recognized the State of Israel de jure, finally establishing full diplomatic relations between Israel and Greece. In fact, it was during his election campaign that Mitsotakis declared that his first act as prime minister would be the signing of the recognition of the State of Israel, which he later did. Through this act, he symbolically put an end to almost four decades of “lost time” in ties between the two old nations.

“As obvious as that decision [to recognize Israel] seems to us now, that was a far cry from the case 28 years ago, because Greek public opinion at the time was staunchly pro-Arab and anti-Israel,” said his son, Kyriakos Mitsotakis, the current prime minister of Greece, in a speech to the American Jewish Committee Global Forum in 2018.

Historical Agreement between Israel and Salamis Island in the fields of Culture and Tourism! 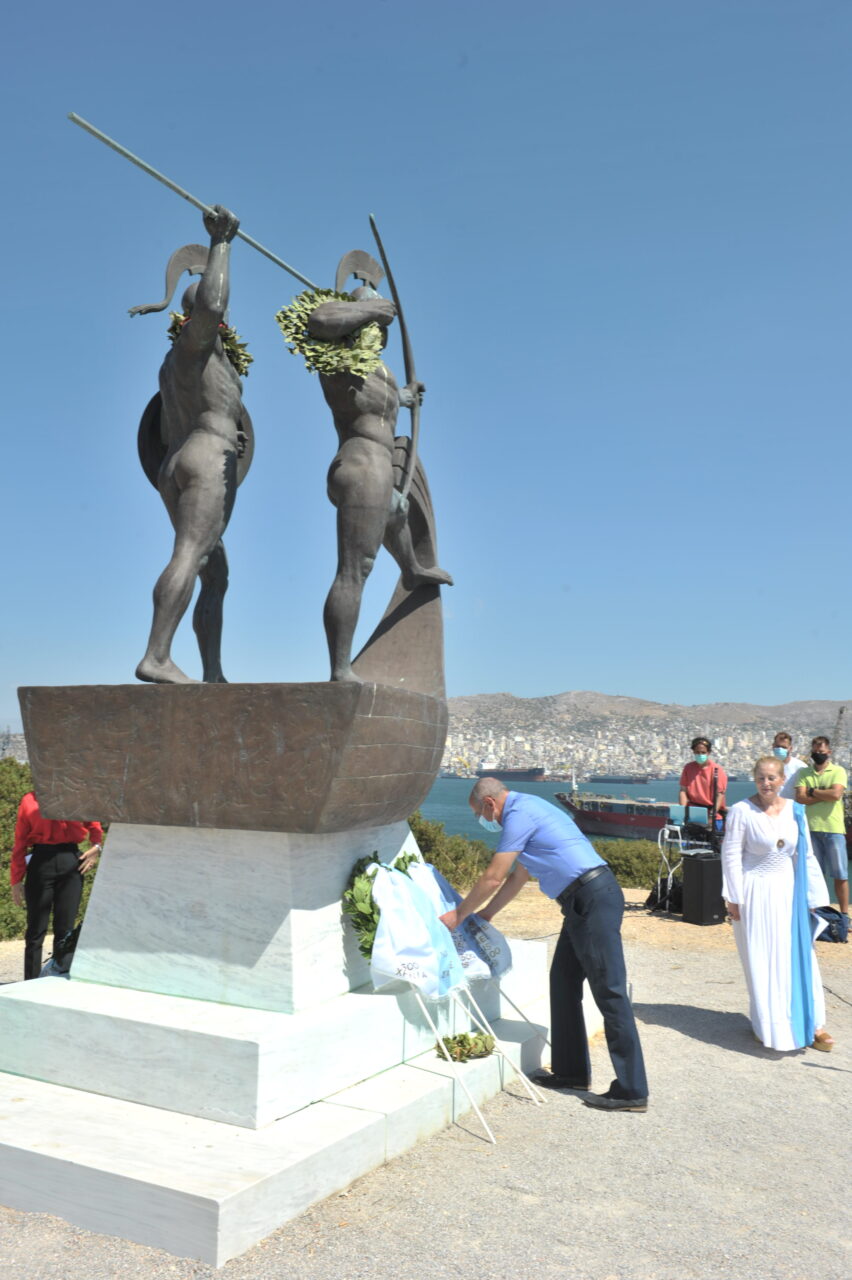 6.800 Years of History and Culture

THE WORLD CRADLE OF LIBERTY, DEMOCRACY, AND CULTURE.

Israel and Greece have a long-standing friendship and historical ties that date back 3.600 years, to the Mycenaean times (1600 BCE). In more recent years they have established strong bilateral relations, as the two countries are developing a truly dynamic cooperation in a number of areas, such as politics, defense, energy, tourism, technological innovation, – development and culture.

All began in March 2016 after a historic visit from the Israeli Ambassador Mrs. Irit Ben Abba to the Municipality of Salamis escorted by Mr. Kyriakos Maridakis. The first official meeting between the Embassy and Salamis was in 2012 when the previous Mayor Mr. Giannis Tsavaris with his associates Christos and Kyriakos Maridakis met in Athens to discuss a number of issues relating to tourism and culture with the former Israeli Ambassador Ariel Mekel. Since then the dialogue has continued and a few months ago Kyriakos Maridakis together with the  Deputy of  Mayor for Culture  Constantine Maridakis had the privilege to promote the Salamis Foundations vision and present the foundations various cultural projects to the ex-Ambassador of Israel, Mrs. Irit Ben Abba, and some months ago Mr. Kyriakos Maridakis organized and escorted the current H.E. Ambassador Mr. Yossi Amrani cooperated with the Mayor of Salamis, Mr. Georgios Panagopoulos and the Israeli Embassy in Athens.

The foundation was very proud to outline the International committee’s plans for Salamis in 2020 celebrating the 2500th anniversary years since the epic naval battle of Salamis.

Our Projects include the Ancient City, the Ancient harbor, and the Tumulus in Kynosoyra listed by UNESCO as world heritage sites,  the construction of a historic theme park the highlights Salamis historical significance, a new museum, and finally a Cruise port at the beautiful and modern seaport in Koulouri.

Mr.Kyriakos Maridakis have already briefed the Hellenic Government, the National Committee of UNESCO, the Ministries of Tourism and Culture, the U.S. AmbassadorGeoffrey R. Pyatt, the Israeli Ambassador Mr. Yossi Amrani,  The ex. President of the European Union Mr. Jean-Claude Junker, the Chancellor of Germany, Mrs. Angela Merkel about the forthcoming plans. 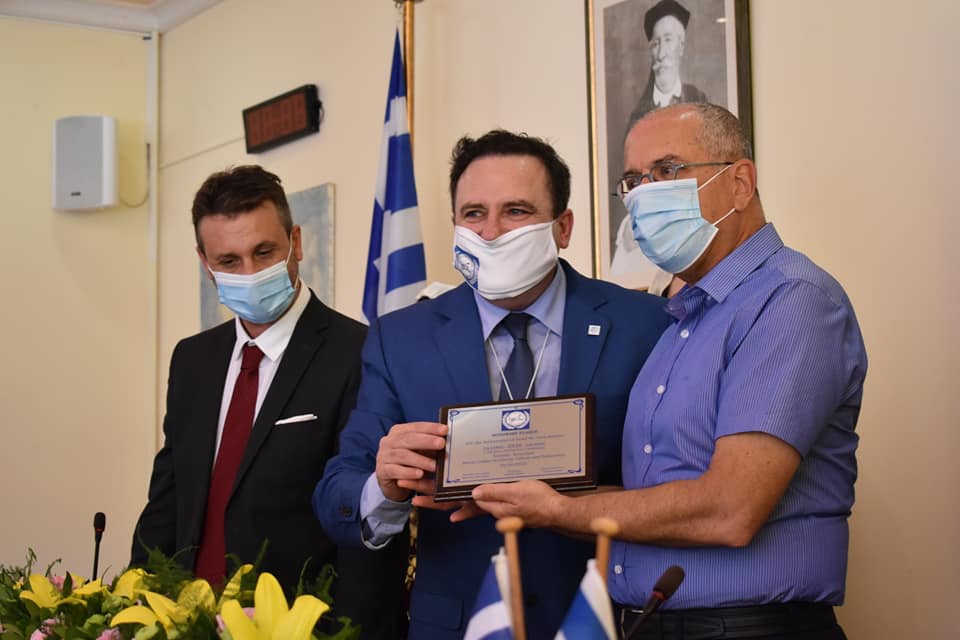 In addition, Mr. Maridakis have met His Serene Highness the Sovereign Prince of Monaco Albert II, to discuss these plans.

Kyriakos Maridakis vision has become an act of promoting, contributing as well as strengthening the Hellenic-Israeli relations by means of the island of  Salamis, forging friendship and stimulating peace and co-operation between the two nations.

This initiative has been most welcome by the Mayor of Salamis Mr. Georgios Panagopoulos, who have welcomed this cooperation with the belief that will contribute directly to the tourist and cultural promotion of the island and to the promotion of its cultural heritage abroad.

Israel has supported from the very beginning with an official letter to Mayor Mrs. Nannou for the Salamina candidacy envelope in European Capital of Culture claiming in 2021 recognizing the importance of the Battle Event by completing 2500 years of the anniversary of the battle.

–  The first Ambassador’s visit ever was held at the Municipality of Salamis was Mrs. Irit Ben Abba, expressing direct support and cooperation in all forms of development, laying the foundations for the completion and realization of twinning with a corresponding Israeli city.

– The Israeli city of Kyriat Motskin in 2016 received the twinning with the Municipality of Salamis with the full support of the Israeli Government strengthening the Hellenic -Israeli relations.

– The President of Israel Mr. Rivlin has visited officially the naval battle sites of Salamis

Thanksgiving letter from the Ambassador of Israel to Mr. Kyriakos  Maridakis acknowledging the excellent contribution of to the strengthening of friendly relations and cooperation between Greece and Israel.

– At the International Tourism Fair in Tel Aviv, 2018 Salamina, with the private initiative of Mr. Maridakis, will participate for the first time in the presentation of an integrated tourist daily destination, promoting and strengthening the Tourist / Cultural cooperation and development of the two Historic Countries.

If we consider that 700,000 Israeli tourists visited Greece next year, it can be certain that Salamis could be a new unique historical/archaeological / religious/naturalistic tourist destination next to the capital and in the port of Piraeus.

The power of cultural diplomacy could offer a lot to Greece and Israel since Greece is fortunate to have a rich cultural reserve and excellent “world cultural Ambassador” such as Mr. Kyriakos Maridakis to represent her worthy internationally.