Life in the L.A. of Greece, Leonidio Arkadias, during the Pandemic

Attiki Odos intends to compensate each vehicle that was trapped on the highway due to the heavy snow with 2,000 euros, the company revealed...
Read more

Attiki Odos intends to compensate each vehicle that was trapped on the highway due to the heavy snow with 2,000 euros, the company revealed...
Read more
Business

The footpaths on the island of Andros were featured in an article by the popular German hiking tourism magazine, Wandern & Reisen. According to the...
Read more 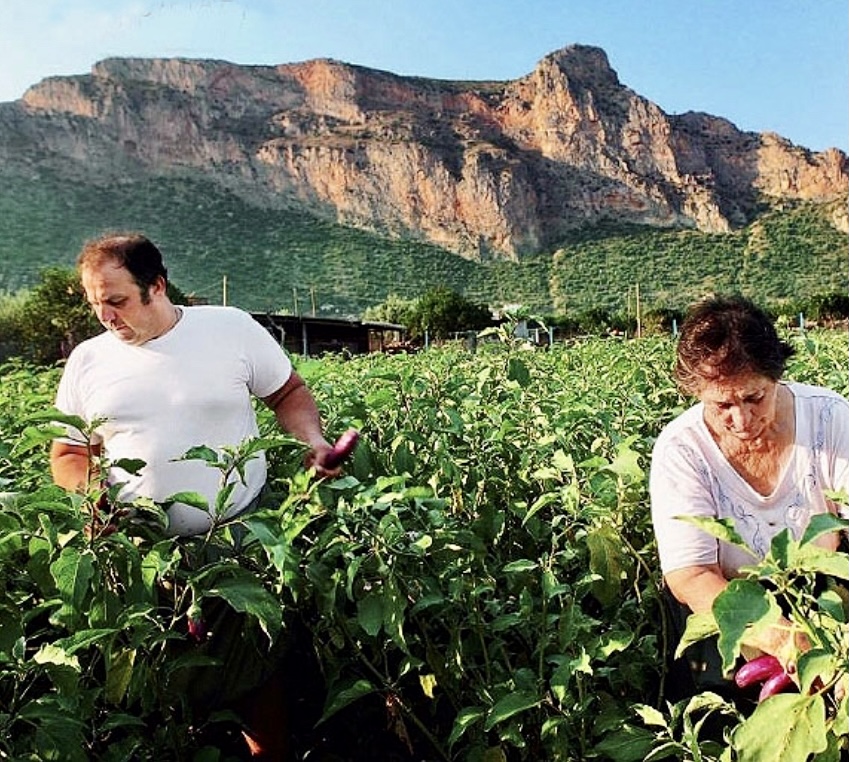 The many daily activities that Greek citizens have enjoyed, such as dining and travel, have come to a standstill once again during the second lockdown.  One thing that has not halted however is the ability to get out and become one with nature, agricultural production. This has truly been a saving grace and blessing for many Greeks.  Even the Greek government has made exceptions for those who own crops in bloom, such the various citrus, and olive trees, to be able to move around the country in order to go to their farmland properties and gather them for distribution. One such region that is busy in gathering these and other crops during this time is Leonidio, Arkadia. We sat down with the Mayor of Leonidio, and all of Southern Kynouria, Charalambos Lysikatos to discuss which economic activities are prospering and which may have been affected by this pandemic. We wanted to learn more about any long-term goals for the region.  Our discussions were had while touring through farmlands and groves, and strolling down various trails in the region for a new segment for The Hellenic News of America, showcasing various hidden parts of Greece that are emerging to the spotlight whether through innovative products or new activities. 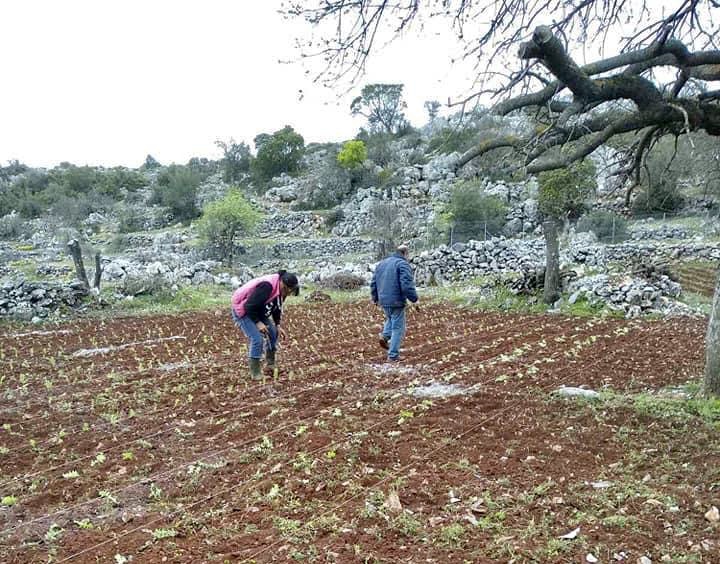 The economic activities of your Municipality are linked to agricultural production and seasonal tourism. How have they been positively affected and how negatively during a pandemic?

It is true that this year we are experiencing unprecedented situations due to the pandemic. No country, no city, and no village exists that has not experienced the negative effects of this crisis.  As in all regions, there is a fall in economic indicators, insecurity, and of course a drop in tourism. The comforting thing in our case compared to other areas and especially in relation to urban centers is that the decline in production, tourism, and the economy of our Municipality in general, is much smaller and this is a fact that allows us to be optimistic. 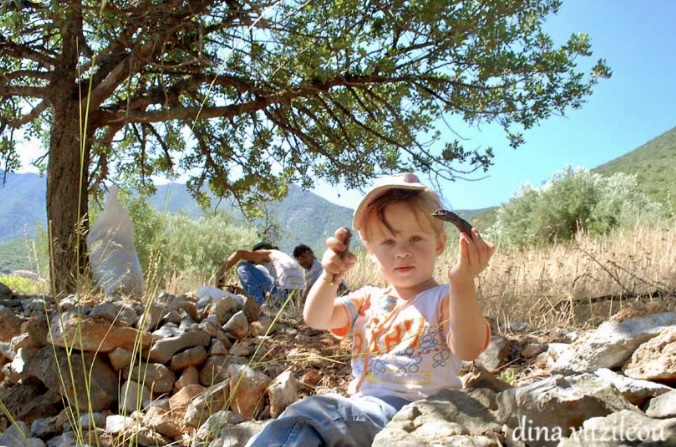 The Tsakonian eggplant is a product certified with a Protected Designation of Origin (P.O.P.) and thus can be exported to 50 countries outside of Greece. It definitely stands out and gives uniqueness to our region. Our land, however, is a blessed place of production of all agricultural products. Let us not forget that the Greek traveler Pausanias had named the plain of Leonidio “Dionysus’ garden”.

The vegetables produced in Leonidio are famous.

In Leonidio, Tyro, and the surrounding villages, we have a small but excellent quality olive oil production as well.

In recent years, Carob production seems to be a major advantage of the area and a remarkable supplementary income for residents.

Finally, a new important crop that has emerged in our regions is that of the organic aromatic plants of Mount Parnon. In Vaskina, oregano, tea, and other aromatic plants are grown, which seem to immediately win over the buying public.

As far as innovation is concerned, I cannot say with certainty that every sector of agricultural production generates an innovation. But surely the primary sector of our region has shown over the years that it has greatly helped our country to stand on its own two feet with dignity. 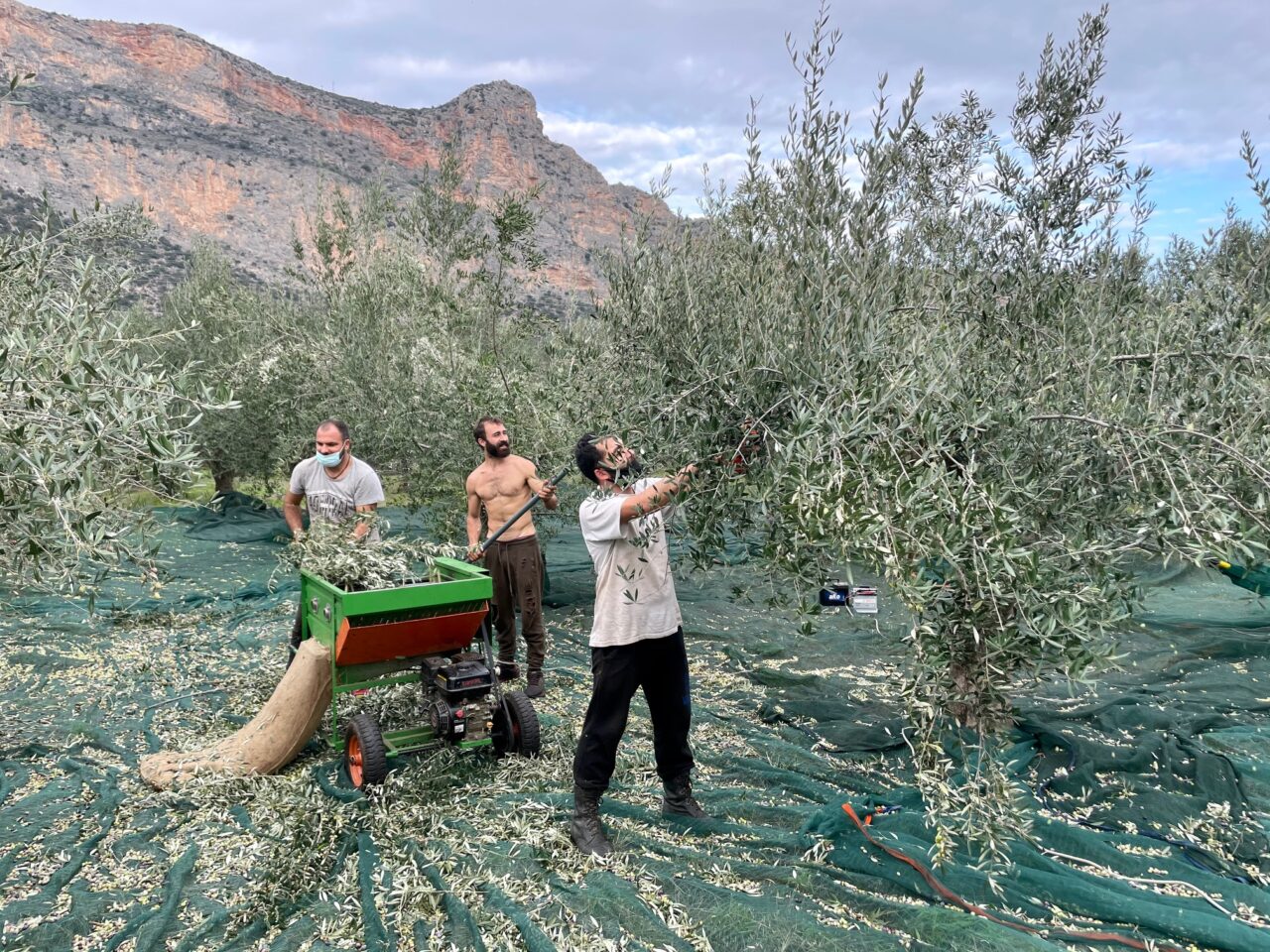 Are there any products and links that could support exports abroad?

It is true that when it comes to exporting agricultural products, our region has not taken any significant steps. The small production of products, the lack of organization by the producers, and investment fear, are some of the reasons that have not allowed the development of export activity. I think the new generation of producers should take their initiatives. There are possibilities, there is uniqueness in the products of our region. With appetite and knowledge from our young farmers and with the support of the Municipality, we can develop this sector steadily as well. 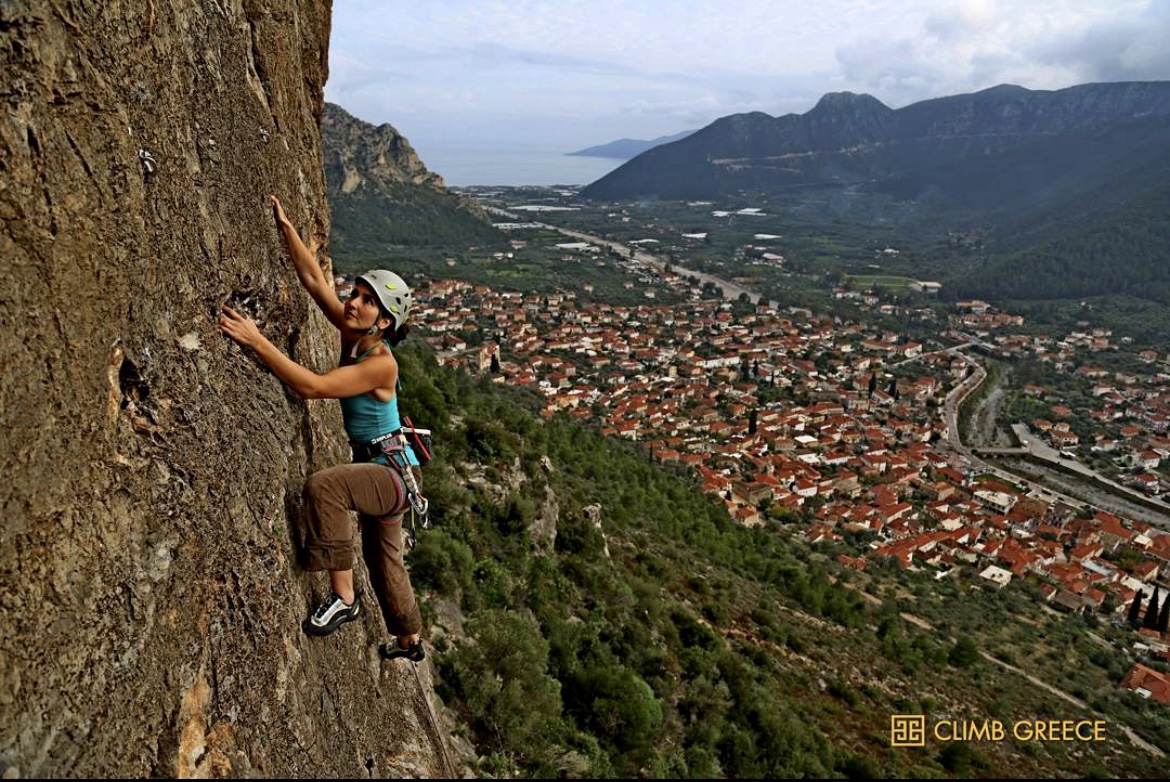 In recent years, climbing tourism has increased in Leonidio, which traditionally has focused on the seasonal tourism of Easter and summer with the beautiful and clean beaches of the Municipality. What plans do you have to promote sports tourism and other similar activities?

With targeting and vision, in recent years, we have managed to put our region on the world map of climbing. We continue with the goal, that the climbing park in Leonidio has become a hub of sports and training. So, in addition to opening new climbing routes, maintaining and improving existing ones, promoting through media and the Climbing Festival, we have begun to study the creation of an iconic building complex, like the Climbing Center of Leonidio. A project to host and develop Climbing at a hyperlocal level. In parallel with climbing, we are developing diving activities as the second important pillar of alternatives of the region. The Tyros diving park has already been located and we are studying the management and enrichment plan of the underwater area.  Alternative activities do not stop here though. The unique natural beauty of the area and its geography have led us to the development of walking routes, cycling routes, and other actions related to the interaction of man and nature.

Leonidio and the Municipality of South Kynouria have been at the center of worldwide attention in recent years. Tell us what other development plans exist in the foreground with this discovery.

As was made clear in the previous question, our plan for the development of the site is based on extroversion and alternatives. By developing activities such as climbing, diving, walking routes, cycling routes, etc., we create the comparative advantages that differentiate our region and increases traffic, resulting in job creation. We firmly believe that in the coming years the Municipality of South Kynouria will be a model for sports tourism and alternative activities. A Municipality leading the way in the wider European and international environment.

Leonidio, Arkadia has been dubbed the L.A. of Greece mainly due to its abbreviation.  However, one can not help think of the lyrics from The Mamas and The Papas, iconic hit California Dreaming, “I’d be safe and warm if I was in L.A.,” after this discussion with the Mayor Lysikatos but most importantly while visiting the farms and olive groves during this lockdown amidst the coronavirus pandemic, that thankfully has not infected the region yet.