Food and TravelTravelA Magical Night on the Sacred Island of Delos ...
FeaturedTravel

A Magical Night on the Sacred Island of Delos By Aurelia 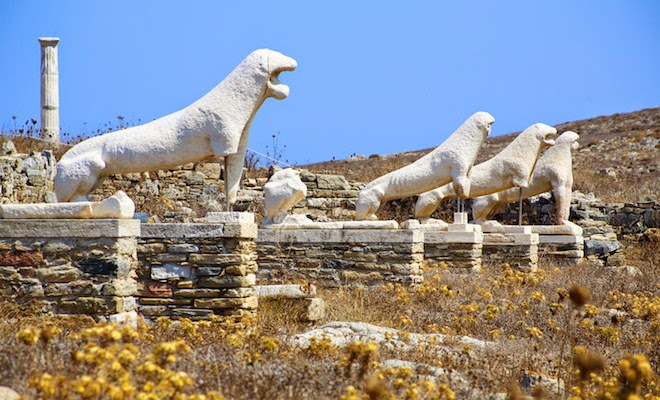 All guide-books and all guides will tell you that no one is allowed, by law, to stay on Delos overnight, but there is a wonderful story about how

LAWRENCE DURRELL, THE FAMOUS PHILHELLENE AND ENGLISH AUTHOR, MANAGED TO DO THIS AND HAVE THE MOST MAGICAL NIGHT OF HIS LIFE.

In his book, “The Greek Islands,” Durrell explains how he gained the cooperation of a boatman, practiced a slight deception on the men guarding Delos, and spent a romantic and spiritual night on the sacred island under the protection of Apollo himself.

Durrell hired a boatman named Janko to take him and his wife to the Bay of Phourni, below the old site of the abandoned Aesculapion. He had with him a sack that contained beer, bread, meat, and fruit and he also had sleeping bags. Janko dropped them off early in a very secluded area and then left. This was not unusual and it did not alert the guards, because it was the custom for small boats to drop visitors off, then return in the early evening to take them back.

The boatman came back to Delos, as Durrell planned, but then returned to Mykonos without his passengers. Janko’s part of the deception was to make sure the guards saw the boat leaving; he knew the guards would assume passengers were on board, but they were not. Durrell said the evening was perfect with Apollo protecting them, Zephyr controlling the calm breezes, and Aphrodite orchestrating the sunset. They swam nude by the rising moon and came back to drink the warm soup and coffee from the thermos flasks thoughtfully brought by Janko.

As dusk fell, they snuggled in their sleeping bags, but were awakened at midnight by the brilliant, white light of the moon. Deciding to prowl among the ruins, they climbed over rocks and through barbed wire, and did not need lights because, according to Durrell, “we could have read a newspaper by the moon’s light.”

They came upon what must have been the floor of a villa and, by the light of the moon, saw what looked like an ordinary fish design. Durrell went to the sea for a pail of water, splashed the seawater over the floor, and, like a photograph developing in a tray, the head of the most beautiful dolphin emerged. It was one of the famous mosaics that would be viewed by the public in later years, but he and his wife saw it long before others.

Durrell described Delos as “silent and ominous” at night with snakes and lizards slithering about, but he said it was also magical. When the moon gave up its brilliance, they managed to sleep once again and in the early morning the boatman returned. Reluctantly, they boarded the boat this time and returned to Mykonos.

The island itself is relatively small—six kilometers long and 1,500 meters wide, but is monumental in Greek history and mythology and was one of the most important and glorious civilizations the world has ever known. Delos is not only the geological center of the Cyclades, but was

THE COMMERCIAL, RELIGIOUS, AND CULTURAL CENTER OF ANCIENT GREECE.

Delos is the birthplace of Apollo, the god of light and his sister, Artemis, goddess of hunting. They were born under a palm tree to Leto of the lovely hair who was impregnated by Zeus. Zeus chose Delos for the birth because he had to find a sanctuary for Leto, far from the eyes of his jealous wife, Hera. Delos means “that which appeared” and was so named because it suddenly appeared in the waves and sheltered Leto from Hera’s eyes. That is the wonderful myth of Delos.

History tells us, however, that the island was probably first inhabited in 3000 B.C. and at the end of the fourth century it developed into a major commercial center, competing with Rhodes. By Roman times, Delos had roughly 25,000 inhabitants. Archaeologists uncovered evidence of Ionians living here in the 7th century B.C., followed through the centuries by Athenians, Delians, Egyptians, Syrians, and Romans.

It was the jewel of the Aegean Sea and was the summer home of the rich and famous of the time. It was magnificent and majestic. Rumor has it that Cleopatra had a summer home here, but there is no archaeological evidence to support it, although the search goes on.

Delos’ rule over the sea was established around 478 B.C., when a Delian confederacy was formed to bring neighboring islands under its influence. Lavish festivals were held every five years to honor the gods, large barges brought animals from neighboring islands for sacrifice, and the most nubile Delian maidens were chosen to dance and sing hymns in honor of the gods.

The island was once a burial ground for Delians, but sometime around 426 BC. , in order to secure the favor of Apollo and incidentally, to gain control of the shrine’s treasurers, the bones of those who died there were removed to Rhinia, a nearby island where a new burial ground was created. Also, from that point forward, women who were about to give birth were taken to Rhinia for the occasion. In effect, no one was allowed to be born or to die on the island.

The island’s fall was sudden and brutal. In 88 B.C.. during the Mithriadic War, all inhabitants were slaughtered and the mansions and temples desecrated and demolished. Next, an army of barbarians burned the island and for years after that pirates came to pick over the remains. It was not until late in the 19th century that archaeologists began excavations that revealed the glory of Delos and encouraged the Greek government to establish strict rules for this site.

The French School of Archaeology began excavations in 1872 and in 1904, what is known as “the great excavation” took place. This is when many public buildings and private houses were uncovered and some were partly reconstructed. Work is still in progress. Five of the magnificent nine lions that are symbols of Delos have been removed to a museum to protect them from corrosion and the proud lions one sees now on the Avenue of the Lions are casts of the originals.

Aurelia is a professional travel writer and the author of two novels, “A Lone Red Apple,” set on the island of Mykonos, and “Labyrinthine Ways,” unfolding on the island of Crete. Both books are available on Amazon. 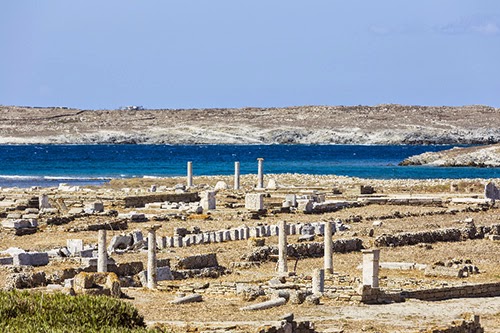 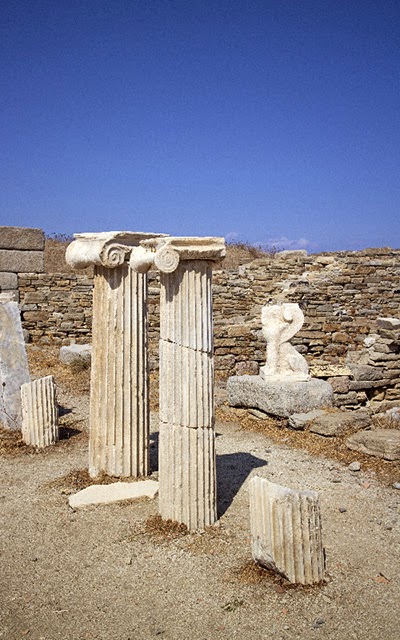 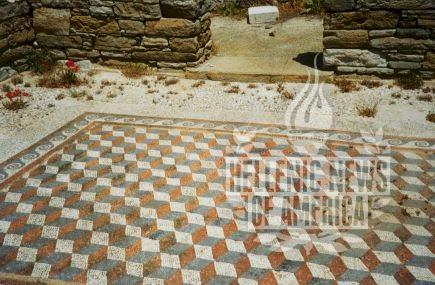 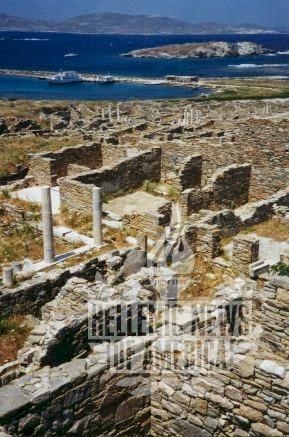 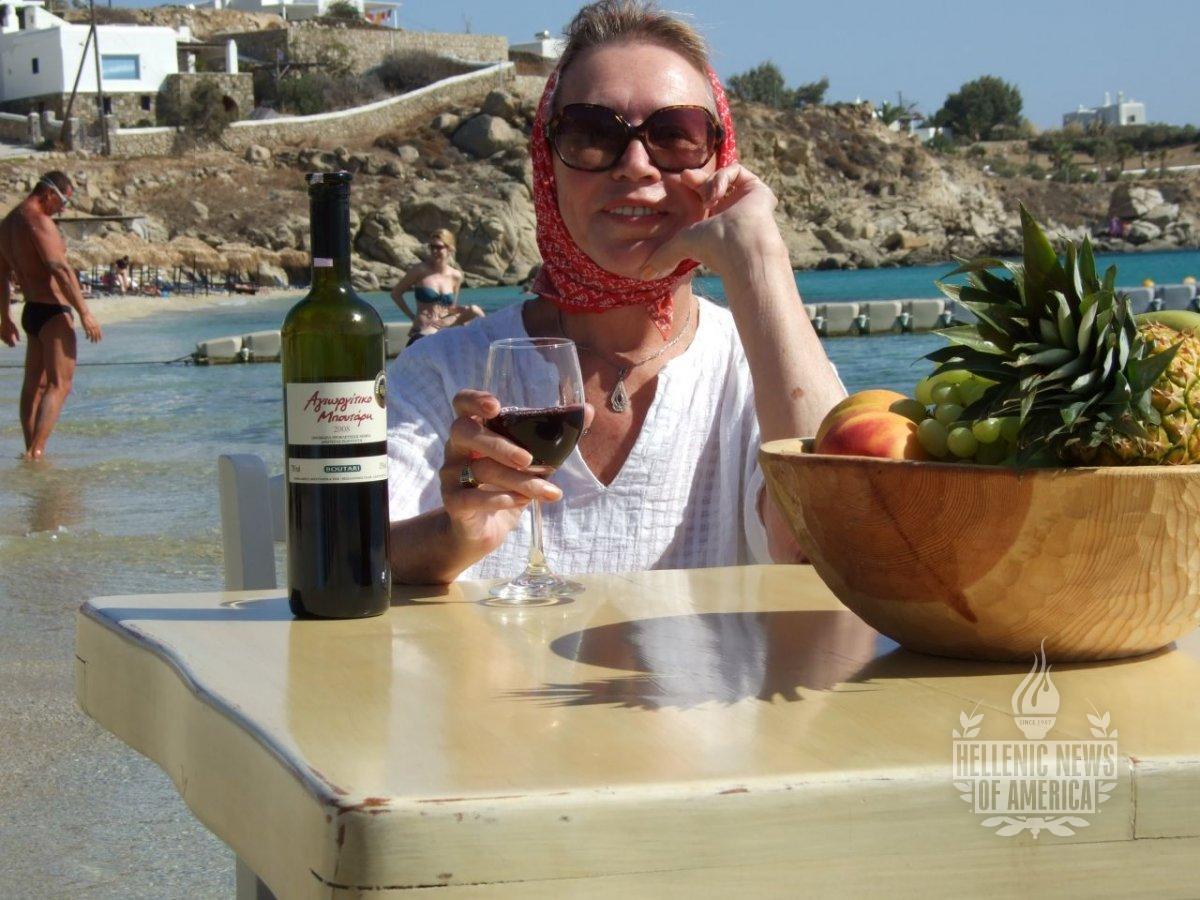