Dr. Antonis Pratsos is the guy you go see so you can avoid open heart surgery.

This interventional cardiologist from Cyprus works with medicated stents, wires, balloons and lasers to unblock and clean out your arteries.  His approach uses the least intrusive procedures to treat your cardiovascular disease.

“What I do is try and avoid the surgery,” says the Main Line Health physician. “With wires and catheters we get in there and we open all these things.”

The 48-year-old Wynnewood man has been in practice for 14 years, currently with Marple Medical Associates in the Lawrence Park Shopping Center in Broomall. He has worked 12 years out of Bryn Mawr Hospital and is also associated with the Lankenau Heart Institute in Wynnewood.

Dr. Pratsos is a 23-year expert in the catheter treatment of complex coronary artery disease. He’s also an expert in the Excimer Laser Ablation Therapy, a “cool laser” treatment that uses bursts of ultraviolet light to dissolve a blockage.  The laser is an excellent tool to make a path in an artery, allowing a stent and a balloon to be inserted to clear the artery, he explains.

“I probably have used a laser more than anybody in the country and maybe in the world in the last 10 years being here,” he says.

He’s performed 100 procedures using the laser since August 2007.  As a result, people come from all over the world to Bryn Mawr Hospital; including Japan, China, Puerto Rico, Venezuela, and Chile, to be trained on the device.  Dr. Pratsos estimates he’s training 50 cardiologists a year on the procedure.

Dr. Pratsos can help patients with angina, as well as those who have suffered a heart attack and who may be a stroke risk from Atrial fibrillation and arrhythmia.

“We can get into the heart from the right side … crossing to the left with special techniques and plug up what we call the appendage. That appendage is a harbinger of clots in patients with Atrial fibrillation and arrhythmia and therefore by plugging it up with a device we can stop strokes from occurring,” Dr. Pratsos explains.

It’s all about knowing how to open up those blocked arteries and stop blood clots.

Angina, or chest pain, occurs because an artery blockage doesn’t allow blood to go through so nutrients and oxygen can’t get to the heart.  In a typical intervention procedure, the doctor would go either from the wrist or from the groin with a tiny needle, threading a wire up into the radial artery, the brachial artery and into the subclavian artery, which is up the arm. You then put a catheter into the aorta.

A map is made of the arteries of the heart so you can see what’s open and what’s blocked. Through that same catheter you can put a wire and a balloon to open up arteries. That’s known as balloon angioplasty.  You can also use lasers or rotablation, a technique that destroys built up calcium in the artery.  Once the artery is cleared, drug medicated stainless steel stents are put in to prevent the artery from re-narrowing, keeping it open.

“That’s my world of intervention in a nut shell,” he says.  “That’s why this hospital used to do 400 bypasses a year and now they do maybe 50,” Dr. Pratsos says.

Intervention is a lot less invasive and easier on the patient.

“You don’t open the patient up. You don’t take it to someone’s heart, to put grafts in it, to put valves in, to open up the aorta and do all the things…that are with a knife and retractors, stitching and all that,” he says.

Bypass surgery, where a path is created around the blocked artery, may be necessary for a patient who is severely diseased, but for many, intervention procedures can be a less invasive option to better cardiovascular health and a better life.

The same techniques can restore mobility for patients who can’t walk because the leg arteries are blocked.

“We open them up and people can walk and have a normal life, or they get a wound and it won’t heal so instead of cutting the leg off… they live for years with their leg intact. That’s what we do up here,” he says.

Dr. Pratsos grew up in Cyprus. He graduated high school and served in the army from 1986 to 1988.

“They came close to war, Greece and Turkey, once,” he says. “There was some rock in the Aegean. The Turks went in and put the flag up and then the Greeks put it down and it was close to war.”

He describes Cyprus as a small country of 600,000 people, with a small community feel and very family oriented.

“Mom was at home, a very protected environment,” he says. “Going from Cyprus to the UK, landing with one suitcase there and going to study, when I’ve never been abroad before, that was a shock, a culture shock.”

He could speak the language because he went to an English school in Cyprus, but it was harder to adapt to the culture and the lingo. “Then coming here, it’s a completely different culture here as well.”

He immediately went from high school to college in the United Kingdom, attending the Victoria University of Manchester, where he graduated in 1993.

“There is no medical school in Cyprus. There hasn’t been. At that time, there was no university in Cyprus. Now there is,” he says. “That’s why I went to the UK.”

Cyprus was a colony of England until its independence in 1960 and a lot of young people from Cyprus go to England for studies, Dr. Pratsos says. “The high school I was in allowed you to take all the exams to go straight into the UK universities.” Greece, England and the United States are the top three destinations for young people from Cyprus seeking higher education, he adds.

He came to the United States in 1994, performing his residency at the Albany Medical Center.  He did his fellowship at Thomas Jefferson University Hospital in interventional cardiology, than began his medical practice.

“I wanted to specialize in cardiology and I felt this was the best place for me to do that. In addition, I met my wife and she was a young Canadian, a Greek Canadian doctor, and I decided to come to this side of the Atlantic,” he says.

He found cardiology to be “exciting, always evolving, always on the cutting edge.”  Interventional cardiology let him use his hands and skills that are almost surgical, but it also gave him the gratification of seeing a patient’s life improve almost immediately.

“Call it selfish on my behalf, but it’s rewarding, as opposed to a chronic illness where you have arthritis…I give you a pill and you still have arthritis. You still have coronary disease but you get a stent or you get a procedure and you feel a lot better and you can function,” he says. “That’s what got me into it.”

So what makes a good interventional cardiologist?  It helps to be a considerate, persistent and hardworking person, he says. A clinical acumen which you develop through studying and practicing with patients is also important.

“It’s an art more than a science,” he says. “It’s both, but the science comes with the books and the data and the art is how you deal with patients, your manner, those kinds of things.”

Looking ahead at work being done in his field at Bryn Mawr Hospital and Main Line Health, Dr. Pratsos is excited by the possibility of bio dissolvable stents currently being tested in clinical studies.

“These are new devices we put in patients. Stents are made out of stainless steel. This is something else and then it disappears. It goes into the artery. It stays there for a year and then it just goes away, it dissolves.”

There is also a study underway on new drug medicated stents that have the potential to help relieve patient’s symptoms, he says.

Another project is a $300 million investment at Bryn Mawr Hospital to create hybrid operating rooms, where both surgical and catheter wire techniques can be performed.

Despite his years of expertise in cardiology, Dr. Pratsos still considers his greatest achievement to be his children.

“I think my proudest achievement is having three children and raising three kids and having a happy family.”

His children are tri-lingual, speaking Greek, English and French. His wife, who grew up in Montreal, Canada, speaks five languages. Besides Greek, French and English, she also picked up Spanish and Italian here in Philadelphia “because she wanted to learn,” Dr. Pratsos says.

His children attend a French International school and go to a Greek school in Upper Darby.

“They learn to read, write and speak in Greek and we only speak to them in Greek at home to maintain the Greek heritage,” he says.  “When we go home [to Greece] they can communicate with grandma and everybody else, uncles and cousins. They fit right in,” he says. 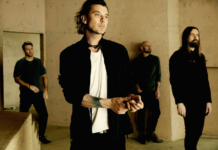 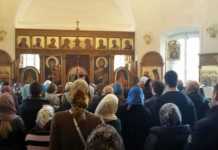 Easter Lenten Services in Russia During the Coronavirus Pandemic