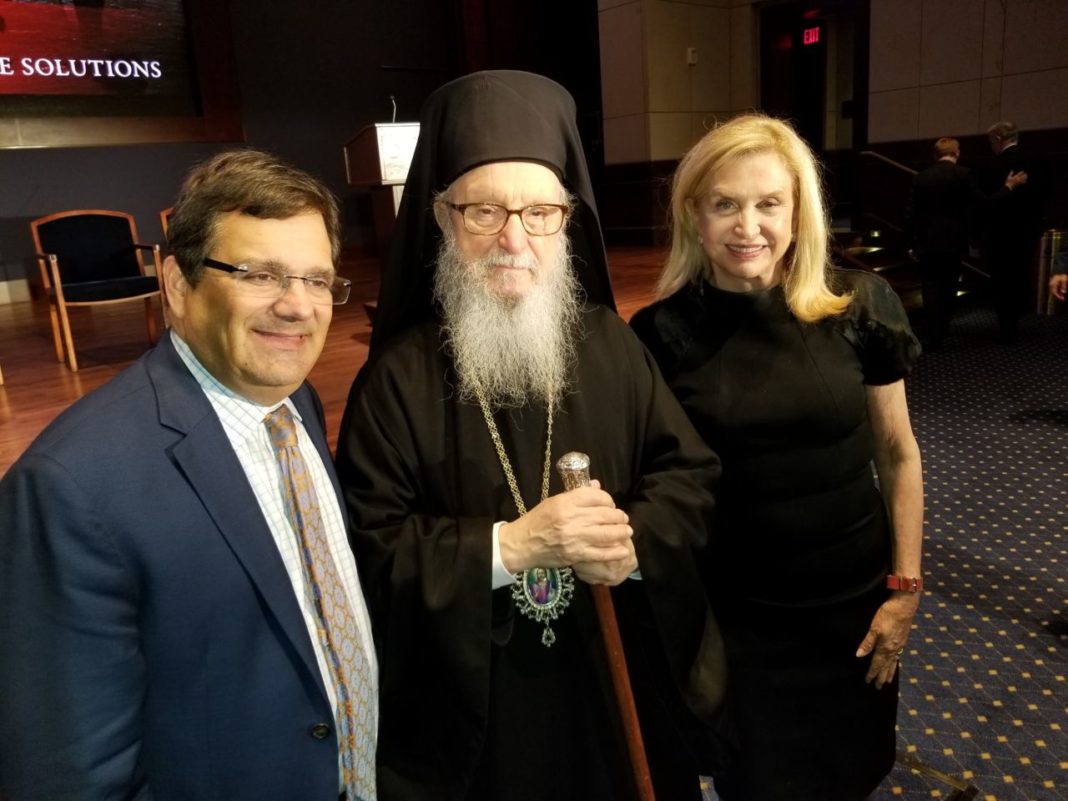 WASHINGTON, DC– On Tuesday, while addressing the 3rd Archon International Conference on Religious Freedom, Congresswoman Carolyn B. Maloney (NY-12) announced her intention to reintroduce a House resolution calling on Turkey to respect the rights of the Ecumenical Patriarch.

“Freedom of religion is a core American principle and a key component for peace and stability around the world. As co-founder and co-chair of the Hellenic Caucus, I have long advocated for reforms in Turkey to respect the rights of the Ecumenical Patriarchate and reopen the Halki Seminary. I intend to reintroduce a resolution that calls on Turkey to enact such reforms. These efforts have historically had strong support in Congress, and we must continue this work. Persecution against Christians and other religious minorities around the world is a security crisis and the U.S. government must remain vigilant in its monitoring and response.”