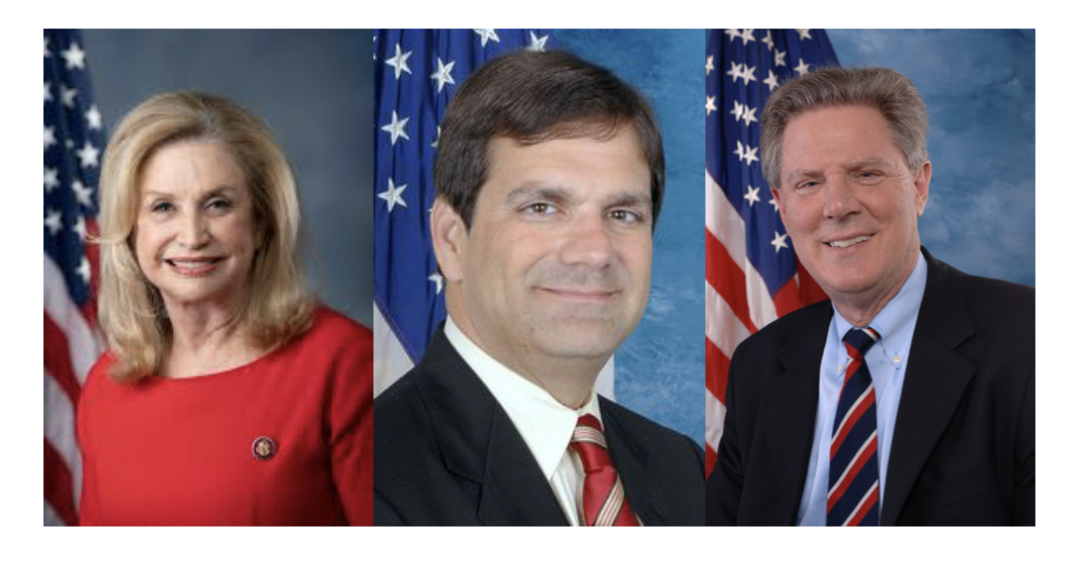 Representatives Carolyn B. Maloney (D-NY), co-chair and co-founder of the Hellenic Caucus, Frank Pallone, Jr. (D-NJ), and Gus Bilirakis (R-FL) led a group of 16 bipartisan Members of Congress in condemning the Republic of Turkey’s reckless actions in the Eastern Mediterranean that have increased tensions between North Atlantic Treaty Organization (NATO) members. In a letter to Secretary of State Mike Pompeo and Secretary of Defense Mark Esper, the Members urged the Trump Administration to condemn the actions and work with the United States’ regional partners to de-escalate the tension.

“Turkey’s aggressive actions in the Eastern Mediterranean over the past few months have raised tensions in the region to dangerously high levels. Turkey’s illegal and repeated violations of Greek and Cypriot sovereignty in pursuit of drilling for natural gas is unacceptable and dangerous,” said Congresswoman Maloney. “In just the last few weeks, Greece has needed to rapidly mobilize its armed forces in response to threats from Turkey, raising the troubling prospect of a conflict between NATO-member countries. Secretary Pompeo and Secretary Esper must publicly condemn Turkey’s actions and make it absolutely clear that the U.S. will not stay silent as Turkey encroaches upon two of our critical allies in the region, Greece and Cyprus.”

“Turkey’s recent actions in the Eastern Mediterranean are part of an unfortunate pattern deliberately designed to destabilize the region and capitalize on the resulting chaos. In this case, Erdogan has ordered Turkish military units to breach the sovereign territories of our NATO allies, including Greece and Cyprus, resulting in a series of near misses between Turkish and Greek, Cypriot, and French navies. The Trump Administration’s deafening silence after Erdogan’s consistent saber rattling must end. I thank my colleagues who joined me in this effort to urge the Trump Administration to condemn Turkey’s actions and quickly halt any further provocations in the region,” said Congressman Pallone.

“The United States needs to condemn Turkey’s recent acts of provocation quickly and without ambiguity. Greece and Cyprus have the absolute right to develop the hydrocarbon resources within their Exclusive Economic Zones (EEZ). We cannot let Turkey continue to destabilize the region and threaten the spirit of cooperation and collaboration that has taken hold,” said Congressman Bilirakis.

A copy of the letter is available here.