The AHEPA National Educational Foundation is proud to announce three recipients of the Constantine and Patricia Mavroyannis Scholarship for 2020. They are: Dimitrios Kosmopoulos, University of...
Read more
Politics

By CDR Demetries Andrew Grimes, USN Ret.   The UN, EU, NATO, and the US are failing peace and freedom loving nations and peoples as Turkish...
Read more
Culture

By Aurelia Mozart’s Piano Symphony 21 is playing on my favorite internet radio station, “Beautiful Classical Music from Venice,” the kettle is rapidly boiling, a...
Read more 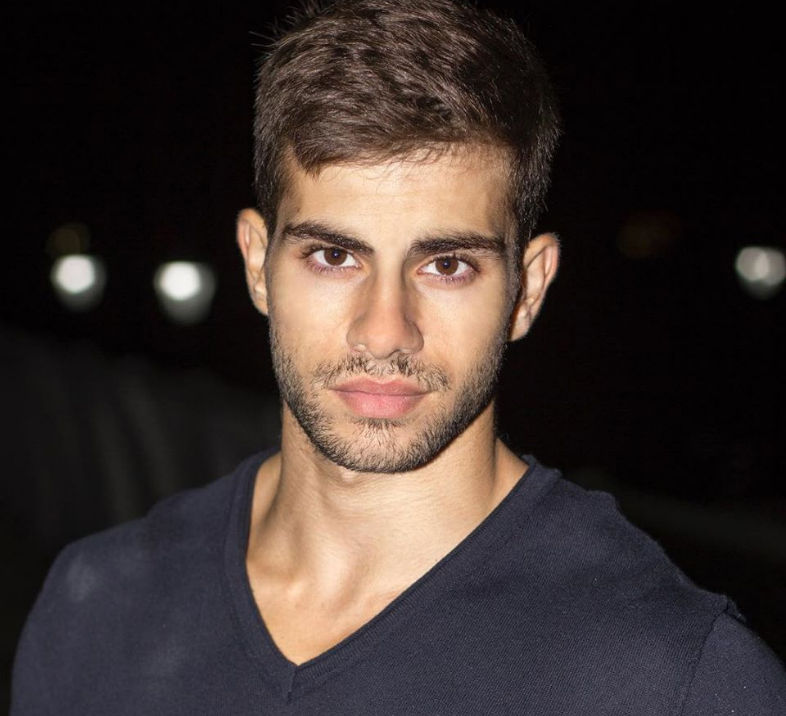 Celebrity fitness coach and expert Xenios Charalambous chatted with HNA’s Markos Papadatos about his career via Zoom, and how he went from playing video games to becoming an accomplished fitness professional.

“I have been doing well,” he said, during the quarantine. “I am in Cyprus right now, where we don’t have any cases with the Coronavirus. It has been pretty safe over here.”

He shared that he lived in London for eight years. “Once I transferred my business fully online, I decided to move back to Cyprus, where the weather and food are absolutely unbelievable.”

On being a fitness coach and expert in the digital age, he said, “I used to train celebrities in London. I met some really good connections when I was in London, where I did one-on-one personal training. In 2018, I hired a really good business consultant that helped me with my business, and right now, we are developing a really good platform where we are targeting the U.S. market, and we are slowly expanding to other markets as well.”

Regarding his daily motivations, he said, “Back in the day, I used to do YouTube videos. I was going to the gym and trying to be in shape just to make good YouTube videos that people would see and learn from me. Right now, my motivation is different. I do what I do to help more people get in shape and it also helps me with my business. It’s my motivation to be healthy and to help people,” he added.

He acknowledged that over the years, he has had many proud moments. “I used to be sponsored by a very popular sponsor company in 2015, so that was a proud moment for me. Now, in my fitness career, my biggest achievement is to reach over 10 million people with my YouTube videos, so that everybody discovers who I am: a guy from Cyprus coming from nowhere, but once my videos went viral, everybody started to find out about me,” he said.

“Also, London was a big moment for me,” he said. “I dropped out of university to pursue my passion. Back in 2017, I was about to go bankrupt and my family wasn’t happy about this. I decided to do something to pay my rent and to make a living in London. I came up with the idea to start training people and I advertised myself as a celebrity personal trainer and within two weeks, I got my first client in London. Then, after six weeks, I have 17 clients, so I went from zero to making money, and it was crazy to see this transition happening within a few weeks. This was a life-changing moment for me.”

He noted that the challenges he endured in 2017 have kept his humble. “I always try to remind myself how I used to be in 2017, so that has motivated me since I am in a good position right now,” he said. “My background is network engineering and programming. My dream was to work for a big tech company such as Apple. Nothing happened with that, but now I own my own fitness company. I never imagined that this would be happening, but here we are today.”

In 2015, Charalambous was the No. 1 “Most Watched YouTube Body Transformation,” accumulating well over 6.6 million views.

For young and aspiring fitness coaches, he underscored the importance of them loving what they are doing. “When I was in the fitness industry and started this back in 2013, I used to love it so much. Even when I was not making any money out of it, I was still passionate to help people, to still assign workouts and diet plans. It’s not about the money, it’s about seeing people smiling,” he said.

If he were to do any track and field event, he revealed that he would do the 100 meter dash. “Back in the day, I used to be a sprinter, where I would run the 100 meter dash,” he recalled. “My father used to do marathons and runs. I used to do those sports when I was 10 years old, but I would definitely do that again.”

“When I turned 14 years old, I got into video games and I would play video games for 14 to 16 hours,” he said, prior to adding that he started going to the gym after that, and everything else is history.

On his ethnic background, he said, “Both of my parents are originally from Limassol, Cyprus, and I am from there as well. My father has a very inspiring story, where he used to be a warehouse worker, and right now, he is a very successful entrepreneur in Cyprus. My mother is a musician, and I studied music as well for 15 years but I decided not to pursue it. I went with software, computers, and information technology (IT), but now I am with fitness.”

He has an affinity for the Greek cuisine, especially such foods as Greek souvlaki, kebab, and moussaka.

Regarding the title of the current chapter of his life, he said, “Right said, to be honest, I am in a position where I am trying to master three important aspects of my life: health, wealth, and love.” “My biggest focus at the moment is my business. We are trying to expand worldwide, so that’s my biggest focus right now,” he said.

Charalambous defined the word success as being individual. “Success is all about you and being very happy with what you are doing. It’s not just about money. At one point in my life, I used to make good money, but I wasn’t passionate about it so I didn’t consider that a success,” he said.

“Success, for me right now, is being fulfilled with what I am doing. Also, waking up each morning and being motivated to do what you love. If you achieve this state in your life, then you are successful,” he said. “Success is freedom, time and money. If you have these three things, that means that you are successful.”