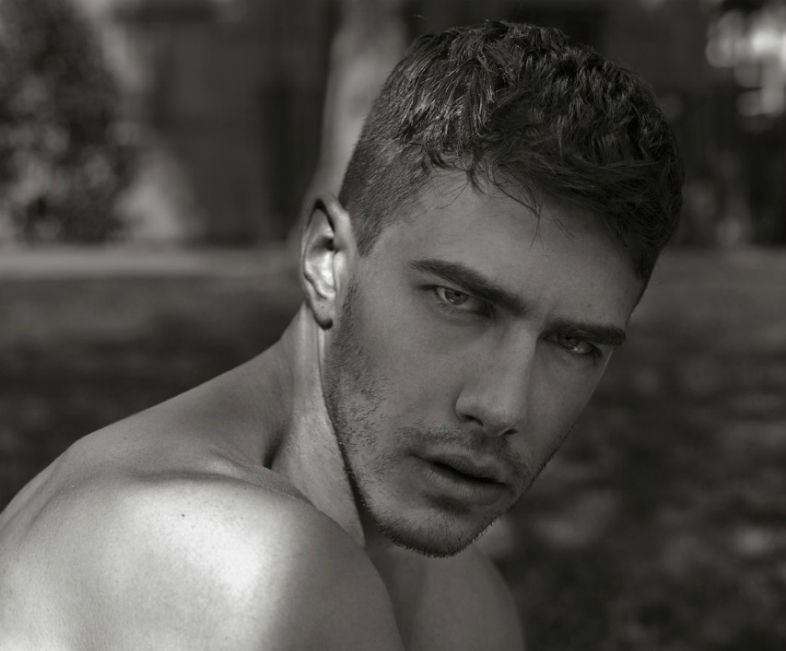 Hellenic News of America’s Markos Papadatos chatted with actor, model, and social media personality Dominic Adriano Albano. He opened up about his upcoming Jabbr podcast and being an entertainer in the digital age.

On life during quarantine, he said, “I’ve been surprisingly busy.” “Naturally, at first, things were a bit slow, but eventually picked up,” he said.

He also opened up about his Jabbr podcast. “I’m working on a podcast right now with Jono Madison, who is a photographer that I’ve worked with over a dozen times. We have great chemistry and I think us being on different sides of the camera is good for the show, bringing different perspectives and experiences while staying on topic: mostly industry stuff.”

“The podcast begins airing episodes this fall. The longevity of the show depends on the viewers, until they get sick of us,” he said with a laugh.

On being a model and an actor in the digital age, he said, “Honestly, I feel like I was born in the wrong era. Sometimes, I feel like I’m not even a ‘real’ model/actor, just some social media personality. A lot of the work is digital and it doesn’t feel like that counts. But at the same time, maybe digital is a good thing. Who’s to say I’d be doing what I do if I had been born in a different era.”

Regarding his plans for the future, he said, “I’m supposed to shoot an independent film in New York this fall. I’m legally not allowed to talk about it until I’m actually on set. I think there’s always a risk when shooting in the low budget world; it might not get made at all, so nobody really talks about it until it’s done. Also, these days, I’m creating content for my OnlyFans account, which followers can subscribe to on a monthly basis.”

For young and aspiring actors and models, he said, “Don’t sit by the phone and wait for your agent. Create opportunities. I think especially in the digital age, you’ve got amateurs, professionals, full timers and part timers creating content and putting it out there. You don’t need to be in Hollywood or New York anymore to create a career in creative field. Get out there and make it happen, and still answer the phone when your agent calls.”

On the title of the current chapter of his life, he said, “Work.” “I’ve just been really focused on my brand. Rebranding constantly. I wish it were more interesting than that, but everything I do these days has to do with the work,” he said.

When asked if he were a competitive swimmer and what stroke he would choose, he responded, “You know, I used to swim back in the day. I think the frog one. That’s breaststroke, right?”

He defined the word success as follows: “Success isn’t about money or fame or whatever. I think success means you wake up every day and you truly enjoy what you do.”

For his fans and supporters, he concluded about his podcast and future projects, “I am really, truly grateful that they’ve given me a voice, a platform and an audience to share my work. Without the audience, there is no reason to do the work.”