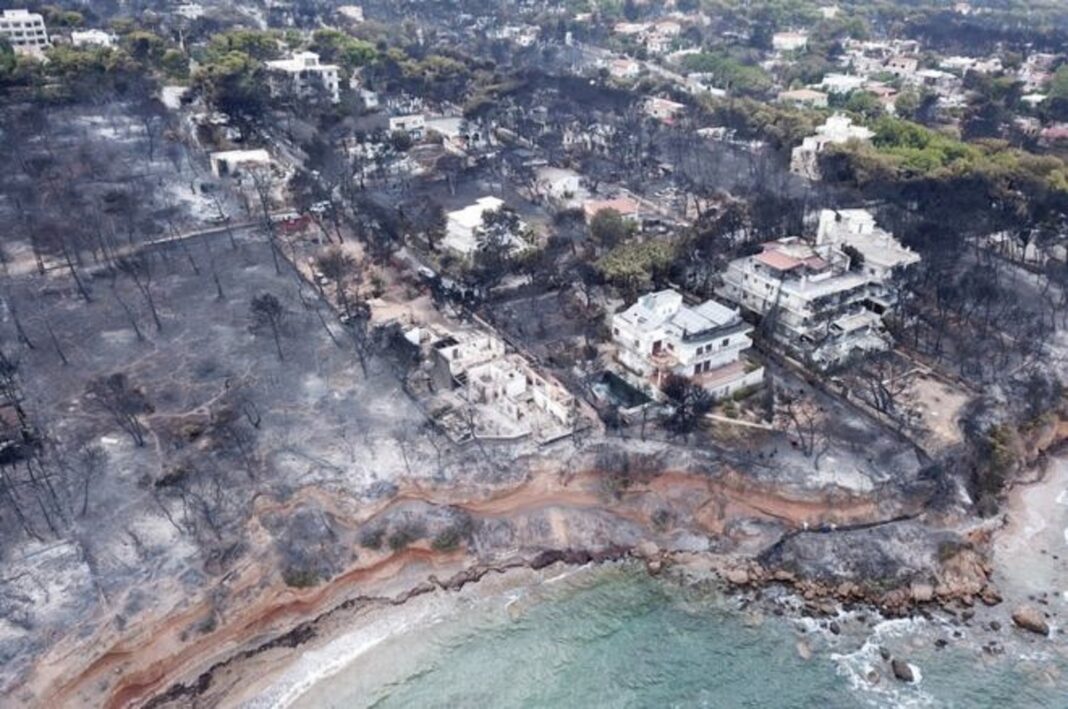 July 23, 2020, is the Second Anniversary of the Mati Fires of Attica, Greece. In 2018, a series of wildfires in a resort and affluent coastal areas of Athens occurred. 700 persons were evacuated from Rafina, Kokkino Limanaki and Mati. Entire families were wiped out. I arrived in Athens on July 23rd, 2019, on the First Anniversary of the Mati Fires. The SYRIZA government spokesperson said, “We must remember the persons who died and make sure it never happens again.”

The persons I talked with said “we do not need prayers and blessings. The Government must be prepared and know the physical location and geography of the area. The best memorial is changing the fire procedures and laws”. The SYRIZA government is no longer in power.

The real heroes of Mati are the middle class firemen, who believe it is their duty to save. I interviewed Fireman Kosta, before the Covid-19 Pandemic when Americans with American passports were able to fly on Delta to Greece in 2019. The interview took place at Replay Billiards & Net, Recreation Center, Tripolis, Arcadia. “I was in Chios in 2012, fighting the fires,” he explained. “The Chiotes lost 5 million euros in Mastiha tree production. Half of the area burnt down. The Chiotes were gracious and hospitable. Firemen from all over Greece were helping the Islanders. In 2017, I fought fires in Zakynthos, Rhodes, and  Peloponnese. Many fires are natural, caused by burning garbage, that releases chemicals.” Kosta is stationed in Tripoli.

“We are always working out physically,” he said. “We must be in good physical shape to fight fires. I must be focused, and healthy to save someone.” News sources claim arson. Let us hope the Summer of 2020, celebrating the Second Anniversary of the Mati Fires, will be safe.