Memories of Russia: Cathedral of the Archangel Michael, Kremlin, Moscow 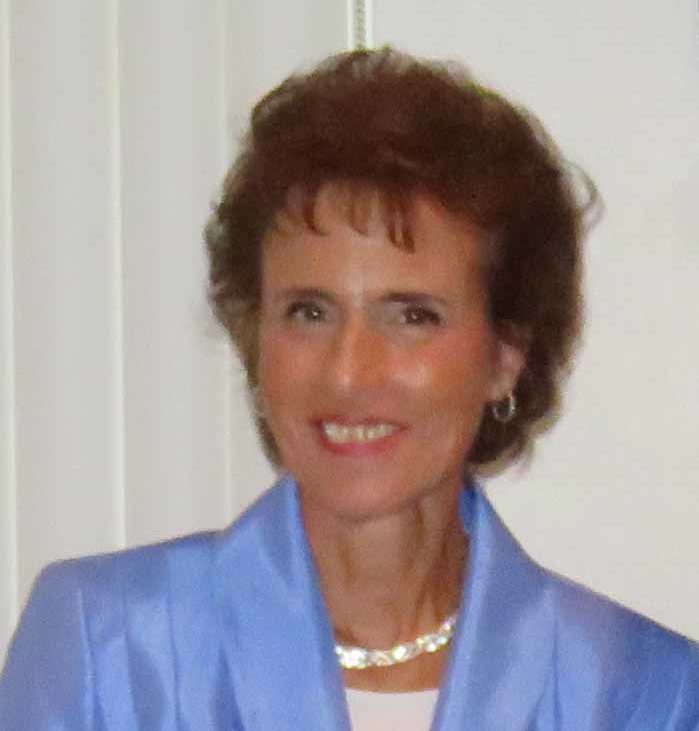 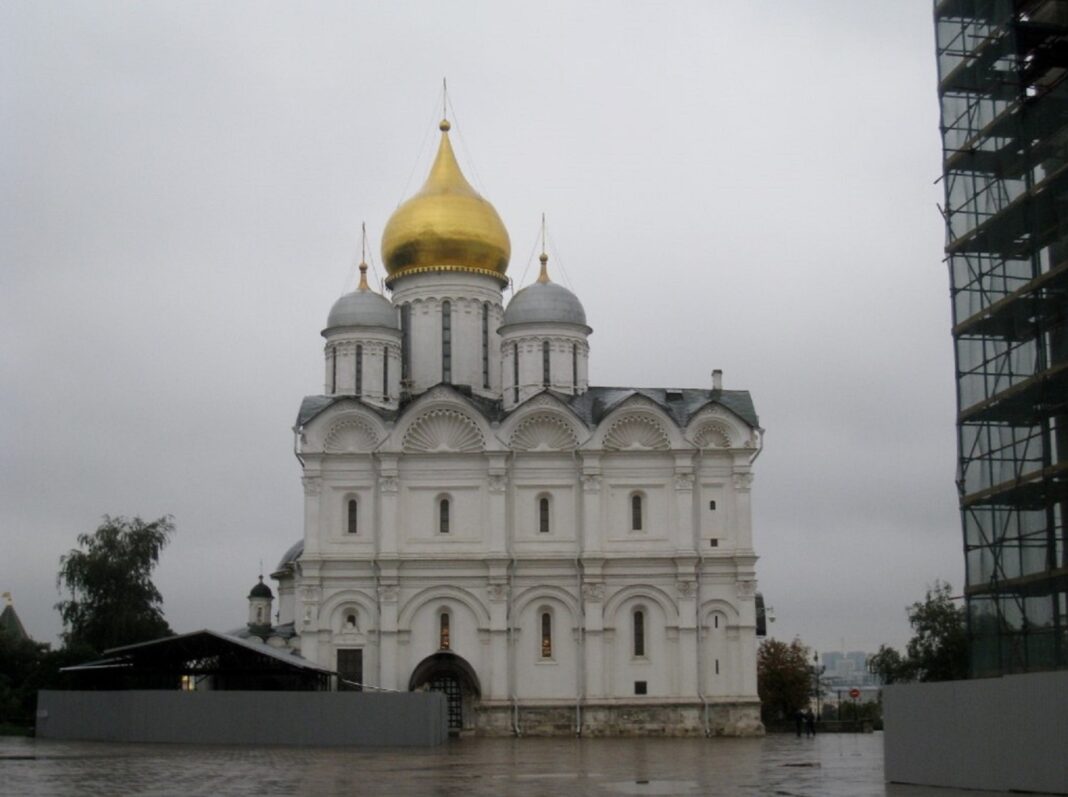 I had a piece of good luck in traveling to Russia before covid-19 and Middle East problems. “We are passing by the Cathedral of the Archangel Michael, the royal burial shrine in the Kremlin,” said our Moscow guide Irina Chetina. Her pleasant personality made our trip memorable. Through the years, she emails news on Russian Orthodox holidays from the Wonderworking and Unmercenary Saints Kosmas and Damian of Asia Church in Maroseika Str. 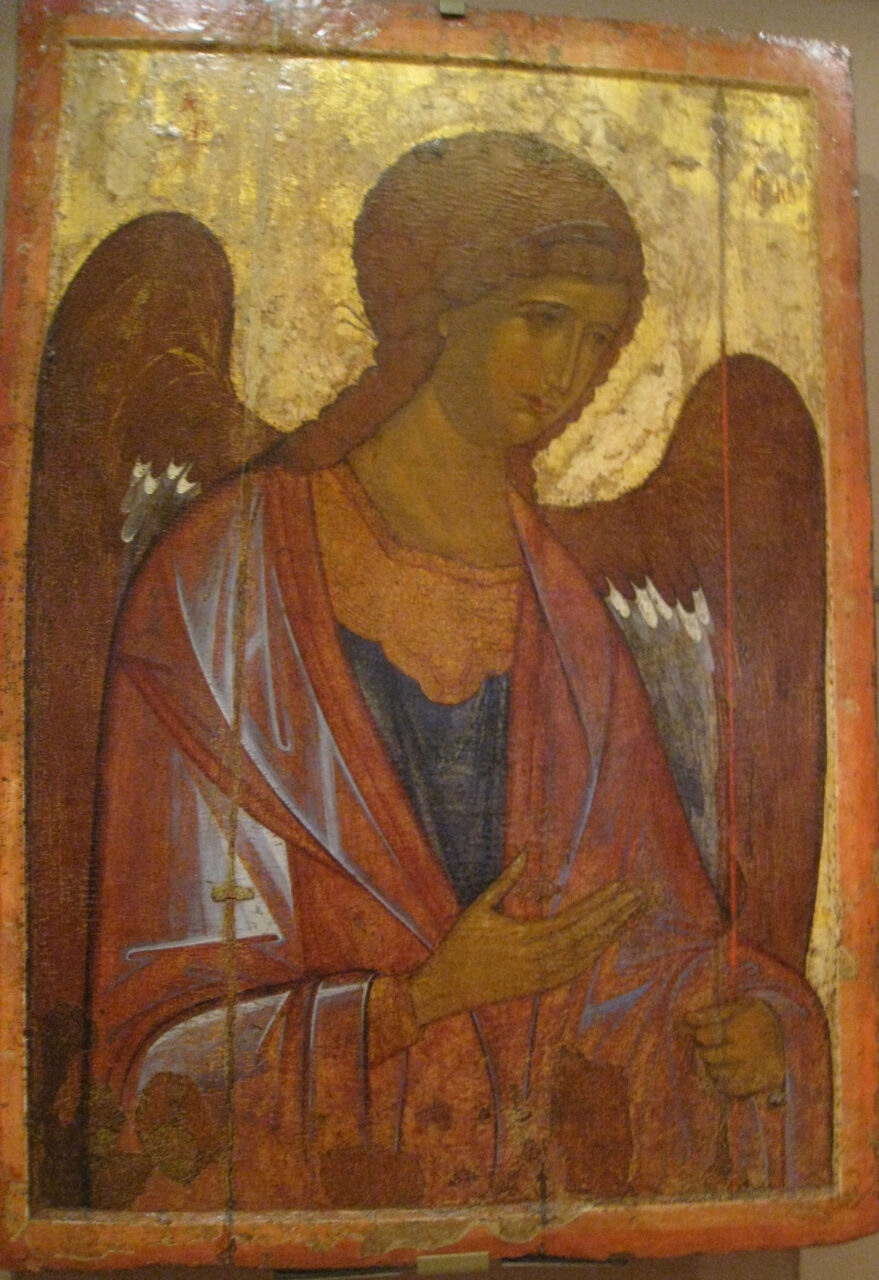 “Every monument in the Kremlin ensemble has its special role, but none is more prominent than the Cathedral of the Archangel Michael, the royal burial shrine. As the supreme archangel, Michael was revered as the leader of the heavenly hosts and was usually portrayed holding a sword. The emblem of divine power, Archangel Michael was the fitting protector of Muscovy’s rulers. 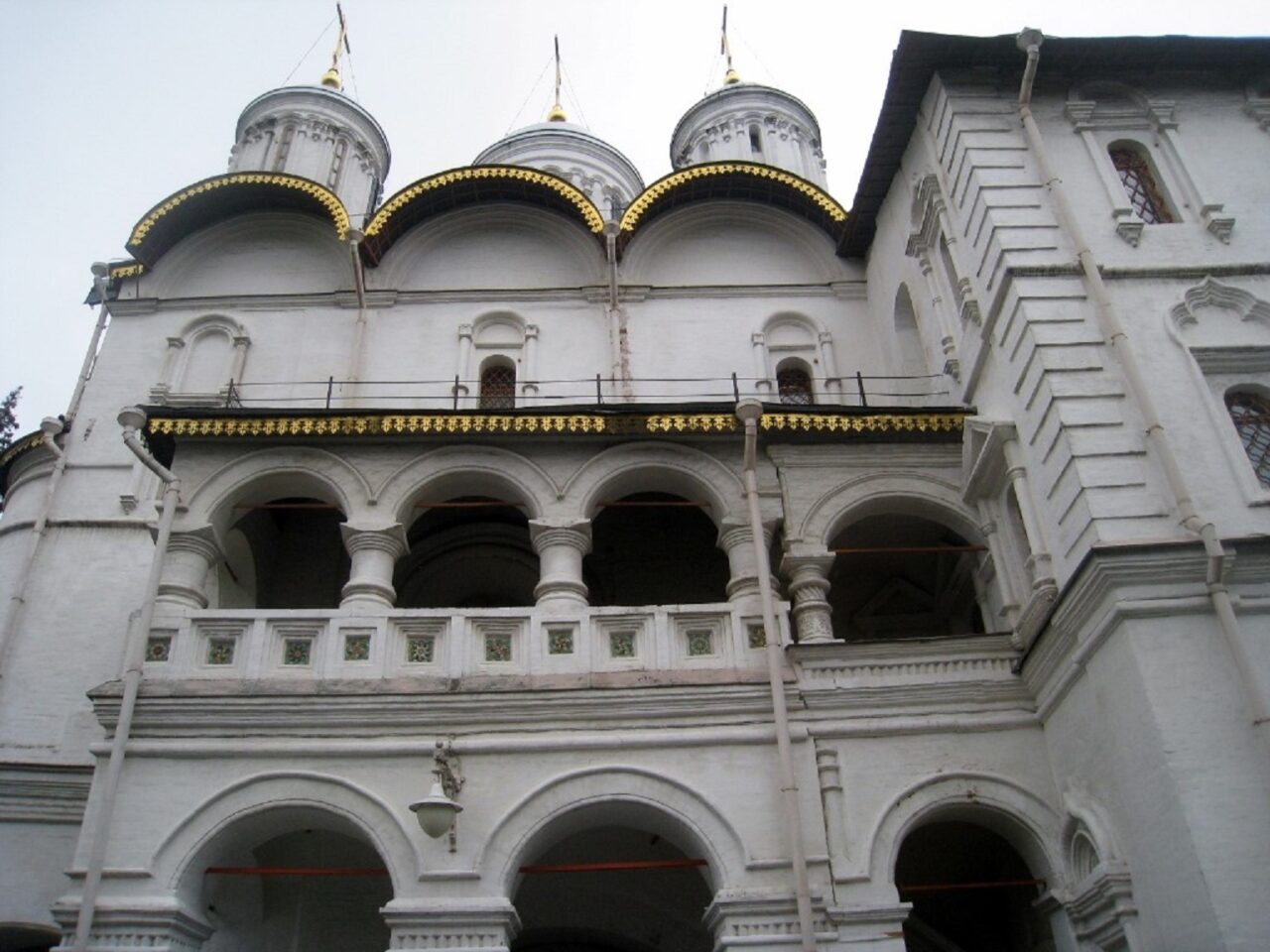 The Archangel Cathedral was built in 1505-08 at the culmination of a construction campaign launched by Ivan III (the Great) in the 1470s. The site was especially prominent, on the southern flank of Cathedral Square overlooking the Moscow River. Italian features are also evident on the four intricately carved and painted limestone portals Even this archaic plan resembles in significant ways the design of Venetian monuments such as the Cathedral of St. Mark, which are also related to Byzantine architecture.”1
The Cathedral of the Archangel Michael is a great legacy inherited from Russian civilization. Modern Russia is passing on the Cathedral of the Archangel Michael to the next generations.
References:
1.https://www.rbth.com/travel/2014/02/07/the_cathedral_of_archangel_michael_the_kremlins_royal_shrine_33975.html
Share
Facebook
Twitter
Pinterest
WhatsApp
Linkedin
Email
Viber