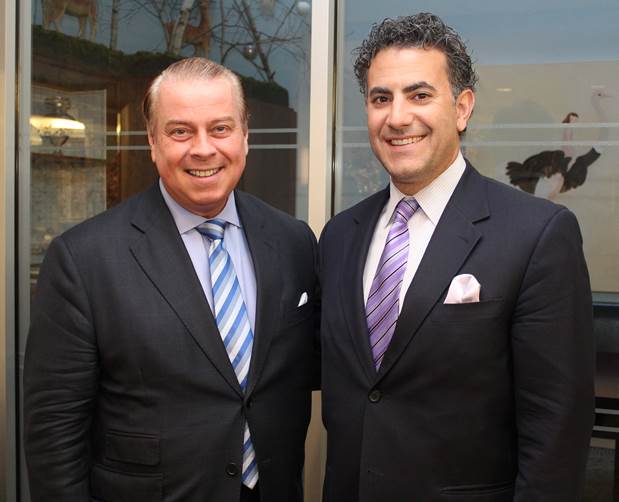 New York, May 1, 2014 – Ronald McDonald House New York today announced that Michael N. Bapis, partner and managing director of the Bapis Group at HighTower, has been named as chairman of the organization’s Greek Division. Mr. Bapis will be the Division’s second chairman following the passing of Founder Niki Sideris in 2011. Greek Archbishop Demetrios held the position as honorary chairman in the interim.

As Chairman, Mr. Bapis will begin the formation of an executive committee that will provide the Greek Division with new strategic goals in the fulfillment of its mission. In existence for more than 30 years, the Greek Division has helped to provide a support system for families from Greece and Cyprus seeking treatment for pediatric cancer while in New York City. The support of the local Greek community within the tri-state area has been an integral part of the Division’s ability to provide the financial resources, as well as awareness of the devastating effects of cancer.

“We are honored to have Mr. Bapis’ leadership at the head of our Greek Division,” said William T. Sullivan, president & CEO of Ronald McDonald House New York. “His insight as both a distinguished leader in the Greek community as well as a volunteer with our organization is what we believe will be most beneficial to the growth and development of the Greek Division. We are grateful to him for making this commitment by which he’s bringing his heart, spirit and extraordinary knowledge to the Ronald McDonald House.”

With more than 15 years of experience in wealth management and private banking, Mr. Bapis is an industry expert in wealth preservation and strategic investment management. In addition to Ronald McDonald House New York, he also devotes his time to a number of causes including serving on the Leadership 100 Board and Audit Committee, and the Archangel Michael Greek Orthodox Church’s Vision Committee. Mr. Bapis earned a B.A. in Management and an M.B.A. from the University of Utah.

For more information about the work of Ronald McDonald House New York’s Greek Division or to donate, please contact Spiridoula Katechis at 212-639-0218, or [email protected].

Ronald McDonald House New York provides temporary housing for pediatric cancer patients and their families in a strong, supportive and caring environment which encourages and nurtures the development of child-to-child and parent-to-parent support systems.  Ronald McDonald House New York is the largest facility of its type in the world. The House can accommodate 84 families, and it is filled to capacity almost every night. The House’s location in Manhattan, in close proximity to its 19 hospital partners, draws children and families from across the country and the world, as well as from the metropolitan New York City area.  Since its founding, more than 30,000 families have stayed at Ronald McDonald House New York.  For more information, visit www.rmh-newyork.org.

Previous articleOne of a Kind Glass Creations by Irene
Next articleMemorial Banner Created In Memory of Rev. Anastasios Diakovasilis