By James Krikelis, Special to the Hellenic News of America

There are many factors such as location, quality of food, and adequate financing, which determine whether or not a restaurant will be successful. Perhaps one of the most important factors is ensuring that you have the “right” management team in place. The right management team is one with the relevant industry hard skills, such as the ability to cook for large numbers of people, experience in managing employees, and being able to anticipate and meet the needs and tastes of customers, etc.

In South Jersey, in recent years, one of the most outstanding examples of this type of management is the Linardos / Tsiknakis Group {L T G }. This team is composed of three partners: Anastasios {Andy} Linardos, Efthimios {Paul} Tsiknakis, and Sotiris Tsiknakis. Each of them possesses the relevant experience, business acumen, and people skills needed to succeed in their highly competitive industry.

Andy Linardos immigrated to South Jersey from Thebes Greece in 1969. He graduated from Rider University in 1981, worked in finance at Manufacturers Hanover, then changed careers to work in the food industry. After spending years learning all aspects of the restaurant business, Andy along with his partners Paul and Sotiris founded and later sold the well-known Lamp Post Diner in Clementon New Jersey.

Sotiris Tsiknakis immigrated to the United States from the Island of Crete in 1985. He started work as a pastry chef and has spent the last 37 years learning all the aspects of operating and owning a restaurant.

Paul Tsiknakis is a native of Southern New Jersey. He is a graduate of Lasalle University in Philadelphia where he majored in Finance and Risk Management. After college, he worked for two years at Merrill Lynch before deciding that his true calling was the restaurant industry.  Paul Tsiknakis along with previous partners (Kolovos and Tsokantas families) bought, operated, and later sold the Metro Diner…this first restaurant venture was key to Paul’s knowledge of operations and the success that followed.

The  Linardos/ Tsiknakis Group currently owns and operates three Diner/ Restaurants. Besides the Monarch Diner Restaurant in Glassboro, NJ these are the Red Lion Diner and Bakery in Southampton Township Burlington County NJ, and the Marblehead Chowder  House, a seafood restaurant in Easton Pennsylvania. 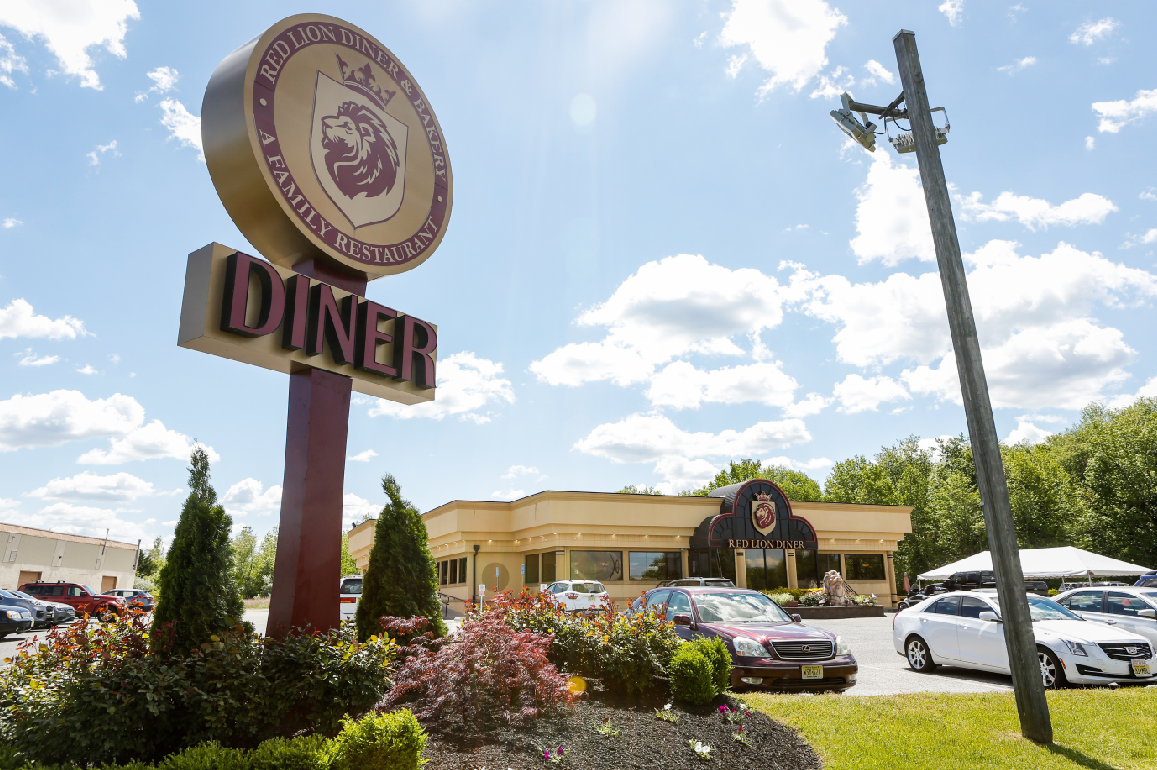 The Red Lion Diner and Bakery [275 Seats] has been in business for over 50 years. It is famous for its hearty breakfasts available throughout the day, its ‘Traditional’ diner favorites such as meatloaf and pot pies, a wide range of vegetarian/ vegan offerings, and has a fully equipped bakery on site. Edio Barrera, the pastry chef is also the manager/ partner and started out at the diner working as a dishwasher. Red Lion Diner is also run by Andy’s son Kosta Linardos. After graduating from Rider University with a BS in Business Administration, Kosta joined the group with his current responsibilities being the daily operations of Red Lion Diner.  The diner attracts patrons from surrounding communities including the nearby Joint Base Mcguire- Dix- Lakehurst. Red Lion gets consistently positive online reviews and is frequently highlighted in the media as one of the best diners in Southern New Jersey.

The  Marblehead Chowder House [220 seats] is known as ’The Premier Seafood Restaurant in the Lehigh Valley’  which serves ’Casual, Coastal, Comfort Food’.  The building has been used as a seafood restaurant [The Red Pig] since the 1930s. The Linardos/ Tsiknakis Group purchased it and the existing business several years ago and after a general ‘freshening up’ were able to recreate the atmosphere of a traditional rustic New England Seafood Restaurant. It specializes in fresh seafood prepared in both the classical manner and with a modern twist. It also has a full bar. The restaurant attracts patrons from throughout the Lehigh Valley and from nearby Central New Jersey. John Reichard is the Manager/ Partner and has been working at this location for over 25 years.

The Monarch Diner and Restaurant [320 seats] is located on the site of what was formerly PB’s Pub. The partnership acquired it in 2019 and after extensive renovations including the construction of a large, all weather patio rechristened it after their mascot the Monarch Lion, and reopened to many favorable reviews from the public and media.

The  Monarch, in common with the  Partnership’s other restaurants, demonstrates the positive effects that having a competent and committed Owner/Manager team can confer. It is clean, well maintained, and tastefully decorated. Staff and Managers are competent, enthusiastic, courteous, and welcoming. All food items are made to order and freshly prepared daily on-site. 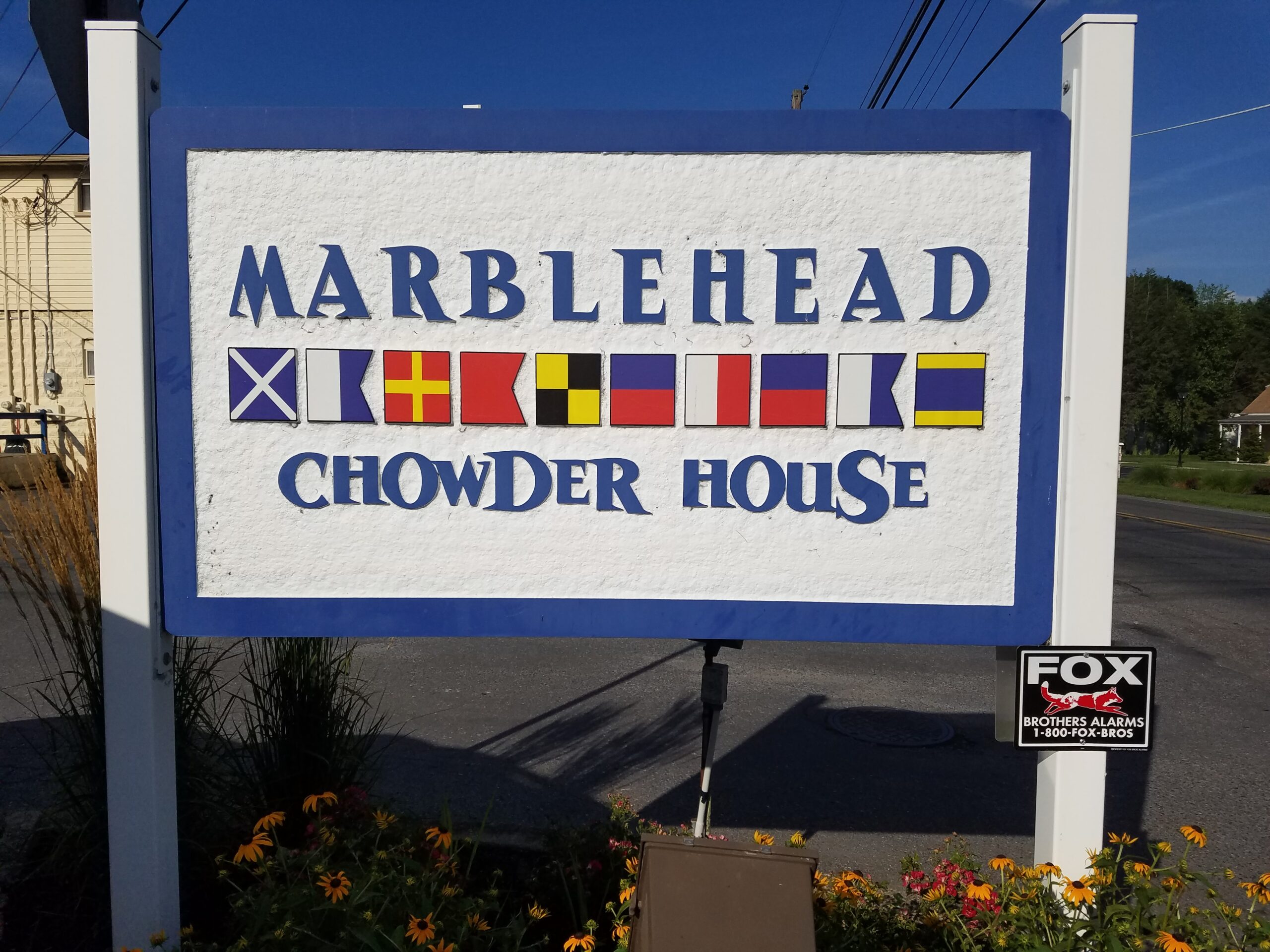 And speaking of food, the Monarch’s menu is enormous. There are over 275 items available. In at least two dozen categories ranging from Hand Crafted House Specials like Mile High Meat Loaf with Mashed Potatoes; to Bunch Specialties like Huevos Rancheros; to Seafood like Broiled Salmon; to Greek Specialties like Spanakopita; to a surprisingly extensive selection of Vegetarian /Vegan Items like Beyond Meat Balls over Pasta.. Besides being delicious, menu items reflect the Group’s belief that even ‘’Classic ‘’ diner items can benefit from innovative touches in preparation and presentation.

It should be emphasized once again that all Items on the menu are made to order, with loving care, using fresh, quality ingredients.

The Monarch Diner is conveniently located on Route 47 [Delsea Drive] in downtown Glassboro near Rowan University. There is lots of free parking available on the adjacent lot.

There is a full-service bakery, available for special orders, within the restaurant.

The restaurant also has a full liquor license and a wide range of alcoholic beverages and craft beers are available.

To sum up, the Monarch Diner and Restaurant provides patrons with a clean, relaxing, comfortable setting in which to enjoy well-prepared delicious food.  This is why it is succeeding in attracting a diverse clientele which includes such groups as families, couples, and college students.

By all indications, The Monarch Diner and Restaurant has proven to be another winner for the Linardos/Tsiknakis Group and once again demonstrates what a critical factor quality management is for success in the Restaurant Industry.