N. Dendias will visit the United States on October 14th

Attiki Odos intends to compensate each vehicle that was trapped on the highway due to the heavy snow with 2,000 euros, the company revealed...
Read more
Greece

The 5th session of the Greek-Turkish Joint Economic Committee concluded in Athens on Monday with the signing of a Protocol by Deputy Minister of...
Read more
Greece

Minister of State Giorgos Gerapetritis in an interview with "Ta Nea" newspaper referred to the five major changes made amidst the health crisis. The first...
Read more 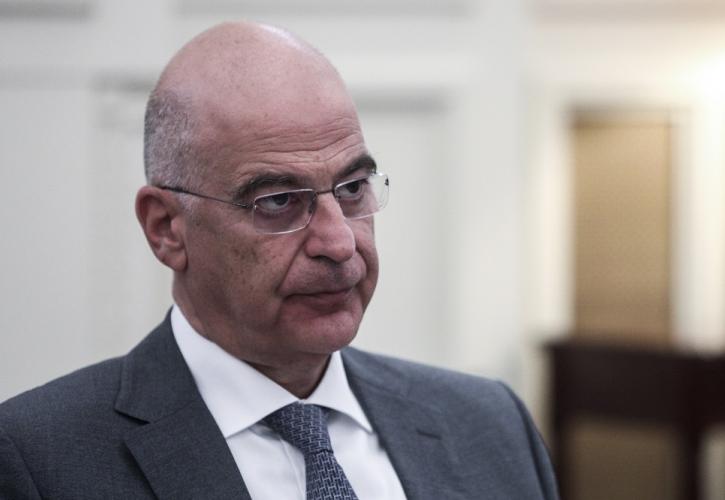 The Greek Secretary of State Nikos Dendias is expected to travel to the United States on October 14th to sign the renewed Mutual Defense Cooperation Agreement, said State Department spokesman Alexandros Papaioannou during a briefing for diplomats.

He will also participate in the Greece-US strategic dialogue, which will take place for the first time with a physical presence after October 2019, which took place in Athens. He is also expected to meet with his American counterpart, Anthony Blinken.

Regarding the agreement, Mr. Papaioannou pointed out that “a request has been submitted by the American side to be for five years, something that is certainly viewed positively by us, in the context of excellent bilateral relations, but also with the prospect of stability. ».

He also noted that negotiations are continuing between the competent Ministries of Foreign Affairs and Defense of the two countries.

“It is about strengthening strategic and partnership relations with our traditional allies and partners, both within the EU and, of course, with the United States,” he said.

He also referred to the recent visit of the Chairman of the US Senate Foreign Relations Committee, Robert Menendez, as well as Senators Murphy and Osoff, which focused on the strengthening of the bilateral strategic relationship, as well as the developments, especially in the Eastern Mediterranean and the Middle East. East, “an area where significant changes-rearrangements are taking place with the implementation of the Abrahamic agreements, but also the threatening spread of extremism”.

He also pointed out that “Greece remains firmly committed to strengthening the European Union in all areas, and in this context actively participates in European events.”

During the informal meeting of EU Foreign Ministers (Gymnich) in Slovenia, 10 days ago, the Minister participated in the discussions on Afghanistan, which almost monopolized the interest of the ministers, said Mr. Papaioannou and added that the emphasis was on humanitarian dimension, in the immigration-refugee dimension, as well as in the possibility of contacts with the new regime.

He also reminded that in the context of strengthening bilateral ties with EU member states, Mr. Dendias visited Romania, which is a traditional friend and ally of Greece.

The main topic of discussion was the accession perspective of the Western Balkans, as well as the strengthening of the EU’s relations with the countries of the Eastern Neighborhood.