GreeceCultureFeaturedFood and TravelRegions of Greece 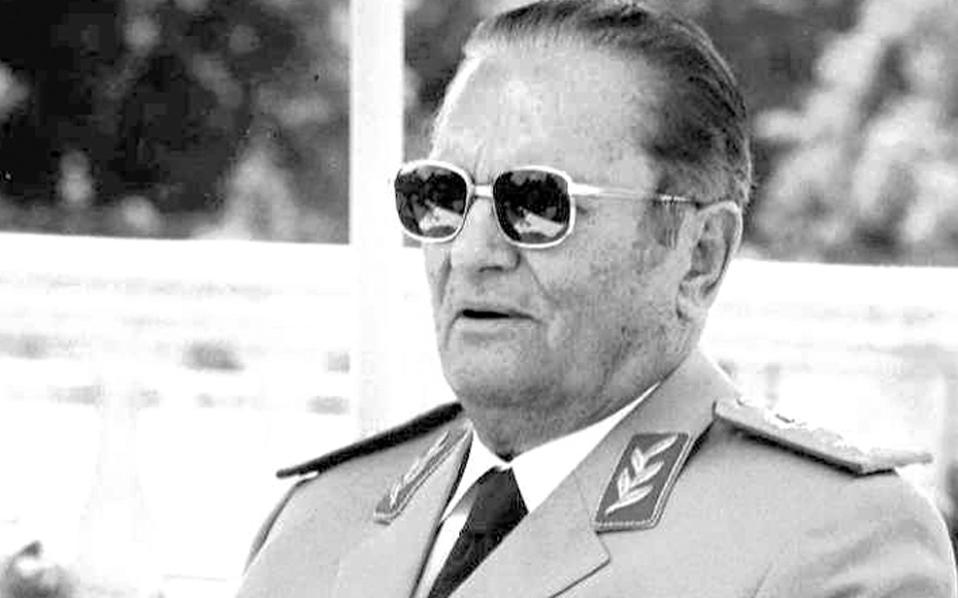 Although my grandfather, Josip Broz Tito, “gave” the name “Macedonia” to one of the six constituent republics of Yugoslavia, it is obvious that this act did not aim to create irredentist claims with its neighbors, with which Yugoslavia developed friendly relations and fruitful cooperation.

For many years Skopje’s authorities had been presenting maps of “Greater Macedonia,” extending “the geographical and ethnic border of Macedonia” into Bulgaria, Albania, Serbia and Greece. Is that the model of regional cooperation that our friends in Skopje preach to follow?

The European Union, the United Nations and the international community have invested considerable political and economic capital and deployed great efforts in terms of peacemaking and peacekeeping operations in the former Yugoslavia and in humanitarian assistance to the Balkans. This was not in vain. It is obvious that the international community seeks a climate of stability, cooperation and consent in a region where the future is connected with development.

As it is well known, pursuant to the United Nations Security Council Resolution 817/1993, the country was admitted to membership in the United Nations, being provisionally referred to as “The former Yugoslav Republic of Macedonia,” pending settlement of the difference over its name.

Furthermore, the Security Council, in Resolution 845/1993, urged “the parties [Greece and the former Yugoslav Republic of Macedonia] to continue their efforts under the auspices of the Secretary-General to arrive at a speedy settlement of the remaining issues.” The negotiations on this settlement are still in progress, with the facilitation of the Secretary-General’s Personal Envoy Matthew Nimetz.

Accepting admission to the United Nations under the provisional international name “Τhe former Yugoslav Republic of Macedonia,” and at the same time accepting the procedure of the UN “to continue the efforts under the auspices of the Secretary-General to arrive at a speedy settlement” of the difference on the name issue and, nevertheless, continuing using the “constitutional” name “Macedonia” – which has not been accepted in the United Nations! – constitutes not only deception, and an insult to the United Nations, but also proof they consider themselves “clever” and all the others “idiots.”

I would like just to put forward a simple question: If you present somebody with a map which violates their territorial integrity, what would you expect them to do? Accept your proposals? Would it be possible?

Since the maps of “Greater Macedonia” and the related irredentist policy are based on and emanate from the name issue, that is “Macedonia,” it is obvious that this term cannot work.

In an interview two years ago, I underscored that “Tito’s policy for me is clear: He never ever would have entertained the idea of insisting on the name ‘Macedonia.’ I cannot understand why the politicians of Skopje were so stubborn within the United Nations or elsewhere, instead of finding a logical distinction from this part of Greece and their new state. Their policy was not wise because they made no effort to find a solution with Greece. No, my grandfather would never have insisted on that.”

Regardless of any consideration as to the historic roots or the historic arguments, in this case, we realize that we stand before negotiations since 1993 in the framework of the United Nations. With all respect and cordial friendship to our friends in Skopje, when we are in a negotiations framework, we cannot say, “We are sticking to the name Macedonia and we won’t discuss anything else.” Defining what we cannot accept in a negotiation gives an indication of our general objective. It excludes a certain area of discussion, but it leaves the remaining area free. Nevertheless, solely defining what we want, sticking to that, and not moving a millimeter to the right nor a millimeter to the left, this behavior is not the beginning of the negotiations, but their end.

It would be absurd, therefore, on Skopje’s part, to insist on using the term “Macedonia” on an exclusive basis. I would therefore like the leadership in Skopje to do their best to find a solution.

In ancient times, the inhabitants of the region of Macedonia worshipped the same gods as Greeks, spoke the Greek language, and participated in the Olympic Games, a privilege reserved only for Greeks. All the philosophers and writers from the Macedonia region, including Aristotle, wrote in Greek. Alexander the Great, Alexander Makedonski, or whatever we want to call him, spread not the “Macedonian” language but the Greek language and civilization.

If someone has a different view of history, this is an academic question, not a political one. Leave it to the academics.

In past decades, but recently too, we repeatedly heard about “Greater Macedonia,” “Greater Serbia,” “Greater Croatia,” “Greater Albania” and other nationalistic cries. Really, that’s too many “Great” states in such a small area!

My dream is to see all the constituent republics of the former Yugoslavia progressing and developing, which would be undeniably corroborated by joining the European Union and NATO. I think, Matthew Nimetz was absolutely right when he stated, “It is high time a solution on the name issue was found.”

* Svetlana Broz, Josip Broz Tito’s granddaughter, born in Belgrade, is author of the book “Good People in an Evil Time.” She is the founder and director since 2001 of the NGO GARIWO (Gardens of the Righteous Worldwide), which awards civil courage.