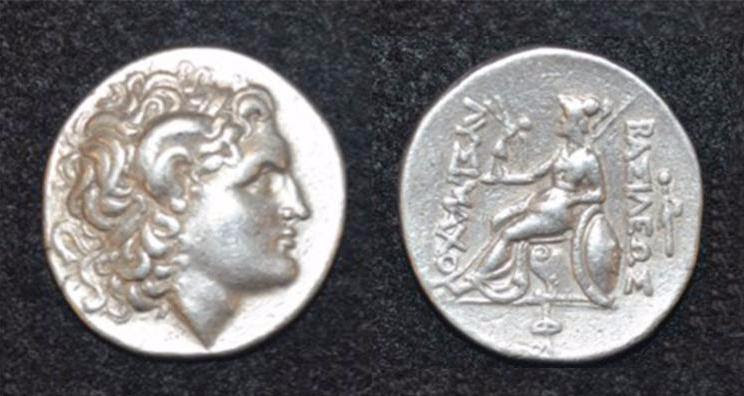 This ancient coin was minted between 297-282 BC under the rule of Lysimachus in Parium, located in modern-day Turkey. Parium is the location where Alexander the Great crossed into Anatolia from Greece as he expanded his empire. Alexander the Great is pictured on the obverse (front) of the coin, with the horns of Zeus Ammon and a crown on his head. The goddess Athena is pictured upon a throne wearing a Corinthian helmet and holding the goddess Nike with a wreath on her extended right hand on the reverse (back) side.

Visit the NHM on Sunday, October 1, 2017 from 2-4 PM to enjoy “Greek Women as Depicted on Ancient Greek Coins,” presented by George Dervis, to learn about the real and mythological women who appear on ancient coins and why they are depicted. The George Dervis Coin Collection is on loan to the NHM. Courtesy of George Dervis.