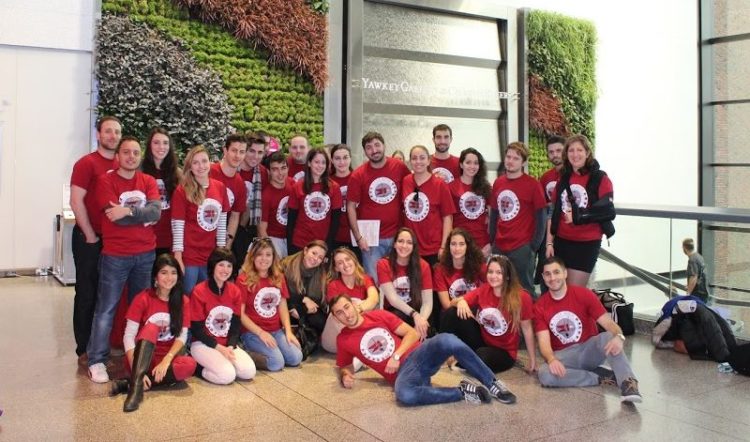 Boston, MA – The National Hellenic Student Association (NHSA) of North America, Inc. a 501(c)(3) non-profit organization, hosted their bi-annual convention in Boston, MA, November 4th-6th, 2016. NHSA succeeded in uniting over 150 students and young professionals from across the U.S., Canada, and Greece, with a shared interest to preserve the beloved Hellenic identity and culture which has survived through generations of tradition. Attendees traveled from near and far to learn, network, and bond.

The weekend kicked off on Friday, Nov 4th, at the Hilton Back Bay where attendees arrived throughout the day to check-in. Participants had the opportunity to meet and network with each other during the welcome event at Boston University. Day 1 was concluded by an entertaining Greek Night co-hosted with Party Alliws at Serafina restaurant/bar featuring DJ Petros Dev from Athens. The conference transitioned to a discussion about the trials and tribulations of leadership with Mr. George Logothetis, Chairman and CEO of Libra Group, led by Mr. Konstantine Ouranitsas, NHSA Chairman. Speaking from personal experience, Mr. Logothetis had the room enthralled with his empowering words on leadership and humanitarianism. Mr. Logothetis inspired students to turn their hopes and goals into action and captivated the audience with his authority and insight. 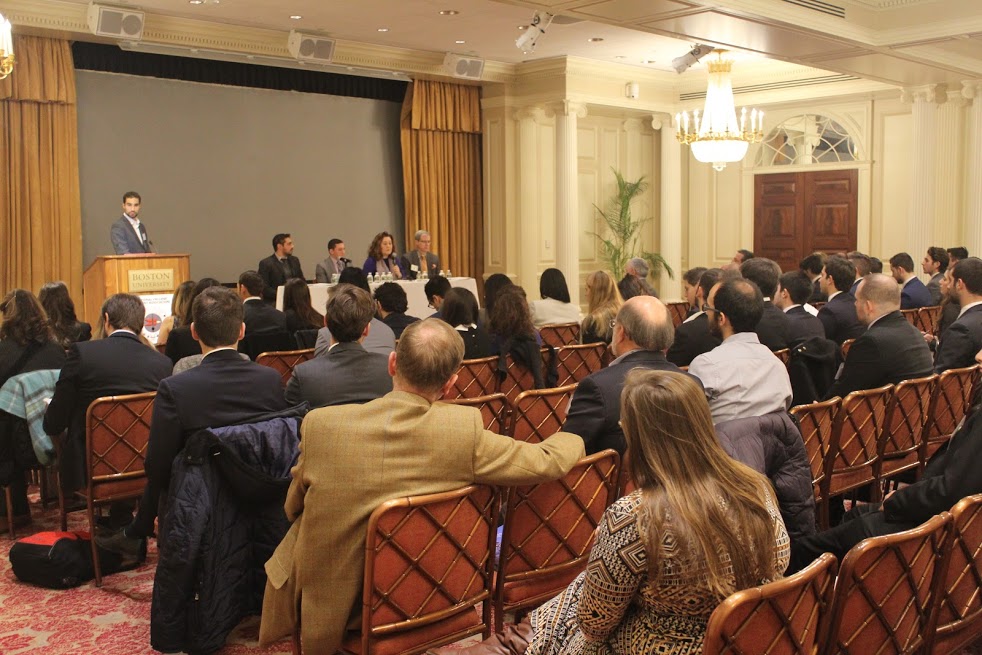 The final speaker of the day, Dr. George Velmahos, MD, PhD, Chief of Trauma, Massachusetts General Hospital, gave an in-depth presentation of his account of the Boston Marathon Bombing aftermath, focusing on the importance of preparation, collaboration, and leadership.

During lunch, donated by Saloniki Greek restaurant, students participated in casual networking sessions and engaged with representatives from the Libra Group, Boston University Greek Studies, and the American College of Thessaloniki, who provided information on extracurricular initiatives in which students can engage.

Attendees had the rest of the evening to explore Boston’s historic sites. Saturday concluded with a Greek Night at 49 Social, co-hosted with Party Alliws, featuring an encore performance by DJ Petros Dev.

On Sunday, NHSA took attendees to the Museum of Science where participants explored the exhibits and shared lunch, concluding the weekend and exchanging contact information to keep in touch.

“The convention was an astounding success and drew the largest number of student and young professional participants to date. Attendees had very positive feedback, emphasizing how proud to be Greek, the weekend left them. We look forward to continuing to create these professional, educational, and social platforms, and expanding our reach to provide greater opportunities for the Hellenic community,” she said.

Dr. George Velmahos also reflected on his experience and the takeaway of the student participants.

“It is always refreshing to see young people who are concerned about their fellow human beings and do not hesitate to commit time and energy in making things better. The conference, which was impeccably organized, spread hope to those who need it and pride to those who attended it,” he said.

After a successful weekend, the NHSA Executive Board would like to thank our participants for joining us in a socially energized, educationally enriching, and network expanding convention. NHSA would also like to thank our sponsors including the Libra Group, KPS Capital Partners, Alpha Omega Council, and Plastic Molding Manufacturing for supporting our organization and mission to unite the Greek and Cypriot diaspora. Furthermore, the Executive Board’s gratitude goes to our supporters including His Eminence Archbishop Demetrios of America and His Eminence Metropolitan Methodios of Boston as well as the Greek and Cypriot Embassies and Consulates of the US and Canada. With the generous support of the Hellenic community, NHSA is able to provide opportunities to students and young professionals to grow into the future leaders of our community.

Previous articleDISMISSIVE, ELUSIVE and not CONVINCING
Next articleTrump’s surprise