Off the Beaten Track: The Trojan Treasures in Moscow’s Pushkin Museum By Catherine Tsounis 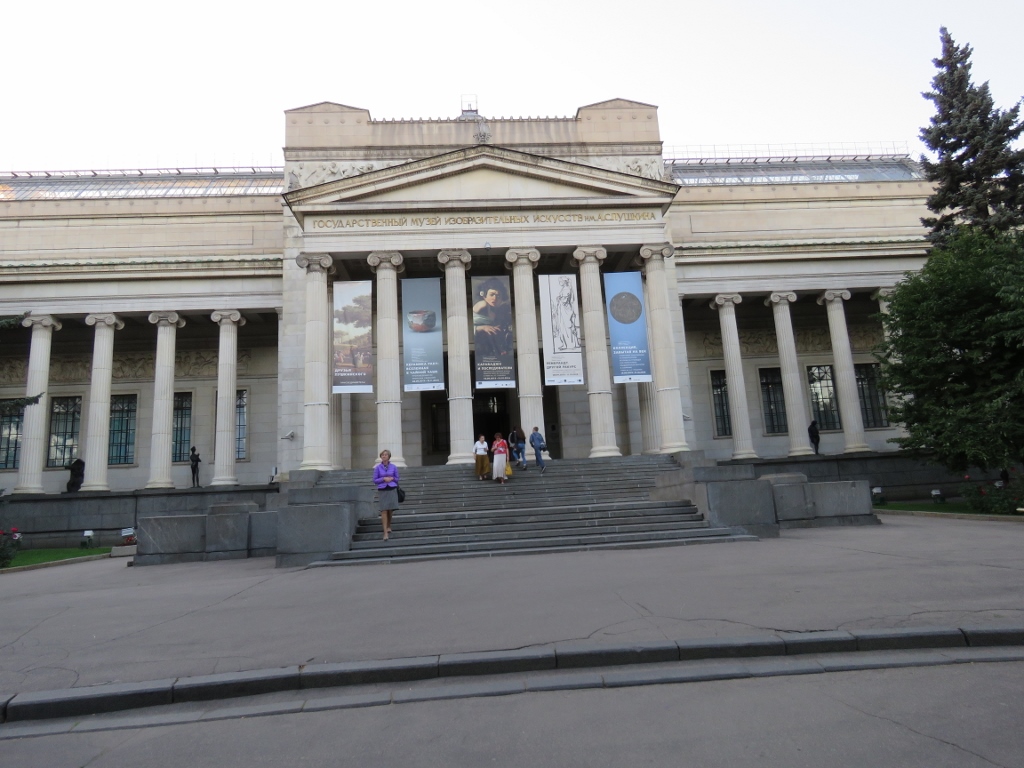 Where are the “Treasures of Troy”?  They are not in ancient Troy, modern Tevfikiye, in the Çanakkale Province of Turkey. Nor are they in the Pergamon Museum of Berlin, Germany, where Heinrich Schliemann deposited his extraordinary discovery. King Priam’s gold treasure hoard is on display at the Pushkin State Museum of Fine Arts in Moscow, Russia.

We took a hotel taxi, in late September 2015 to see “King Priam’s treasures”.  An administrator directed us to the Fayum mummy portraits. “We are here to see Troy’s treasures,” we said. The Trojan gold headdresses were spectacular.

“The collection, consisting of 259 items and often referred to as “Trojan Gold” or “Priam’s Treasure”, has been held in the Pushkin State Museum of Fine Arts since 1945. It comprises objects from hoards discovered by Heinrich Schliemann during his excavations in Troy in 1872-1890. They include various pieces of jewelry, vessels, anthropomorphic figures, hammer-axes and artifacts fashioned from rock crystal. Objects from 13 of the 17 hoards held in Berlin after 1881 ended up in Moscow. Those which in 1939 were designated by German experts as belonging to the “irreplaceable” category were mainly objects made of precious metals and stones. Other items from the same hoards fashioned for the most part from bronze and clay are held in the State Hermitage Museum.”1

Michael Kimmelman of the New York Times explained “The objects, exhibited in 19 glass cases, are striking. They are not only gold. There is also a pencil-thin cylinder of carnelian, brilliant orange-red, from Georgia, and amber from the Baltic. Bronze Age Troy was a trading post at a critical geographic crossroads. This is why the city was such a contested site. Probably many Trojan wars were fought over the centuries; whether the “Iliad” mythologizes one in particular or creatively amalgamates several is an open question.

But you don’t have to know Homer to appreciate what’s on view, including milky rock crystal lenses, like translucent coins, and a bronze figurine that resembles a thumb-size bear cub. There are goblets shaped like pomegranates made of paper-thin sheets of hammered gold, and fluted silver vessels, the size of star fruit. And there are dozens of spiral gold rings and slender gold bracelets etched with minute spiral designs.

The most famous work, besides the axes and diadems, is the so-called Trojan sauce boat, whose function is still uncertain. It is, in any case, an amazing piece of gold extravagance adorned on either side with thick ring-shaped handles. The four ritual axes are large, blue and green rolls of slavishly polished stone, chiseled to sharp points, their midsections decorated with intricate dotted patterns.”2

The hallway with massive Greek columns leads to the Greek, Hellenistic and Roman art gallery. Oversized statue replicas of Roman and Greek statues ignite one’s imagination. Original Greek and Roman mosaics, vases, Byzantine iconography and pulpits are displayed. The statues are oversize and copies. They are impressive. The gallery of statues gave us an idea of their original beauty. We went on a Saturday night when few persons were there. He next day on Sunday, our group passed by the Pushkin Museum. We saw long lines of persons. Our timing was right on Saturday night.

The Greek gold of the Black sea coast in the Hermitage, St. Petersburg and the Pushkin Museum in Moscow confirms Greek mythology that shows a wealthy civilization with strong Greek contacts.3  Modern Archaeology has proven that Schliemann’s Troy treasure is of a different time period. Heinrich Schliemann was focused, dedicated and proved Homer’s Iliad was based on truth. He changed archaeology and our approach to classical literature forever. We are grateful to have had the experience of seeing Troy’s treasures at the Moscow Pushkin Museum.

Photo 8 – The hallway with massive Greek columns leads to the Greek, Hellenistic and Roman art gallery. 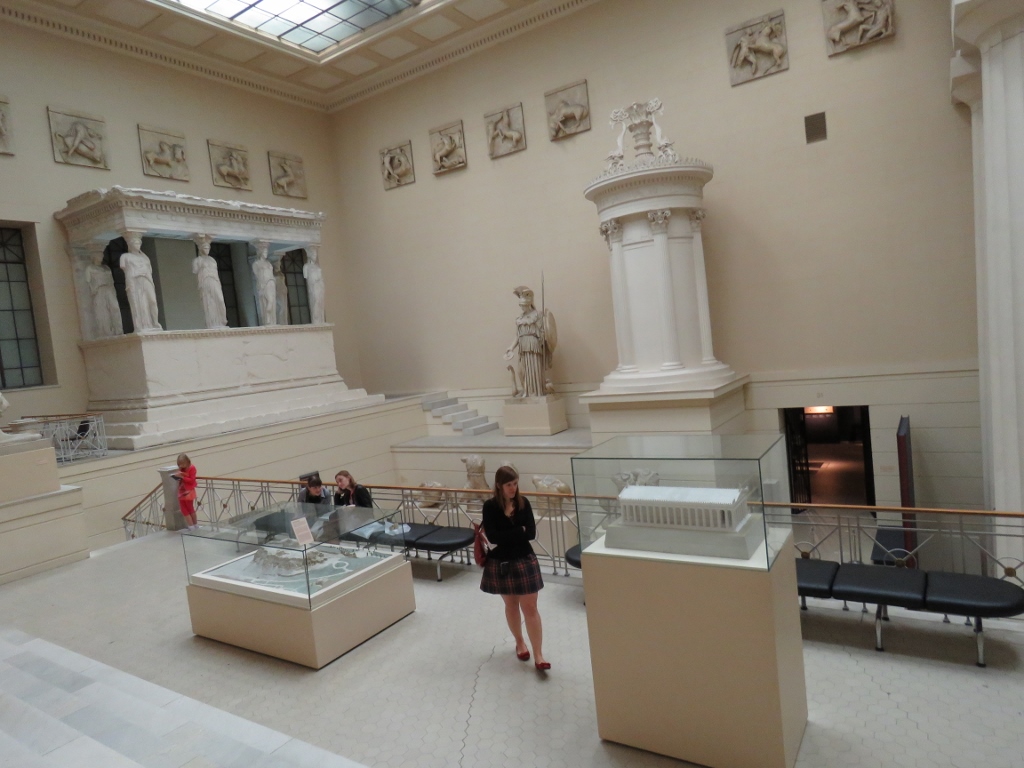 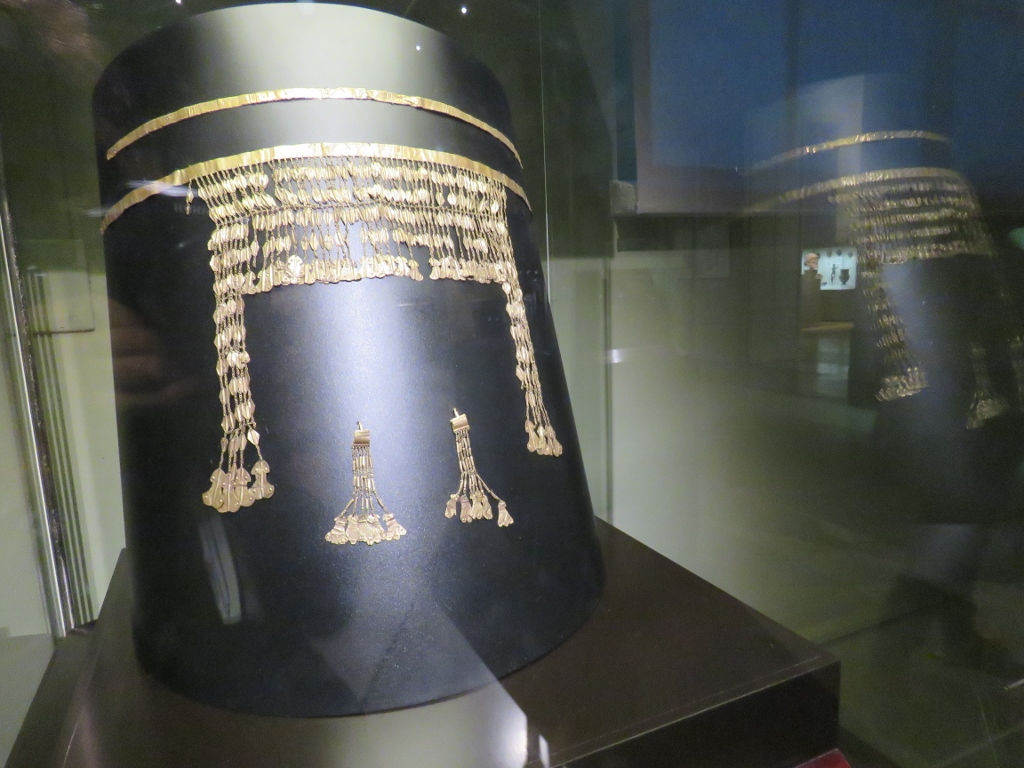 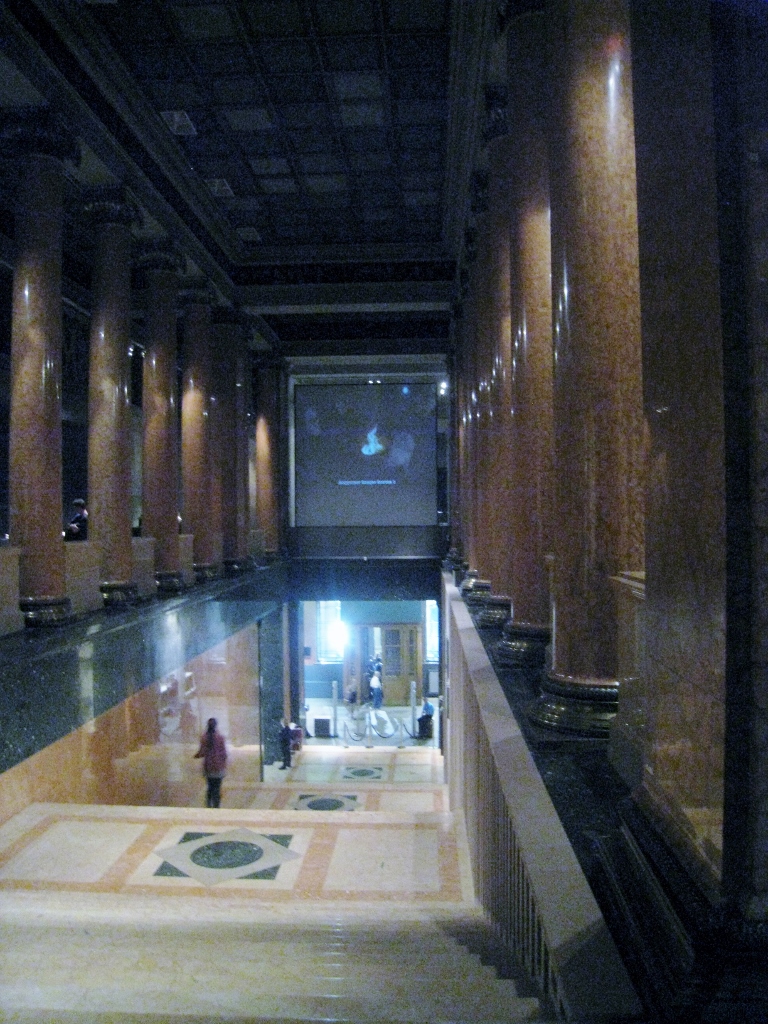