Is Plato relevant to America? By Evangelos Vallianatos 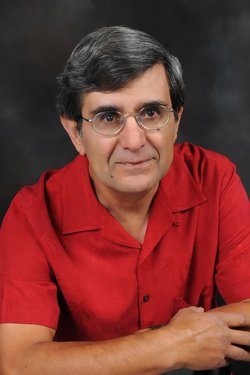 Plato grew up in an Athens at war. A few years after Athens completed the Parthenon, it started its fight against Sparta. The deadly and destructive Peloponnesian War consumed almost the last twenty-five years of the fifth century, the century we know as the golden age of Greece.

When that war was over in 404 BCE, Athens was defeated and humiliated. The victorious Spartans smashed Athens’ walls and installed a group of tyrants to govern Athens on their behalf. Two of the tyrants were Plato’s relatives. However, Plato had nothing to do with them.

Tyranny did not last for long in Athens. Athenians returned back to their democracy. But this was bitter times for Athens. And in that climate of recrimination, Athenians put Socrates to death because, his accusers said, Socrates was corrupting the young and did not respect the gods.

Plato watched these events with disappointment and anger. He witnessed the Greeks slaughter each other for several years, and, in 399 BCE, the citizens of Athens condemning his teacher, Socrates, to death.

It’s this story of war and divisiveness that partly explains Plato. He idealized Socrates because the old stonemason was a virtuous man of great courage. He burned with the desire of seeing Athenians living examined lives. He kept asking Athenians questions on how to be virtuous.

But instead of praising Socrates, Athenians executed him. This reversal of values in a democratic Athens demanded an explanation, and Plato devoted his life to that goal.

Was democracy better than aristocracy, oligarchy, tyranny or plutocracy? Was there an ideal form of government? After all, could citizens, as the Athenians believed, be entrusted to govern?

Plato was not so sure citizens were qualified in governing a just state of free and equal citizens. He predicted democracy almost always degenerates into tyranny. So he proposed his own version of government where the rulers are philosophers.

Is Plato’s assessment relevant to the United States, especially now, in 2016, when the looming elections are bringing to light so many fissures in our politics?

Like late fifth-century Athens defeated in war and full of despair, America in 2016 is an aging empire in perpetual war. Yet, America has been losing war after war for several decades. This military weakness strikes at the heart of a military-industrial complex of gigantic proportions and wasteful spending of trillions of dollars.

The combination of an extremely expensive but ineffective military power and a gaping hole in America’s social fabric explains the often meaningless and insulting rhetoric among presidential candidates, especially of the Republican variety.

But the Republican candidates, Ted Cruz, Donald Trump, and John Kasich, appear un-American. Their priorities include doing more violence abroad, and probably at home, with a fat military. They also plan to eliminate environmental protection and let businesses return to their destructive practices of oppressing workers and poisoning the natural world.

The Republican front-runner, Trump, is borrowing from the violent politics of early twentieth-century Europe. Trump is showing tyrannical tendencies. He urges his followers to be violent towards opponents. He is contemptible of minorities. He also demonizes foreigners for America’s ills like unemployment and poverty. He says he will bring jobs back from China and make America great again, but fails to explain how.

Trump’s behavior is symptomatic of disappearing democratic norms in America. How can democracy survive in politics drenched with corporate money purchasing politicians to do their bidding? And with the exception of Bernie Sanders, the remaining presidential candidates are competing millionaires. In fact, Trump is a billionaire.

Sanders keeps repeating that 0.1 of one percent of Americans own as much as 90 percent of the population.

This extreme inequality gave rise to Trump. This billionaire politician poses a threat to America. Presidents have so much power that it would be dangerous to mix that power with the hubris overflowing from Trump.

Even Bernie’s political revolution fails to undo the harm of concentrated power in the presidency and the 0.1 percent of America’s oligarchs. This also happens to be a country with thousands of nuclear bombs. The president is in charge of this potential holocaust.

None of the presidential candidates, least of all Trump, is good enough to preside over America. But, at least, with Bernie Sanders, you know he is solid citizen who, like Socrates, is dreaming of a livable and better country and world.

America desperately needs to return to democracy by closing the gap between the few rich and the many poor; stop the vicious circle of permanent war; reach international agreement for the elimination of nuclear weapons; and, like Athens, bring virtue into political life.