Protection For European Citizens Outside Europe 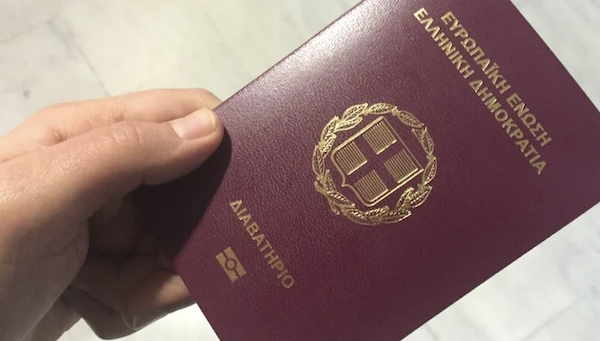 If you hold a Greek passport, you are considered a European citizen, meaning a citizen of a member state of the European Union (EU). Holding a Greek / European passport entitles you to travel and move from one EU country to another without a visa or other requirements, to establish yourself in any EU member state, to work and enjoy the basic benefits of life on that other member state, and to avoid any discrimination against you because you are not a national of that member state. So, if you hold a Greek passport, you can travel, move, study, establish yourself, set up a business, and provide services in any European country member of the EU, much like USA citizens move from one state to the other within the USA.

Moreover, owning an EU passport can be beneficial in a foreign country, which is outside the European Union (a third country). Every EU citizen is entitled to consular protection for EU citizens abroad. Millions of European Union (EU) citizens travel or live outside the EU in places where their own country does not have an embassy or consulate. During their stay, they might need assistance from consular authorities, for instance, if their passport is lost or stolen, if they are victims of an accident or if they find themselves in the middle of a political crisis that requires that they are evacuated. Thus, EU citizens in distress in a non-EU country have the right to enjoy the protection of the other EU countries’ embassies or consulates, if their own country is not represented.

For example, if you hold a Greek (thus EU) passport and you encounter a crisis in a non – EU country, in case there is not a Greek Embassy or representation in that country, you are entitled to protection from the Embassy/Consulate of another EU country, like the Consulate of Germany, France, Spain, Italy, etc. in that country.

Other EU countries must provide unrepresented EU citizens with whatever assistance they would provide to their own nationals, such as assistance in cases of death, or serious accident or illness, in case of arrest or detention, if they are victims of a crime, and provide relief and repatriation in case of an emergency. This has actually been implemented in reality. An example one can remember is when Greek military and commercial ships successfully evacuated in the summer of 2014 not only Greek but also other EU nationals from Libya during the chaos of civil war in that country.

The citizen can be redirected from one embassy to another, as EU countries present in the country can agree locally on who should take care of whom in order to ensure efficient protection for EU citizens. European Union Citizens can get information on assistance available by contacting the EU Delegation in the country in question.

European law guarantees that unrepresented citizens are duly taken into account and fully assisted in crisis situations. In such cases, a clear division of responsibilities and coordination is essential to avoid that EU citizens are neglected. If the assistance provided implies costs or fees, unrepresented EU citizens should not have to pay more than the citizens of the EU country which assists them. Citizens who are not able to pay these costs on the spot will be asked to sign a form by which they undertake to repay those costs to their own authorities.

the Supreme Court of Greece, LL.M.