GreeceReadout of the Vice President's Meeting with Prime Minister Alexis Tsipras of...
FeaturedGreecePolitics

Over 10,000 incidents of violence against women reported this year to the Greek Police 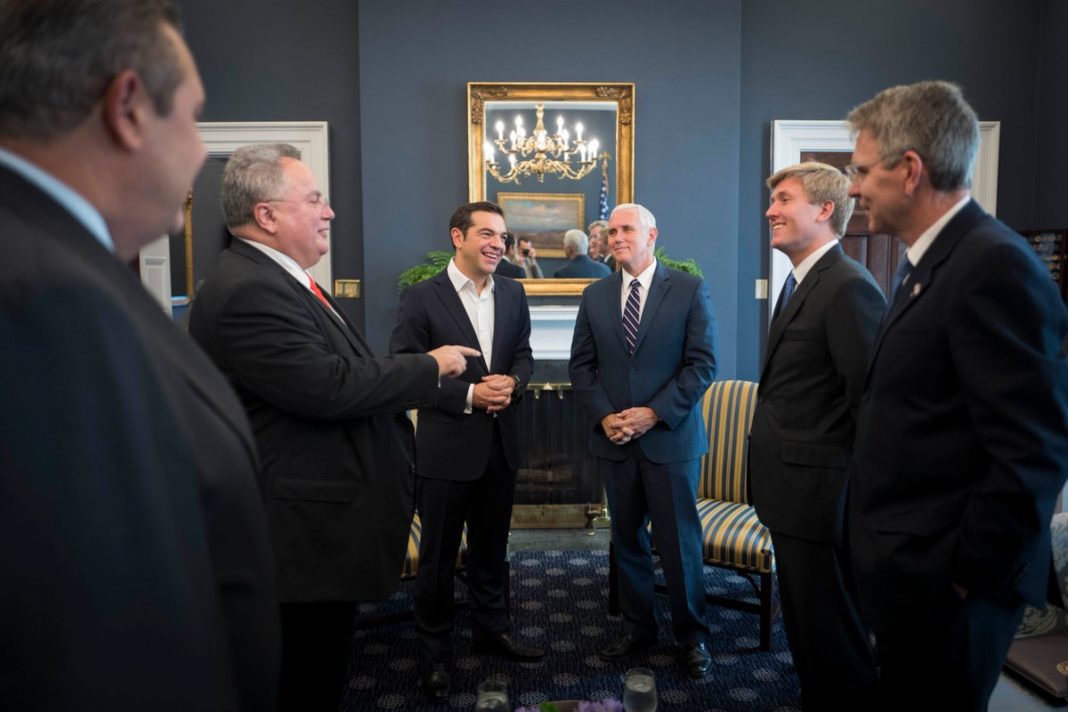 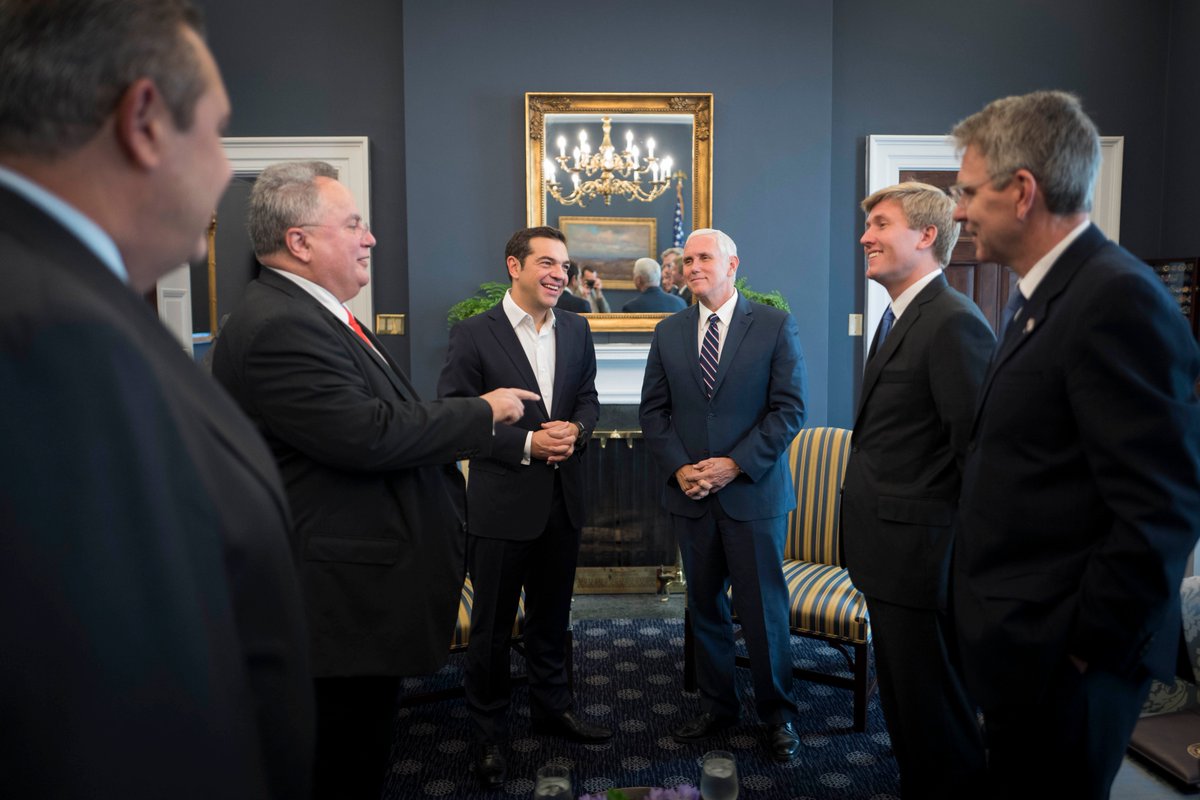 Office of the Vice President

Vice President Mike Pence hosted Prime Minister of Greece Alexis Tsipras for a meeting at the White House today. The leaders highlighted the strong and enduring ties between the United States and Greece. The Vice President congratulated Prime Minister Tsipras on Greece’s return to economic growth and financial markets, encouraged further reforms to spur investment, and reiterated U.S. support for credible debt relief. The leaders expressed their desire to deepen cooperation in the economic and security spheres, including the visit of a high-level delegation to the 2018 Thessaloniki International Fair, where the United States will be the honored country. The Vice President expressed appreciation for Greece’s role as a pillar of stability in the region, and the leaders reaffirmed their support for the Euro-Atlantic integration of Turkey and the countries of the Western Balkans. The Vice President underscored continued U.S. support for a comprehensive settlement to reunify Cyprus as a bi-zonal, bi-communal federation and welcomed Greece’s increasing cooperation with Israel, Cyprus, and Egypt in the eastern Mediterranean.