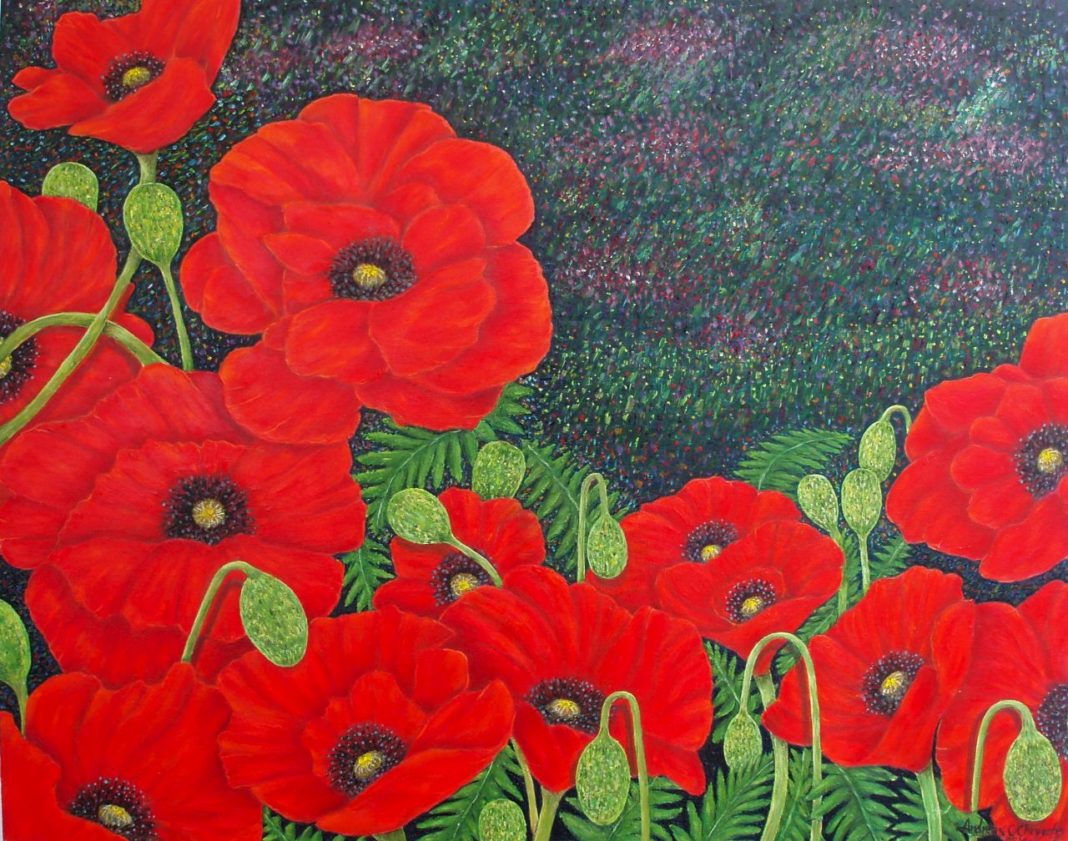 Shamefully, I remembered that I have forgotten to remember “the 11th hour of the 11th day of the 11th month”; the Day of Remembrance or Red Poppy Day! A very important day of remembering the dead war heroes of two World Wars where millions have lost their lives to protect the freedom we now enjoy. They bravely fought evil and many were buried in forgotten graves in foreign lands.

The somber parades across the civilized world were magnificent with the symbolic Red Poppies seen everywhere worn by politicians, TV presenters, dignitaries, ministers, teachers and plain ordinary citizens who refused to forget their dead, because they know that without their ancestors’ sacrifices they would not be here today to remember.

Here in Cyprus many Greek and Turkish Cypriots willingly joined the allies (my 15year-old-father also included) and were send in distant lands such as Dunkirk, Palestine, Bulgaria, France, Egypt, Libya and other places. Some left their bodies behind as a token of their determination for freedom; for they believed doing the “right thing” was precious! To all those neglected dead Greek and Turkish Cypriot heroes I offer my full respect; they certainly do not deserve to be forgotten!

The Day of Remembrance in Cyprus drifted just like any other day with the government attempting to convince the nation how good EU-Troika’s plans are on the likelihood of making some Cypriots homeless and the economy is getting better. We certainly did not see Red Poppies worn by politicians, government officials and those other pillars of society that are meant to stand up for principles and serve as an example to future generations. Remembering those dead Cypriot soldiers was shamefully and utterly ignored by a nation that had experienced war brutalities.

What has happened to Cypriot society? A society that once stood for something but now on the verge of losing its way.! Years ago Cyprus bred such persons of high caliber and principled citizens full of pride but today; it’s a different story!

Instead – most embarrassingly – the nation has developed a reputation as the only country in the world where citizens did not object to their government’s misguided wisdom of robbing their bank accounts without even asking; a country where people remained silent and did not protest or retaliated to defend their rights; a country that has succumbed to subjugation under foreign banking institutions in exchange for a simple loan to bail-out greedy and corrupt bankers.

As things stand, that spirit of defiance is dead and gone. It died the day people lost their voice to speak out and protest against injustice and forgot to remember those sacrifices of the past. Something has gone badly wrong somewhere!