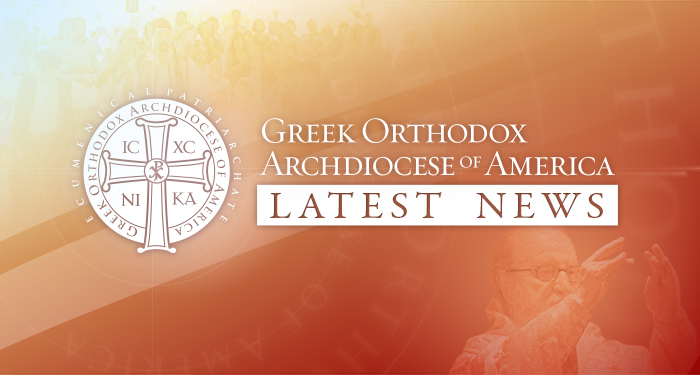 The Archdiocesan Council of the Greek Orthodox Archdiocese of America, under the chairmanship of Archbishop Demetrios of America, convened in New York for its regularly scheduled fall meeting October 19th to 20th. During the meeting, the Archdiocesan Council was updated on the financial situation of the Archdiocese.The Council reaffirmed its strong commitment to implement appropriate controls and procedures at the Archdiocese and reaffirmed its dedication to accountability and transparency. For more information please refer to press release at https://www.goarch.org/-/archdiocesan-council-receives-full-report-on-financial-situation

The Archdiocese is working expeditiously and diligently to address its financial challenges, all of which are controllable and manageable. By the Grace of God, in a matter of a few short months, the Archdiocese has taken unprecedented and concrete actions to establish the foundation for a strong future. His Eminence, Archbishop Demetrios of America, our Holy Eparchial Synod, the Executive Committee and the Archdiocesan Council are working together to bring integrity to the operations of the Archdiocese.

Unprecedented actions have been taken in both substance and speed to reestablish the trust with the Faithful. These actions include the appointment of new lay leadership at the highest levels, the assignment of new people to critical senior management positions, the implementation of new internal controls, practices and procedures, the appointment of highly qualified professionals to serve on independent audit committees, the retention of accounting firms for various independent audits and reports, and very significant cost reductions. The following is a comprehensive review of the concrete actions taken in furtherance of its objectives of providing accountability and transparency to the Faithful:

The Holy Eparchial Synod announced on October 20, 2017, that the Archdiocese 2018 assessments to the Metropolises would remain frozen at the 2017 level. This action was an act of good faith taken by the Holy Eparchial Synod, the Executive Committee and the Archdiocesan Council towards the Metropolises and our Parishes to begin the process of reestablishing trust with the Archdiocese. This action highlights the efforts by the GOA to solve its financial problems without increasing the burden to our parishes.  The 7.74% increase, which had already been approved by the 2016 Clergy-Laity Congress, was rescinded, representing a significant savings to parishes for 2018. Under the guidelines of the Uniform Parish Regulations (UPR), Metropolises are determining individual Parish assessments for 2018 within the context of a level Metropolis budget for both 2017 and 2018.

Archbishop Demetrios announced the appointment of a new group of financial and legal professionals to serve as members of the Archdiocesan Council’s Standing Audit Committee on November 9, 2017. The responsibilities of the Audit Committee will include assessing the reliability and accuracy of financial reporting; selecting external auditors; meeting with those auditors to review audit plans and results; reviewing internal controls and developing any necessary remediation plans; and monitoring compliance with applicable laws and regulations pertaining to financial controls. For more information please refer to press release at www.goarch.org/-/audit-committee-appointed-by-archbishop-demetrios

The new Audit Committee is working with the GOA’s finance staff to complete the Archdiocese’s 2016 financial audit by Grant Thornton. To promote accountability and transparency, audited financials will be provided, on an annual basis, to the Archdiocesan Council, the Parishes and the Faithful.

The Executive Committee of the Archdiocesan Council of the Greek Orthodox Archdiocese of America formed an independent Special Investigative Committee related to St. Nicholas National Shrine, at a special meeting on November 21, 2017. The Special Investigative Committee will investigate and evaluate expenditures related to the St. Nicholas Shrine construction project, and the potential use of certain St. Nicholas Shrine restricted funds for the payment of Archdiocesan general operating expenses. This special committee will make a report of its findings and recommendations to the Executive Committee, which will share the results of the investigation and recommendations with, among others, the Legal and Audit committees. It has been asked to provide a preliminary report within ninety days and periodic updates, thereafter. BakerHostetler and PwC will serve as independent legal counsel and independent accountants, respectively. For more information, please refer to press release at www.goarch.org/-/executive-committee-establishes-special-investigative-committee-for-st-nicholas-national-shrine

The Archdiocese retained Grant Thornton to conduct a thorough operations review.Grant Thornton completed the Operations Review after almost six months of work,and submitted its report on December 1, 2017. This highly technical document will act as a critical tool for the Archdiocese with respect to becoming a world-class not-for-profit institution from an internal controls, practices and procedures perspective.An executive summary of the findings and recommendations of the Grant Thornton Operations Review will be shared with the Executive Committee, and the National Finance, Audit and Legal Committees.  It should be noted that, with the blessing of His Eminence, Archbishop Demetrios of America, the Archdiocese started the process of improving internal controls beginning in April 2017, well before the engagement of Grant Thornton.

Review and Reconciliation of Archdiocese Payroll

An accounting specialist firm, Kiwi Associates, began a review of the Archdiocese’s payroll and compensation on December 1, 2017. Kiwi Associates will make a report of its findings to the Executive Committee, the Audit Committee and the Legal Committee.

Archon Lou Kircos, new Chairman of the Finance Committee, has established a new Budget Sub-Committee that is working with the GOA’s Chancellor, Officers and Finance Staff with respect to the creation of a 2018 budget. This budget will be constructed from the ground up, and reflect the actual financial position of the Archdiocese. The Budget Sub-Committee will then meet with the Archdiocesan Chief Financial Officer and finance staff regularly to monitor variances in the budget relative to actual performance to ensure integrity.

Expenses Related To The Multiple Audits, Investigations and Reports

The Grant Thornton operations review and the payroll review by Kiwi Associates were funded by a private donor. The Archdiocese expects that the expenses related to the Special Investigative Committee for St. Nicholas will be funded by private donors. The GOA has not incurred any expense in connection with these various undertakings to date.

The Archdiocese recognizes and appreciates the continuing strong stewardship by its Parishes. The Finance Committee reports that through November 30, 2017, GOA’s Total Commitment receipts are $1,435,000 more than the same period a year ago, an increase of 7.9%.