Reps. Maloney and Bilirakis Host Joint Meeting with Ambassador Pyatt to Discuss the Future of Greece and the U.S.-Greece Relationship 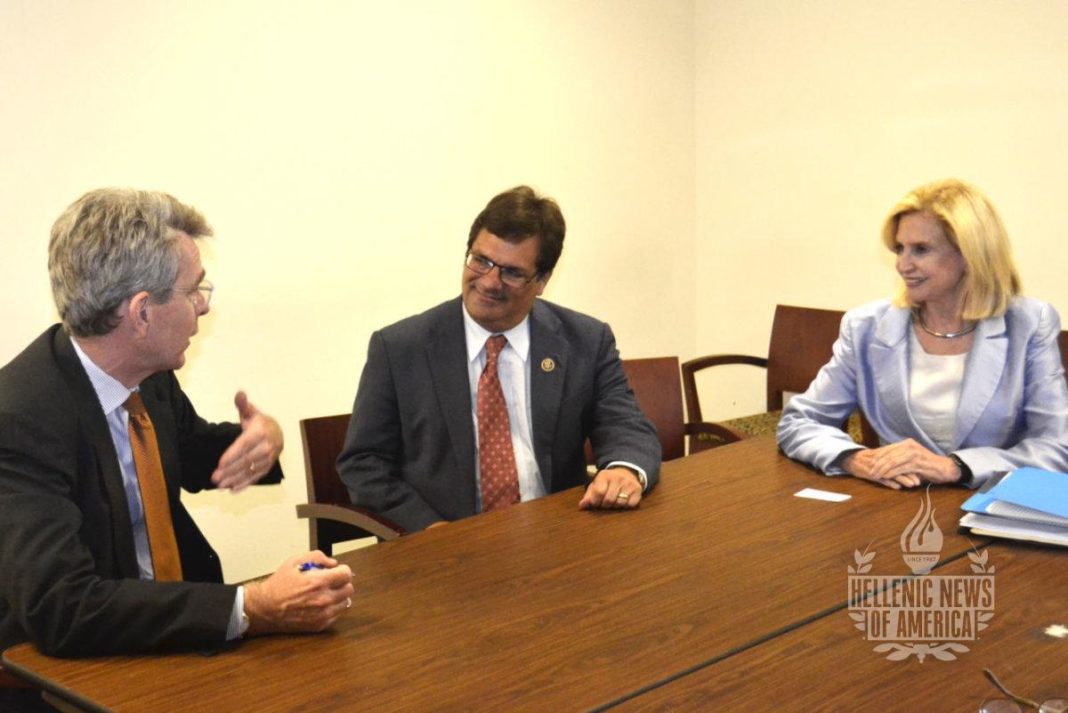 WASHINGTON, DC – Congresswoman Carolyn B. Maloney (NY-12) and Congressman Gus Bilirakis (FL-12), co-chairs of the Congressional Caucus on Hellenic Issues, yesterday hosted a joint meeting with U.S. Ambassador to Greece Geoffrey Pyatt, ahead of his swearing in on September 28, to discuss the future of Greece and the relationship between Greece and the United States. Representatives Lee Zeldin (NY-01), Dina Titus (NV-01), Niki Tsongas (MA-03), Anna Eshoo (CA-18) and John Sarbanes (MD-03) also joined the meeting.

“It is my honor and privilege to represent one of the largest Hellenic communities in the United States and outside of Greece and Cyprus, and I was pleased to have the opportunity to meet with the newly confirmed U.S. Ambassador to Greece to discuss the issues of concern to the American Hellenic community,” said Rep. Maloney. “I was happy to hear Ambassador Pyatt’s strong commitment to maintaining the extremely important relationship our countries share, as well his plans to provide U.S. support to Greece as it recovers and rebuilds its economy. There are many ways the U.S. can assist Greece, including attracting foreign investment through agencies like the Overseas Private Investment Corporation (OPIC). At the urging of Rep. Bilirakis and myself, OPIC released a statement of policy confirming that the agency will accept proposals for investment projects in Greece that will benefit both investors and the Greek people. The economic recovery of Greece is vital not only to its people but also to the region and our allies throughout Europe. As the Ambassador said in our meeting, ‘Europe can’t succeed if Greece doesn’t succeed.'”

“I was very encouraged by our meeting between newly-appointed U.S. Ambassador to Greece Geoff Pyatt to Greece and Hellenic Caucus members,” saidRep. Bilirakis. “Having previously served as our ambassador to the Ukraine, Ambassador Pyatt is no stranger to challenges and will bring a wealth of experience to his new post. I am confident that he will continue to represent the United States abroad to his utmost, and I look forward to working with him to ensure our longtime strategic ally in the Eastern Mediterranean, Greece, is the beneficiary of economic, energy, and defense security that is fostered by the United States and other  regional allies like Israel and Cyprus.” 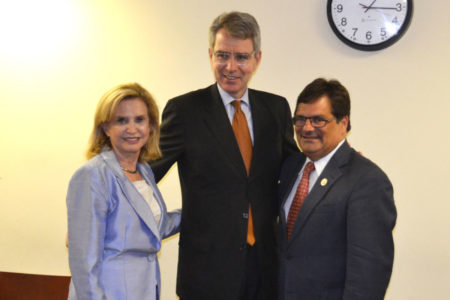