On the Road in Greece: Prince Philip, Duke of Edinburgh Greek Roots

‘Greek4ForYou’ campaign will continue in 2022 and also in 2023, says dep. tourism minister

Queen Elizabeth II and Prince Philip celebrated their 70th wedding anniversary on Monday, November 20, 2017. The Queen is the first monarch in British history to celebrate a platinum wedding anniversary. What about the other half? It takes two persons to make a successful marriage. Men, who have been denigrated lately in US news play a significant role in the success of a family.

Mon Repos on the ancient city of Corcyra (Corfu) with extraordinary natural gardens is the birthplace of Prince Philip, Duke of Edinburgh. “When in 1948 HRH Princess Elizabeth, the present Queen, married the Greek Orthodox Prince Philip, the present Duke of Edinburgh, he was officially required to cease to be Orthodox (although he never ceased to make the Orthodox sign of the cross in public).”1 Amazing! 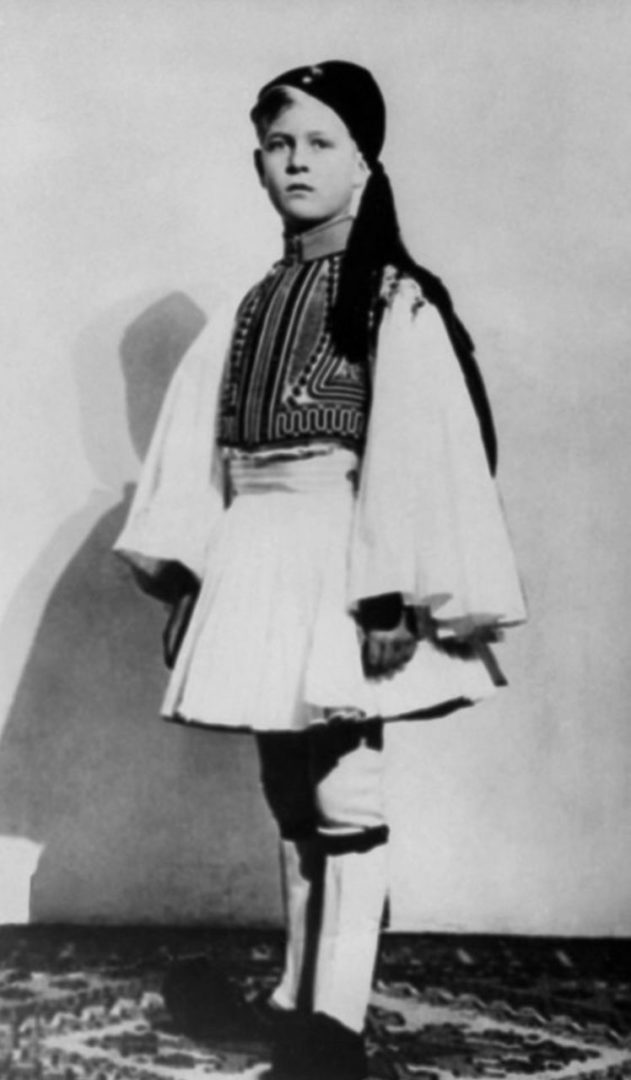 Prince Philip was baptized into the Greek Orthodox Church and brought up in a devoutly religious family. His great- aunt died for her faith, according to Prince Philip, while his mother, Princess Alice of Battenberg, became a nun after she was widowed. She created a private chapel for herself in Buckingham Palace which was hastily dismantled following her death in 1969.2  She can be seen dressed as an Orthodox nun on the balcony of Buckingham Palace in photographs on various public occasions in the 1950’s. Her remains were buried at a Russian Orthodox convent in Jerusalem, as she had wished.

After many years of not practicing his faith, HRH Prince Philip returned to Orthodoxy in the early 1990’s. In an article of that time written by Giles Milton (‘The Spectator’, 14 March 1992), it was revealed that in May 1991 he had spoken in private to a Russian Orthodox bishop in London and for June 1993 he was planning a meeting with the Patriarch of Constantinople, a visit to the Holy Mountain of Athos in Northern Greece and a visit to the Patriarch of Moscow. In the same article, the Prince’s words to an Orthodox conference on Ecology in Crete in November 1991 were also quoted:

‘The Orthodox Church has always known that every form of religious expression, worship, prayer, festival, preaching, monastic life or mysticism – can provide the inspiration to a practical response to the ecological crisis’.3  This is not seen in the mainstream press.

John Tavener (b 1944) extracts from William Shakespeare: Hamlet and the Orthodox Funeral Service, an Orthodox Hymn, was played as they were bringing Princess Diana’s casket out of the church.4

The question of Prince Philip’s religion was brought to King George VI’s attention some months before Philip was to marry George’s daughter, Princess Elizabeth by Dr. Geoffrey Fisher, Archbishop of Canterbury.

“Sir, there is a matter upon which I should consult Your Majesty.  There was a paragraph in The Times which said that while Lieutenant Mountbatten was baptized into the Greek Orthodox Church he appears “always to have regarded himself as an Anglican.”  The same paragraph also misrepresented the relations between the Church of England and the Orthodox Church, but I need not trouble Your Majesty with that.

In the Church of England we are always ready to minister to members of the Orthodox Church and to admit to the Sacrament.  No difficulty therefore arises of any sort on our side from the fact that Lieutenant Mountbatten was baptized into the Orthodox Church.  At the same time, unless he is officially received into the Church of England, he remains a member of the Greek Orthodox Church, which, though on the closest and most friendly terms with us, is not able to enter full communion with us.  If it is true that Lieutenant Mountbatten has always regarded himself as an Anglican I suggest for Your Majesty’s consideration that there would be an advantage if he were officially received into the Church of England.  It can be done privately and very simply.  It may be that you and Princess Elizabeth would feel it more fitting and happy that he should thus have his position regularized as a member of the Church of England.5 My immigrant grandparents were encouraged to go to the Anglican church on the east side of New York, 100 years ago, because they were the closest Christian church to their Orthodox faith. 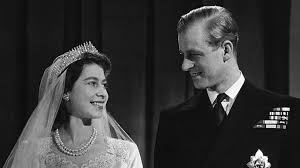 “The prince has been a major public figure in the United Kingdom since 1947, when he was married to Princess Elizabeth, then the heir to the British throne. Although he had served in the British Navy during the Second World War, he in fact was Greek, a prince of Greece’s royal family. His blood is as blue as it can be. His grandfather was king of Greece. His great-aunt was the last czarina of Russia, a cousin queen of Spain, an aunt queen of Sweden.

His Mother’s aunt, Elizabeth, born a princess of Hesse, another small German principality, married into the Russian royal family. Russia was filled with turmoil. Her husband was assassinated. The assassin was caught. Elizabeth went to visit him in prison, urging him to come to peace with God.

Then, Elizabeth herself became a nun.

Her place in a convent meant nothing when Communists took control of Russia after its Revolution. She was arrested, and along with several of her late husband’s relatives, she was taken to an abandoned mine. The Communists literally threw them all down in mine shaft. At the bottom of the shaft, all died, but apparently not instantly.

When their bodies were discovered, it was seen that some, including Elizabeth, lingered for a while. She tore her nun’s veil to make bandages for those in the group who were injured.

The Russian Orthodox Church considers her a saint. Her family buried her in the magnificent Orthodox church on the Mount of Olives in Jerusalem. When Princess Alice died, she was buried beside her.6

When Germany invaded Greece in the Second World War, Princess Alice, Prince Philip’s mother, by then a widow, fought back.  She aided Greek Jews as they tried to flee the Germans. It was risky. It could have cost her life itself. She was a princess, but the Germans played for keeps. In any case, she survived. Her name is listed among the “Righteous Gentiles,” the people whom the Israeli government regards as heroic in helping Jews to escape annihilation under the Germans.

AT THE age of 70, (in 1992) Prince Philip seems to be in a reflective mood. A glance at his diary for the following year suggests that, though he converted to Anglicanism on his marriage to the Queen, he is anxious to rediscover his Greek Orthodox roots. He has personally planned many foreign trips that will take him on a pilgrim- age to the holy peninsula of Mount Athos and to meetings with Patriarchs of the Eastern Orthodox Church.

“The strong relationship between Prince Philip and the Orthodox Church seems to be a meeting of like minds. ‘We all had a very interesting discussion in Crete as to whether Prince Philip was still Orthodox or not,’ says Palmer. ‘The monks said his con- version to Anglicanism 49 years ago didn’t matter because he was baptized Orthodox and that is all that really counts.’”7