Home Greek Culture Greek American culture On the Road in Greece: St. Spyridon Church, Corfu City
Share
Email
Facebook
Twitter
Google+
By Catherine Tsounis, Contributor
Seeing St. Spyridon Church was a deeply moving experience. Inspring. A church that is known throughout the world. Russian language signs line the novelty stores. A merchant told me in May 2017 that “we have many worshippers from the Balkan countries.” “The Durrells in Corfu”, that is on PBS TV, was being televised in Corfu City when I was there. The town’s public and private workers aided them in their production.
The Church of Saint Spyridon is situated in the heart of Corfu town just behind the Liston. Originally the church was built in San Rocco square but in 1590 was built at its present location. The exterior of the church is typical of the Venetian architecture and its bell tower is the highest point in the town ensuring it can be seen for miles and when approaching by sea. The bell tower built in 1620 is plain and squarely profiled in an Italian style which resembles the Greek Church St. Giorgio’s Del Greci bell tower in Venice, which I visited in October, 2017. Underneath the bell there is a clock with Latin numbers and gold pointers. My visit to Corfu city inspired my trip to Venice in October 2017.
The top of the church is divided into 17 parts with golden frames painted by the artist, Panagiotis Doxaras, in 1727. However due to humidity these initial painting were destroyed and in 1852 the top of the church was restored by the artist Nikolaos Aspiotis. Saint Spyridon, who is considered the keeper of Corfu and his remains can be found in the church behind the Altar, housed in a shrine made in Vienna in 1867. His remains are carried around the town of Corfu four times a year to celebrate his miracles ( http://realcorfu.com/church-of-agios-spyridon-corfu-town).
Link:
album: https://photos.app.goo.gl/IvmKlXL33zsIL5W23 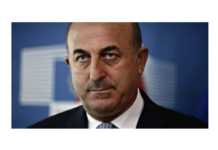