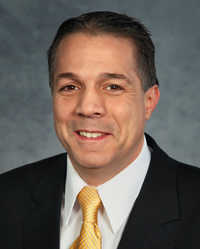 Anyone who has spent the last few months working from home understands this pandemic creates logistical difficulties. From the youngsters dealing with the difficulties of trying to engage with online learning in place of face-to-face classes to remote workers who have to regularly negotiate the disruptions that slow internet speeds can bring to our daily diet of Zoom meetings, we’ve all learned that despite the best of intentions, the best laid plans for dealing with the new normal of social distancing and remote activities doesn’t always work as well as we would like.

Voting in a time of pandemic is likely to bring it’s own slew of obstacles to overcome and relying primarily on mail balloting may not be the best approach. While Rhode Island is well-positioned to take advantage of early (or emergency) voting opportunities, Secretary of State Nellie Gorbea has decided to essentially go all-in on mail-in voting, choosing to send every registered voter in the state a mail ballot application. Some 690,000 people will receive these applications at a cost of $480,000, according to Secretary Gorbea’s office.

She is taking this step without the legal authority to do so, that is the General Assembly’s responsibility and while it is unfortunate that the bill that would have required applications be sent to every Rhode Island voter before the November 3 general election.   did not pass, it does not allow the state’s top election official to pretend the law allows her to do it. That means her action is open to legal challenge, creating the potential for confusion and disruptions in the weeks ahead. At the same time, her move puts a significant burden on local election officials who could be overwhelmed by an unexpected flood of mail ballots.

But even more importantly, Secretary Gorbea is assuming the good faith and intent of the United States Postal Service at a time when there are legitimate concerns that the leadership of the USPS may be playing politics with the voting process. There have been stories of deliberate attempts by Postmaster Louis DeJoy to slow down mail service and remove the equipment necessary to sort mail in key locations. And the day Secretary Gorbea announced her mail ballot plan, the USPS sent a confusing postcard to voters misstating what some of them had to do in order to complete their mail ballot and return it in a timely way.

Furthermore, just last week, Pro Publica reported that the USPS has been crippled by COVID-19, with the number of postal workers testing positive tripling from June to September, with more than 8% of the agency’s 630,000 employees taking time off during the pandemic either because they were ill, needed to quarantine or had to take care of a sick family members.  A high rate of absence could further slow postal deliveries in the coming weeks.

And just last Friday, in Fairfax, Virginia, voters turned out for the first day of in-person voting, with many telling local television stations that they simply did not trust the USPS to deliver their ballots on time.

Rhode Islanders will have the chance to vote in-person every business day before the election beginning Wednesday, October 14. That should be the option our elected officials should be focusing on, giving people a chance to cast their ballot at the polling places without taking the chance of making a mistake in the mail ballot process that could wind up having their vote challenged or even rejected. It’s the safest, most reliable way to ensure every vote is counted in this particularly important election. Calling for people to take advantage of this option, one that was passed into law by the General Assembly, should be the focal point of the Secretary of State’s energy and focus in the coming weeks, rather than trying to grab headlines by assuming legislative authority she does not possess, in support of a voting option that is fraught with potential difficulties at this particular moment in time.