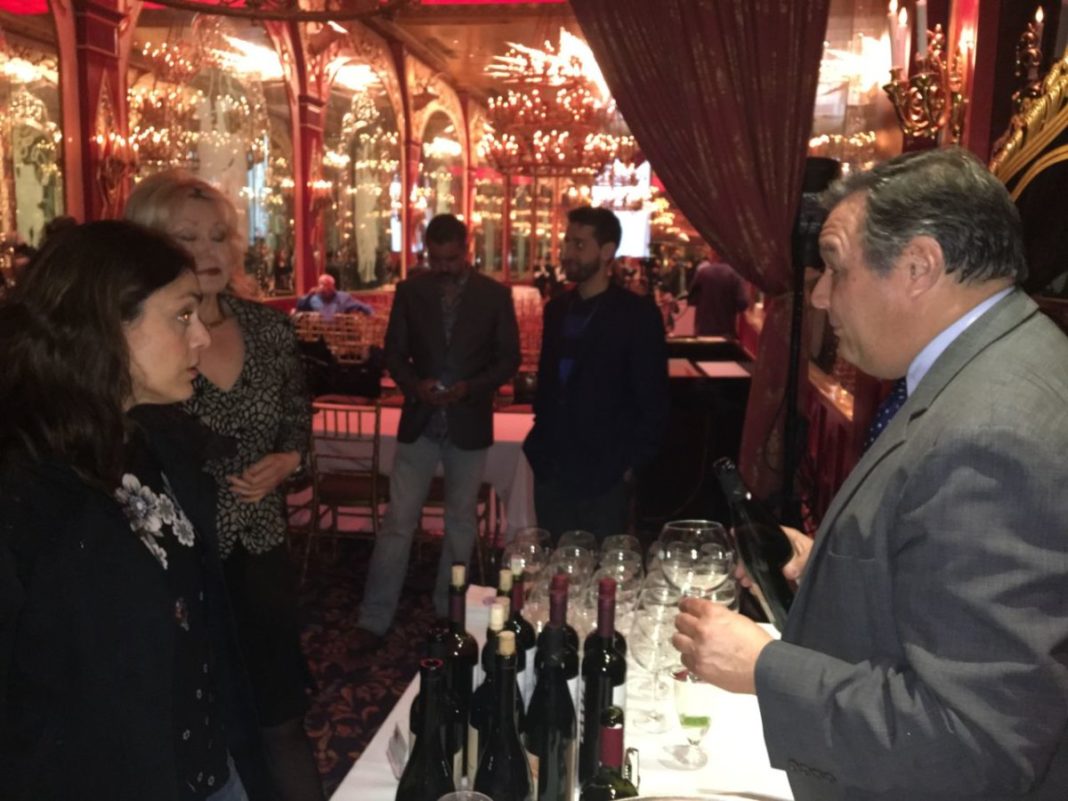 On April 24, the 2017 Hermes Expo International took place at its kick-off event at the Russian Tea Room in New York City.

The “Taste of Hellas” event was met with a great turnout, where founder and president Mr. Paul Kotrotsios made the opening remarks, as he greeted his special guest speakers. The event was sponsored by the EMBCA, Mr. Loui Katsos, President and the Queens Chamber of Commerce.

Following these five motivational speeches, the participants and members of the media were able to network with each other, and simultaneously enjoy the finest samples of food that the Greek cuisine has to offer. These savory delights included baklava, “keftedakia” or meatballs, as well as olive oils, olives and cheeses.

In the audience were several esteemed college professors, including Dr. Nicholas Alexiou (Sociology) and Professor Doreen Schmitt (Anthropology, Linguists), both of which were past recipients of the “President’s Award for Excellence in Teaching” at Queens College- CUNY.

Overall, this year’s “Taste of Hellas” kick-off event for the Hermes Expo was exceptional. It was well-planned, well-executed and very informative. For the 27th consecutive year, Mr. Kotrotsios and this team of business professionals continue to outdo themselves, and they epitome the best that Greek businesses have to offer in America. Bravo.

For more information on the Hermes Expo International, check out its official website.

Previous article
ΤΑ 7 ΠΡΕΠΕΙ ΤΟΥ ΓΑΜΟΥ
Next article
You are All Invited to the 26th Hermes Expo, the Premier Networking Exhibition for the Greek American & Philhellenic Businesses & Professionals