CommunityThe Bicentennial of 1821 and the future of Hellenism
Community

The Bicentennial of 1821 and the future of Hellenism 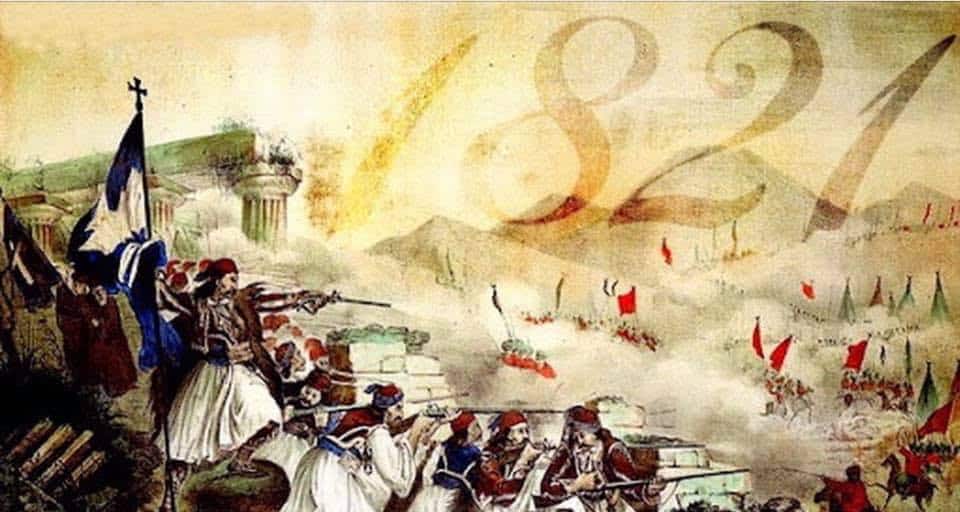 The Revolution of 1821 in essence started in 1814 at the port city of Odessa that belonged to Russia at that time. There in a secret meeting three immigrant Greeks, i.e. Nikolaos Skoufas, Emmanuel Xanthos and Athanasios Tsakalof, created a secret society that they called Filike Etaireia, i.e. Society of Friends. This Society of Friends consumed all the energy and creativity of its founders and slowly its organization expanded to other parts of Russia, to Wallachia and Moldavia, i.e. today’s Romania, to Constantinople and other cities within the Ottoman Empire and especially in the area of Peloponnesus. Its organization was based on a pyramid model where most of the membership was at the bottom and the leadership at the top. After many twists and turns since 1814, the Society felt it was time to proceed with the Revolution. And we all know of March 25th, 1821, and the blessing of the flag at Agia Lavra near Kalavryta by the Bishop of Palaion Patron Germanos. In reality, however, the Revolution started earlier, i.e. on February 22, 1821, in Moldavia, today’s Romania, which had a sizable Greek population and was governed for quite some time by Greek Princes, under the suzerainty of the Sultan.

The Revolution in Romania that lasted six months had a heroic but tragic end in September of 1821 when its last fighters under their leader George Olympius blew themselves up at the Monastery of Secu. On the contrary the Revolution in Greece, with Peloponnesus as its epicenter, was successful. After ten years of war and utter desolation, a small part of today’s Greece was liberated and became an independent state in 1830. It included Peloponnesus, Attica, Sterea Ellas and a few islands near Attica and Peloponnesus. Thus after ten years of immense and intense suffering, the mini-state of Greece became a free country, with its first Governor Ioannis Kapodistrias (1776-1831), who arrived at the city of Nauplion, the country’s first capital, on January 7, 1828.

In the two hundred years since the Revolution Greece has made many important strides in several areas. Its territory multiplied through many wars, its economy from utter devastation was restored and much improved, its transportation system was totally revamped and changed and its educational system has become one of the most advanced in Europe. Most importantly, in a number of important indices, i.e. health, education, economy, human rights, etc. Greece exceeds those of its former boss, i.e. Turkey. However, Turkey due to its very large population and hence a large and expanding economy and undemocratic governance has recently become a serious threat to Greece. Its belligerent stand, unreasonable demands and bravado have made Turkey a menace to Greece and its neighbors. Thus, there is a serious risk of a Turkish attack against Greece during the year of her Bicentennial Celebration! This situation necessitates the creation of a new Filike Etaireia.

And as the first Filike Etaireia was created in a very prominent area of the Greeks of the Diaspora, it behooves us that the new Etaireia be created at today’s most prominent area of the Greek Diaspora and that area is none else than the USA. The Greeks of the USA live in a blessed country that respects “life, liberty and the pursuit of happiness.” These are the same ideals that the Greeks pursue for over two thousand years. Three passionate immigrant Greeks of average wealth and education, but immense love for their enslaved country were able to change our history. Today we have dozens of billionaire Greeks in the USA who could undertake a similar task to save Greece, and the Greek Americans, without any fear from a Czar or a repressive Government. On the contrary, they could have the help of many friends of Greece in their work. Today’s Greek Americans have the money, the education, and the ability to achieve anything they wish! The only thing they are missing is the focus on a goal, the perseverance and the team spirit needed to attain that goal. They can only look at the Jews and their achievements to take courage and inspiration. The Jews helped Israel to build itself, to win all three wars against her larger opponents and make Israel today one of the most organized, wealthy, and advanced countries in the world. In the US they maintain ten Colleges of Theology and five universities with Yeshiva U. and Brandeis U., as their flagship schools in Theology and Academia.

Our own achievements compared to those of the Jews pale by comparison. We can hardly maintain Hellenic College/Holy Cross, some of our day schools have closed, our teachers are not properly compensated, our institutions suffer, and our social infrastructure is quite poor. The epidemic of Covid-19 showed us all the cracks that our system suffers from. Businesses close, people become poor and destitute, and some churches are close to closing down. At the same time some of our fortunate brothers and sisters try to further increase their wealth. Wealth by itself cannot make us happy. It needs a purpose. It needs a direction toward the “greater good” and our less fortunate brothers and sisters.

That’s why we need a New Filike Etaireia to take care of Hellenism here and abroad and make Modern Greeks be proud not only of their forefathers but also of themselves. While we gave to the world such words as Organization, Philanthropy, Filotimo, and Arete, it seems that we forgot to keep and use them ourselves! We need a few, proud and dedicated individuals that will create a new Filike Etaireia and start a “New Revolution.” We have the money, we have the education. We need the dedication and resolve to undertake the formidable task of revamping and reshaping Greece, the Greek American world and Hellenism at large. Genoito!