The sun glints off white sand and aqua water as I walk down the stairs to Alikes Beach. One of six major beaches on Ammouliani Island, Alikes Beach is so beautiful it’s as if a giant pool boy to the gods cleans the crystal clear Aegean Sea rock free for feet to walk on a soft sand floor and swim in pristine water.

I can assume that the god’s may have favored Ammouliani Island and wanted it for themselves. Its wide crescent white sand beaches are fringed with lush vegetation, wild flowers and craggy wind and wave formed rock outcroppings. The topography is gentle yet with hills of enough elevation to provide beautiful views of mist shrouded sacred Mount Athos. Mysterious of all, rarely did a human live on Ammouliani Island for thousands of years.

For most of the past millennium Ammouliani was the property of Vatopedi Monastery on Mount Athos. It was used for fishing and farmland to provide for the monastery – one of 20 vast Greek Orthodox complexes on Mount Athos. Only a few monastery workers lived on Ammouliani until 1925.

The disastrous aftermath of the First World War and upheaval caused by the collapse of the Ottoman Empire led to an unprecedented repatriation of ethnic groups between Greece and former Ottoman lands that became the Republic of Turkey. Vatopedi Monastery ownership of Ammouliani Island ended in 1925 with the establishment of villages for Greek refugees both on the island and mainland.

Less than two square miles in area (5 sq km) and an easy 65 mile (105 km) car or coach bus drive from Thessaloniki, Ammouliani is the only inhabited island of Central Macedonia and the Halkidiki peninsulas. It is located in the Gulf of Mount Athos two miles off the coast of Athos peninsula. In summer ferry service for the 10 minute ride from Tripiti on the mainland is regular and often. In winter the schedule is less frequent and subject to weather.

One permanent resident with a year round business is Sissy Neofitidou of Kastalia Hotel. Sissy is a calm driving force for tourism on the island. She was also my guide during my stay.

Kastalia Hotel, one of several properties owned by Sissy and her family, is typical of the comfortable accommodations found on the island. The well-appointed rooms have kitchens making them convenient apartments for extended island stays. Breakfast in the attractive split-level lobby is bountiful.

Located in Ammouliani Village Kastalia Hotel is conveniently situated for hiking and biking. Ammouliani Village is a charming Greek island town of classic white stucco and blue shuttered houses, shops, the center for bike rentals and boat excursions as well as waterfront restaurants and relaxing bars. Alikis Beach is a mere 10 to 15 minute stroll from the hotel.

Since many of Ammouliani Island’s first residents were Greek refugees from islands and towns on the former Ottoman Empire’s Turkish Aegean coast they brought with them Near East Hellenic traditions and dress. The large stone paved old town square and its ecclesiastical buildings were constructed in the 19th century by the Vatopedi Monastery. The Byzantine icons from Asia Minor venerated in the Church of San Nikolaos are particularly prized.

Next door the Folklore Museum is a living museum. The crafts and recipes of the past are practiced by members of the Cultural Association of Ammouliani and passed down to the generations – such as Amigdalota flowers.

Amigdalota, a traditional almond pastry, is formed into flower shapes, baked and served at weddings, christenings and name days. There is nothing complicated with the recipe for amigdalota pastry: finely ground almonds, sugar, eggs and almond extract – less sweet than marzipan. But the skill required to form the delicate dough into intricate baked flowers takes years of training.

The art of making amigdalota was demonstrated at the Hotel Erotokritos. The Erotokritos sits high on an island hill with panoramic views of the Aegean Sea and Mount Athos. I was served what I can only describe as a Greek version of High Tea – a late afternoon treat of coffee and traditional desserts.

A “buffet” of classic Greek dishes and fresh Aegean seafood is available at any number of island tavernas. With an island as small as Ammouliani many are on the waterfront. At Taverna Tzanis you choose your fish from a market display of dozens of choices. A succulent grilled sargos fish with fresh lime juice was refreshing. 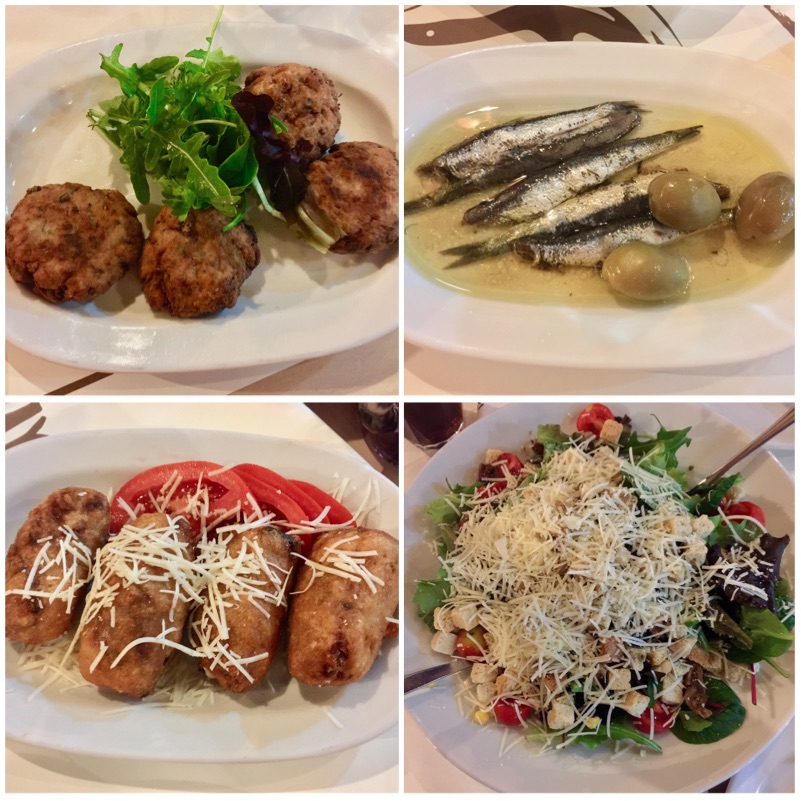 Taverna Glaros, another fine choice, continues the Greek love of having a number of small plates to share among guests. Cheese stuffed zucchini blossoms, fried fish balls, stuffed grape leaves, a variety of salads, raw anchovies marinated in vinegar and oil and wild sea greens gathered from the craggy rocks along the shore are just a few selections from island menus.

For a relaxing nighttime venue Dimitrias Boskos has created Aelia Summer Cocktail Bar on the Ammouliani Village waterfront. The American generated cocktail revolution has been slow to catch on in Europe, but Greeks have rapidly developed expertise in this art. Besides the quality cocktails and attractive modern multi-level seating on the waterfront, this being Greece, a meze (tapas sized small plate) is served with drinks.

Ammouliani Island is justifiably known for its beaches. They all have seasonal beach bars that make the experience more enjoyable. On Alikis Beach, the island’s most famous, Savana and Canteen «O Spiros» serve tasty burgers and Greek classics both on their covered terraces and under their beach umbrellas.

Mainos, the grandfather of current family owner Kostas Voutsac, founded Savana Beach Bar & Grill in 1967. Mainos started selling orange juice and candy from baskets by walking the streets of the island. Sissy remembers as a child waiting for him on his daily circuit.

In 1967 he secured a lease on a prime location at a major entrance to Alikis Beach and within a 20-minute walk from town. He opened a taverna. Taking advantage of the beach and the rocky hillside for panoramic views of Alikis Beach, Mainos’ children renovated Savana into the beach bar in 1995. Its unique design takes full advantage of lush vegetation, rocks, wood and multi level seating made possible by the hillside.

Sissy and Mainos are metaphors for Ammouliani Island. They work hard to maintain two square miles dedicated to effortless relaxation. The gods must have favored Ammouliani Island – its aura is timeless.

When you go: The Athos Peninsula of Halkidiki is a two-hour drive from Thessaloniki and there is comfortable bus transportation to the main port of Ouranoupolis. Thessaloniki International Airport (SKR) connects to major European hubs and Greek cities. Thessaloniki is linked as well by rail and coach bus within Greece and to the Balkans. Car ferry service is available to Ammouliani Village from Tripiti on the Athos Peninsula.

Special Thanks:  Ammouliani Island Tourism and the businesses mentioned in this article for their hospitality. Arrangements were facilitated by Pass Partout Tourism Marketing, DMC, Thessaloniki

Travel with Pen and Palate to Greece and the world every month in the Hellenic News of America.