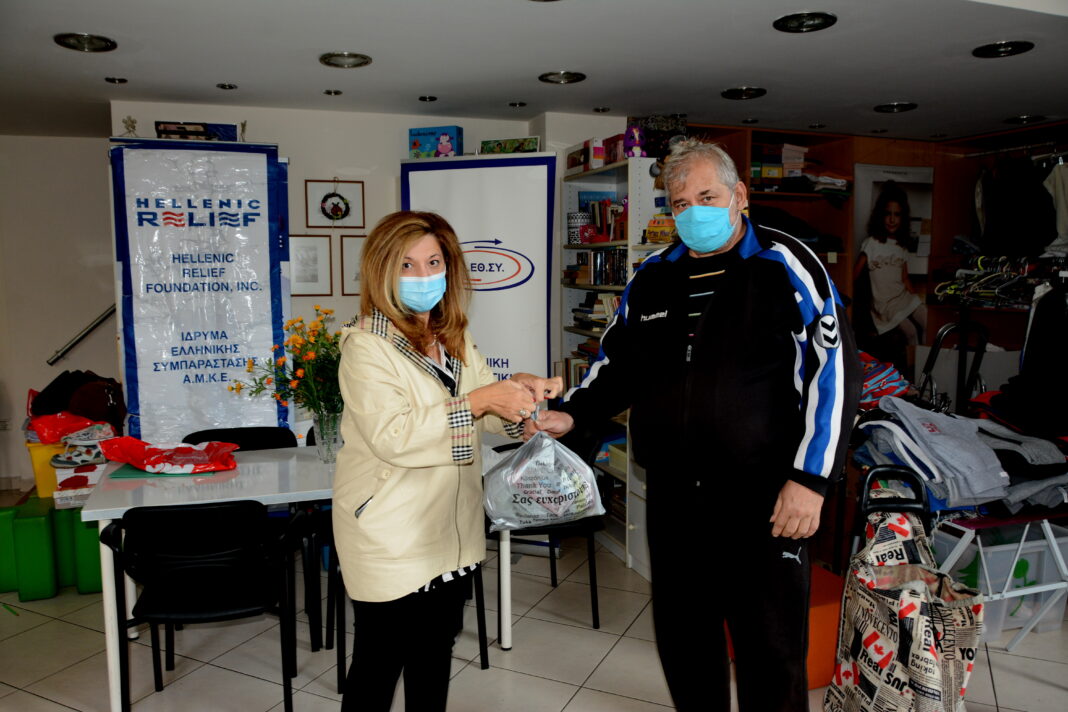 The Hellenic Relief Foundation and their partner organization held their distribution for the month of October at their headquarters in Athens, in partnership with the Social Committee of the Athenian Society, under all COVID health and safety protocols. The food packages, provided to financially weakened families and single households, contained pasta, rice, flour, orzo, oil, vegetables, meat, and more. In total, around 360 food packages were distributed.

As part of the distribution, the beneficiaries had the opportunity to obtain clothing, donated by the omogenia through a number of Philoptochos groups from parishes in New Jersey. In addition, school supplies were offered complements of Max Stores, NEOHART, and the H.R.F.’s partner organization. As per usual, institutions such as the Meropeio Nursing Home of Athens and others were also supported.

As per usual, the distribution efforts are made possible by the monthly support of the H.R.F.’s corporate donors including the N. Konstantopoulou Group, the Social Committee of the Athenian Society, Agrovim, Food Bank, Barba Stathis, Arla Foods, the regional government of Attica, and more.

The COVID-compliant distribution was organized under the direction of Ms. Maria Siourdi, director of the H.R.F’s partner organization, and with the assistance of volunteers including Soula Belli and Emy Spanou.

The Hellenic Relief Foundation Inc. is a non profit organization (501(c)3) and was founded in 2012, with the goal of raising funds in the United States to be used towards the purchase of food items, and other basic necessities for the underprivileged in Greece that have increased in numbers due to the current crisis. To date, around 780,000 dollars have been remitted, and with donations within Greece, as well as volunteered social and medicinal services, the true value of the aid is roughly 1.5 million dollars. The expenses of the HRF are covered by board members. For more information:  www.hellenicrelief.org